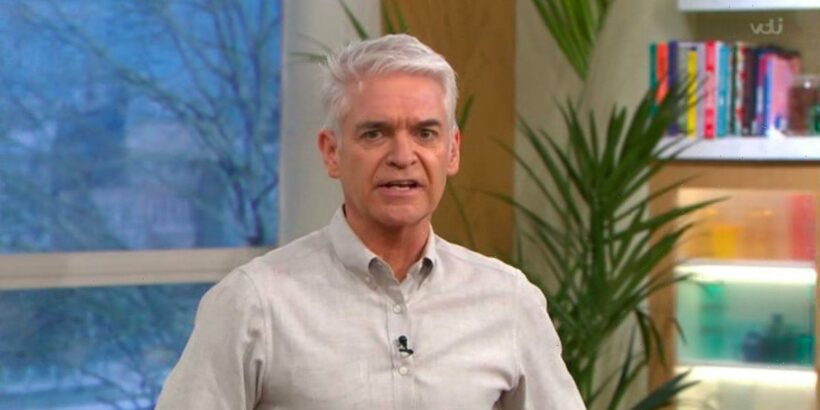 A TikTok star claims he's been talking to Phillip Schofield on social media since he was 17-years-old.

Oli O'Toole, now 21, shared Snapchat messages with the This Morning presenter, 59, to legitimise his claims.

He suggested they began speaking three years ago, before he had turned 18.

The chats were nothing but friendly, with the most recent ones dated February 2020.

The TikTok has 74,000 followers on the app and shared his joy that he and the telly favourite were in touch.

The video – uploaded yesterday – have now been removed from the website.

The messages date back to April 2017 as he shared a number of blurred out exchanges.

Oli has since clarified that they were just speaking as friends, posting on his Instagram Stories: "This is crazy to write but let me explain.

"Phillip Schofield replied to me (a fan) about four times in the space of three years. I posted it as part of a trend on TikTok.

"There is no story, depth or underlying thing. Stop trying to make it something it isn’t."

The popular Manchester user share snippets of the messages on the platform as he lip-synced to Miley Cyrus' hit Ordinary Girl, which featured on her show Hannah Montana.

He wrote on the video clip: "Me when people find out me and Phillip Schofield Snapchat x" and captioned the clip "i see the envy," as he shared it on the app.

He pointed to the messages as he mouthed the lyrics: "Wish that they could see that underneath I'm just an ordinary girl.

"Sometimes I'm lazy. I get bored, I get scared, I feel ignored, I feel happy, I get silly, I choke on my own words."

Daily Star Online has contacted the presenter's reps for comment.

Phillip describes himself in his Snapchat bio as "Film/TV personality".

The video had been viewed almost 350,000 times and had 28,000 likes before it was hauled offline on Tuesday night.

The star shares daughters Molly, 28, and Ruby, 25, with wife Stephanie Lowe, who he separated from last year after coming out as gay.