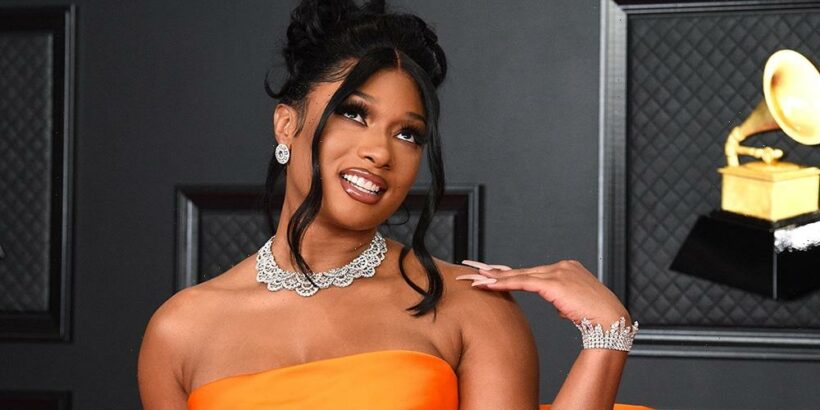 Megan Thee Stallion reigned supreme over TikTok’s year-end music report for the second year in a row, topping their list of artists with the most usage by catalog.

“Cognac Queen,” “Thot Shit” and “Cry Baby” were just a few of Stallion’s songs that kept her at No. 1 this year, sparking many a dance challenge and transformation video. Right behind Stallion is Doja Cat, whose songs “Kiss Me More,” “Get Into It (Yuh)” and “Woman” made major waves on the app. The top 10 artists are as follows:

Beyond showcasing music’s top artists of today, TikTok also proved this year that it has the power to bring oldies back in style. Thanks to mash-ups and remixes, TikTok brought back songs like Boney M’s “Rasputin,” George Michael’s “Careless Whisper” and Bill Bev Devoe’s “Poison.” Here are the top 10 classic tracks that blew up on TikTok in 2021:

TikTok also created a category for songs that aren’t new, but aren’t quite classic, dubbing those tunes “comeback tracks.” The majority of these songs hailed from the early to mid 2000s, with artists ranging from Destiny’s Child to Reba McEntire. As TikTok’s music report points out, these tracks were often used on the app as a show of nostalgia, whether that was to celebrate graduation or pay tribute to a late loved one. The top comeback tracks are listed below:

When it comes to TikTok’s global top songs of 2021, the result is a mix of new and established artists. As has been proven in the past two years, TikTok is more than capable of fostering music’s next big stars, and several of their songs made it onto the top 20 of the year. Masked Wolf’s viral hit “Astronaut in the Ocean” takes the No. 1 spot, with breakout rock band Måneskin’s “Beggin’” right behind. See the rest of the top 20 below, which also includes Megan Thee Stallion, the Kid Laroi and Justin Bieber and Cardi B:

The top genre in the U.S. on TikTok was hip-hop/rap, with pop and dance/electronic falling close behind. From there, R&B/soul, indie/alt, Latin, rock, soundtrack/film/tv, country and comedy followed. Speaking of hip-hop, half of the top 10 tracks in the genre are by women — a welcome stat in the often male-dominated field. See the top 10 U.S. hip-hop tracks below:

As TikTok users know, part of what makes the app so entertaining for music lovers is getting to see a different side of artists through their personal accounts. TikTok compiled the most viewed artist accounts on the app, and unsuprisingly, Lil Nas X took the cake (we may be biased, but he did make a pretty groundbreaking video at our Hitmakers event last week). Lizzo and iHeartMemphis followed suit, with Jason Derulo close behind in the No. 4 spot. Find the top 10 most viewed artists below: