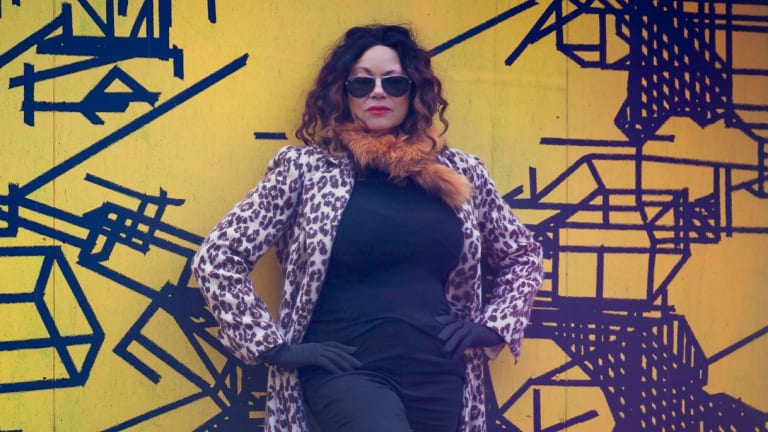 A song is not a finished work of art but a start point. The wonder of the songs on Tina Harrod's recent City of Longing album – mostly written by Harrod and pianist Stu Hunter – is the level of refinement lent by the arrangements, whether these ornately embellish or rigorously strip them back.

Loaded, for instance, rode on such dazzling harmonic and structural devices that it sounded like a soulful version of something Kate Bush might have devised in her heyday. Similarly, Last Man Standing had melodies shooting at you from improbable angles. When Hunter soloed it was as though the song had been cracked open, its essence exploding in a shower of piano.

Trophy Girl, written with bassist Dave Symes, was an odd blend of 1950s R&B overlaid with a robotic keyboard figure, the combination suiting Harrod's lyric content (as implied by the title). To this, guitarist Cameron Deyell added an effects laden, slow-motion, low register guitar solo that was like a surprise lighting change on a scene in a play.

A particular highlight was I Hope I Don't Fall In Love With You, Harrod's urgent vocals delivering a finely-crafted lyric, while drummer Declan Kelly's relentless beat was strafed with savage guitar punctuations and overlaid with ingenious counterpoint lines between horns and backing vocals.

Another was the full 12-piece band giving Charlie's Time Is Up a real punch, before the gloves came off for a Deyell solo that was as raw and brutal as it was sophisticated.

The slow City of Longing had Harrod's voice crying the melody before a slippery Symes bass solo and Until I Hear From You had a measured build to the choral quality of the four-part backing vocals.

The melody of Blinding Light was not only trickily syncopated against the bass line, it revealed Harrod's range of timbres amid the high drama of soaring harmonies and exultant horns. Then the floodgates opened, and Matt Keegan's baritone saxophone poured out of them in a torrent to swamp a lesser band.