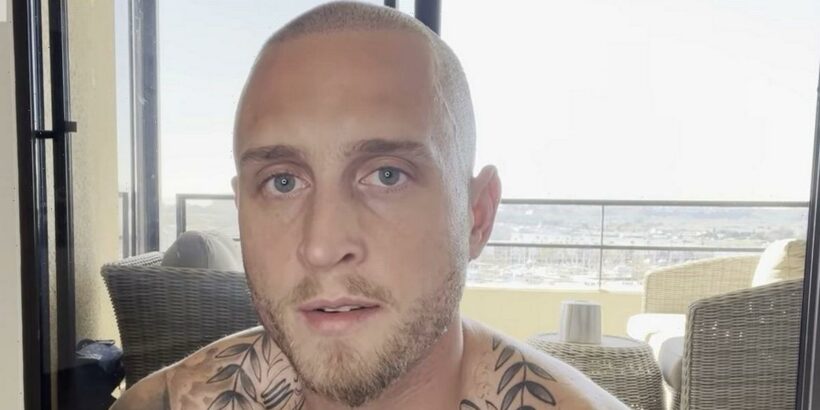 Tom Hank's son Chet Hanks has revealed he never had a "strong male role model" growing up as he struggled to cope with having famous parents and the realities that came with their fame.

The 31-year-old spoke openly to his fans on Youtube about his experience being raised by a father who is well known and how he it impacted his childhood.

Although Chet admitted that he wouldn't have had it any other way, he also expressed that he can often be a "double-edged sword".

Chet explained that he had a lot going for himself as a teen but it caused envy amongst his peers.

But when times did get tough, he never had a strong male presence to help him navigate through it.

He expressed: "Even as a kid, I was a decent looking kid, you know I was athletic, I was good with girls. I kind of had all of the above.

"But because of that it made the fame aspect coupled with that made people hate me even more so.

"And that's what I didn't understand as a kid. Is that people were just jealous of me. They were projecting their own insecurities onto me.

"I needed to hear that as a kid. I didn't have a stong male role model to tell me that. To tell me 'hey bro these people are just jealous of you. You have all these things that they want so they're trying to throw their f***king shade at you, so you can feel sh***y about yourself because they're jealous"

He added: "I needed to hear that, I didn't have anyone to tell me that.

"This is me now, as a man telling the younger version of myself telling him what he needed to hear."

The musician also explained that his experience was "even more complicated" because he wasn't famous in his own right.

However, the star did explain that there are several perks that come with having famous parents.

He said: "There's a lot of advantages, but sometimes it can be pretty weird.

"I got to do a lot of cool s**t that a lot of people don't get the opportunity to do.

"I got to travel the world, stay in nice hotels, fly on private planes and I'm very blessed for that. I wouldn't change my situation."

Chet is the second youngest child out of Tom's four children.

The award-winning actor also has Colin, Elizabeth Anne and Truman.