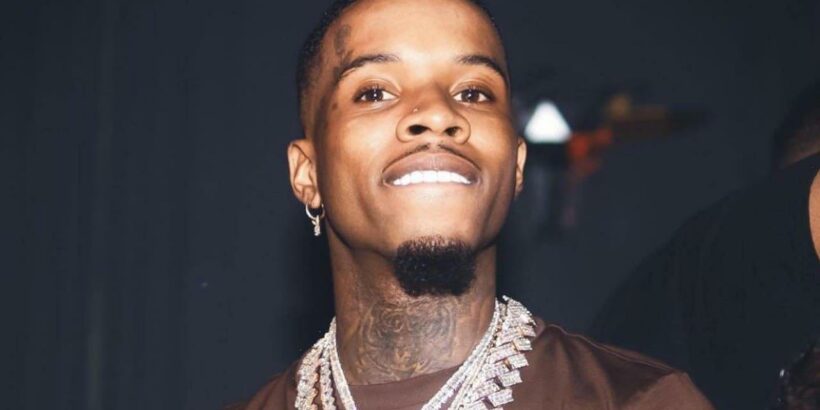 The late singer’s estate accuses the Canadian rapper of copying the former’s 1985 hit for the ‘Enchanted Waterfall’, which hit streaming services in December 2021.

George’s estate called Tory out in a statement shared with Variety. “It was brought to our attention that the song ‘Enchanted Waterfall’ by the artist Tory Lanez incorporated an unauthorized sample of ‘Careless Whisper’ written by George Michael and Andrew Ridgeley,” the statement read.

“Requested permission for this use had been declined in June 2021,” the message added. “So we took immediate action on behalf of the writers, in collaboration with our publishers Warner Chappell Music, to prevent further exploitation as we will not tolerate any unauthorized use of any songs within the catalogues of George Michael and/or Andrew Ridgeley.”

Tory, who has yet to respond to the accusation, dropped “Enchanted Waterfall” and its official music video back in December 2021. The track appeared on his ’80s-inspired fall 2021 album, “Alone at Prom”.

This was not the first time for Tory to face plagiarism allegations. In December, Madonna slammed the “Say It” spitter on Instagram, noting that she had already tried to message him privately regarding his track “Pluto’s Last Comet” sounding like her 1985 song “Into the Groove”.

At that time, the 29-year-old hip-hop star, whose real name is Daystar Shemuel Shua Peterson, posted some pictures of himself on the social media platform. Much to his surprise, the Queen of Pop suddenly attacked him in the comment section, “Read your messages for illegal usage of my song get into the groove!”

“Pluto’s Last Comet” is also one of the tracks of Tory’s “Alone at Prom”. Two days following its release, the “Convertible Burt” spitter unveiled one fun fact about the new album. “One thing I’m proud about FROM #AloneAtProm …… is that there is Litterally ONLY 1 curse word On the whole project,” he boasted.