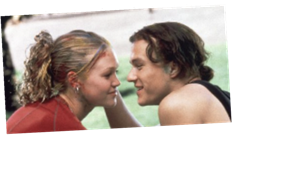 Back in the late 90s rom-coms certainly ruled the box office and 10 Things I Hate About You quickly became one of those big hits.

Given the movie landed at the same time as Melissa Joan Hart's Drive Me Crazy, the film came up against stiff competition, but still triumphed.

After such great success, it's no wonder that in 2009 an attempt was made to revive the production, with a short-lived TV series that never really lived up to expectation.

It's been 22 years today (March 31) since the film – based on Shakespeare's The Taming Of The Shrew – hit the big screens, but the big question is, what are the stars of the movie up to now?

Here, Daily Star explores the cast of 10 Things I Hate About You and what they got up to in the years since the flick.

Gabrielle Union might have possibly been one of the most famous of all cast members.

At the time, Gabrielle confessed that she was uneasy about the role of Chastity because she was a decade older than most of her cast mates.

After the movie, she continued down the line of teen hits, scooping up a starring role in Bring It On in 2000.

The actress later landed roles in Top Five, Cadillac Records and bagged herself her own show on BET, Being Mary Jane.

Recently Gabrielle Union opened up about suffering mental health issues after she'd been diagnosed with perimenopause which is the onset of the menopause early.

US Weekly reported that Gabrielle had explained to Gwyneth Paltrow at Goop Health's virtual summit that she had contemplated suicide at her lowest point.

Gabrielle said: "I fell into something so dark in December that it scared me.

"Instead of my usual problem-solving, immediately my brain, that little inner voice said, 'He's never going to get it unless you're dead.'"

10 Things I Hate About You was the making of Australian actor Heath Ledger, mainly for the scene that saw him take to the stands to serenade the soccer team as his rough-around-the-edges character Patrick.

Another claim to fame, which earned Ledger an Oscar nomination for Best Actor was Brokeback Mountain.

Taking his career to new heights, Ledger landed the legendary role of the Joker in the Dark Knight.

In 2008, the actor tragically died after suffering an accidental overdose before the film even hit the big screens.

He left behind one daughter Matilda, who he shared with his ex girlfriend Michelle Williams.

We couldn't forget the role of feminist teen Kat who goes through the process of loosening up and even takes to the table tops to let her hair down, all before falling head over heels in love, of course.

Julia's career also rocketed after the movie and she found herself as the leading lady in the iconic classic Save The Last Dance.

Ironically, in that particular film she played a character similar to Kat from 10 Things I Hate About You, exploring the world of hip hop through dance – with a sprinkle of romance too.

More recently she won an Emmy Award for her guest role on the Netflix hit Dexter.

In 2017, Stiles married Preston J Cook and the pair share one son together.

Larisa took on the role of Bianca in the teen movie, playing the annoying sister of Kat.

In the film Kat always felt hard done by as her strict dad had set a very clear rule that she wasn't allowed to date until her sister also did.

The problem with this restriction was that feminist Kat had no intention of ever falling in love.

According to reports, Larisa had auditioned for roles of both Kat and Bianca, but had set her heart on playing the role of her anti-mainstream sister instead.

Larisa, to this day, is still best known for her role as the wacky Alex Mack from the Nickelodeon kids programme The Secret World Of Alex Mack, which gave her the super power of morphing into slime.

Joseph played the role of the adorable Cameron James, who went to the extreme lengths of learning French to win over his crush Bianca.

Following his stint in the film, Joseph followed in the same way as many other cast members, with his career propelling after 10 Things I Hate About You.

He appeared in The Dark Knight Rises and Inception before changing paths and trying his hand at directing instead.

In 2014, he and long-term girlfriend Tasha McCauley tied the knot, with the pair sharing two sons together.

Daryl played the role of the easily irritated English teacher Mr Morgan, with Kat and Patrick both forming part of his class.

In 2001, Darly suffered a tragic motorbike crash that left him completely paralysed from the waist down.

The accident didn't stop Daryl from going after his dreams of acting and he made guest appearances on a number of TV series, most notably Ed – An NBC comedy-drama production.