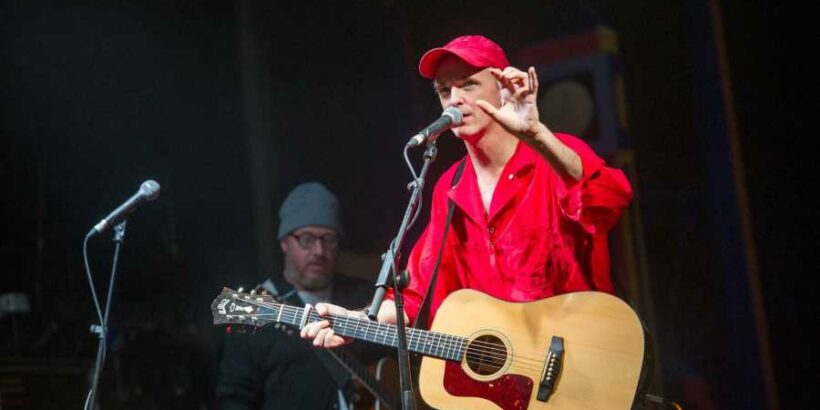 Travis singer Fran Healy sustained a hand injury after being “mauled” by a dog he attempted to rescue from the scene of a car crash.

Taking to his personal Twitter account Thursday to recount the incident, the singer revealed he spotted the Dachshund at the center of a three-car collision close to his home in Los Angeles.

“I was driving down my hill and as I rounded a corner there were 3 cars jackknifed and from the middle of the chaos ran a daschund [sic],” he explained. “So I jumped out and chased it up the hill. Cars bomb down our hill and it would have been toast. So I tried to pick it up and it mauled the shit out [of] my left hand. I held on, hoping to chuck it into our porch but then I slipped and it bolted off, leaving me pishing blood all over the shop.”

Travis' 'Sing' Was Originally About Swinging in the Park

Travis' Big Melodies Intact on 'Where You Stand' – Album Premiere

Having raced back to his house to pour alcohol on the wound, Healy was swiftly despatched to Urgent Care by a team of firefighters who attended the crash. “Now I’m here and my finger is patched up and bloody sore,” he explained.

The dog, whose owner Healy noted lives in a house formerly owned by Stevie Nicks, was unharmed.

Making light of the situation, Healy said: “My friend Phil, who was Dougie’s ghost double in ‘A Ghost’ video, (pop pickers) is quite handy with a headline. He suggested ‘Fran Healy Hospitalized After Freeing a Small Weiner.’”

He also shared a photo of the injury and suggested he “shouldn’t play the guitar for a couple of weeks”.

Meanwhile, it was recently confirmed that Travis will release a 20th-anniversary reissue of their 2001 classic The Invisible Band.

The record, the Glasgow band’s third, reached number one on the U.K. album chart in June 2001 and will be available on CD and as a vinyl box set on December 3rd.