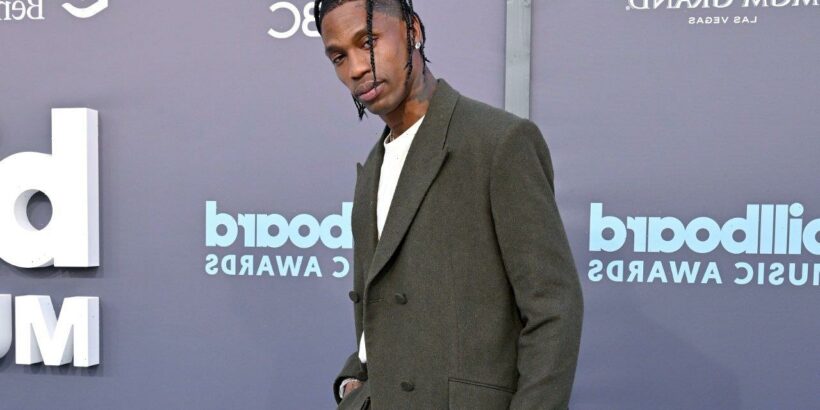 Filing the lawsuit is a woman named Marchelle Ashley Love, who claims she suffered ‘severe injuries’ after getting trampled by the crowd during the rapper’s set at the festival three years ago.

AceShowbiz –Travis Scott (II) has responded to a new lawsuit over 2019 Rolling Loud. Having been accused of inciting a “hazardous” crowd at the festival, the “Goosebumps” hitmaker denied the allegation in a statement.

“This is another blatant, cynical attempt to attack Travis, in this instance for a 3-year-old incident that is deliberately misrepresented,” the emcee’s spokesperson told TMZ. “As even the complaint makes clear, this incident was related to a false report of a shooting mid-show, completely unrelated to Travis’s performance. The video shows police were informing Travis that the show was stopped for that reason – because of the false report – and he fully cooperated.”

“This cheap opportunism is based on a blatant lie that’s easy to detect,” the spokesperson further noted. “And it is particularly telling that this plaintiff’s lawyer didn’t even assert a claim against Travis when he originally filed the complaint on behalf of his client more than two years ago or in four prior VERSIONS of that complaint.”

Filing the lawsuit was a woman named Marchelle Ashley Love, who claimed she suffered “severe injuries” after getting trampled by the crowd during Travis’ set at the 2019 Rolling Loud. She said Travis “continued to verbally and physically incite the crowd to engage in a mosh pit and other hazardous activities” although police told him to stop the gig.

“Despite the fact that Travis Scott was aware of and could clearly see concertgoers being injured, suffocating, losing consciousness, fighting, and being trampled, he continued his performance while authorities were forced to attempt to render aid to these injured concertgoers,” so read the complaint.

Marchelle is not only suing Travis. Sequel Tour Solutions and SLS Consulting and Michael Sheehan, who was the engineer that conducted Rolling Loud’s safety evaluation, are also listed as the defendants.

Earlier this month, a woman named Shanazia Williamson filed a lawsuit against Travis, claiming she suffered a miscarriage after the Astroworld tragedy. She joined more than 1,000 people who are also suing the boyfriend of Kylie Jenner in the wake of the November 2021 incident, which left 10 concertgoers dead.