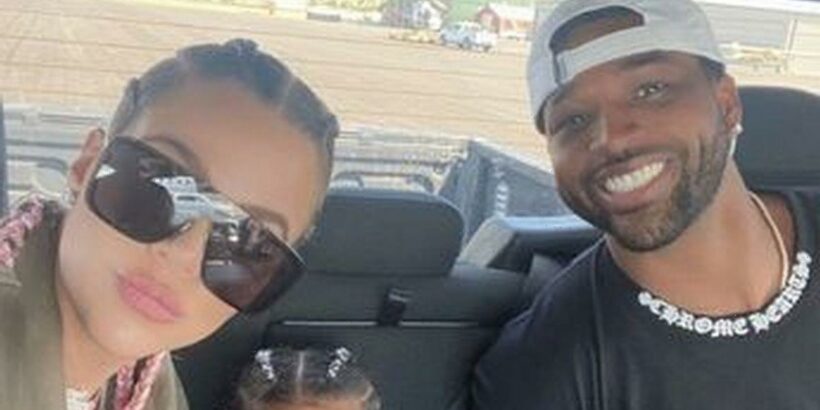 Tristan Thompson appeared to make a dig at his ex Khloe Kardashian on Instagram after it was announced that the two will be having a second child together.

The child was conceived via surrogate before the couple called it quits in December, when Khloe found out that Tristan, 31, had fathered another child with fitness model Maralee Nichols.

The professional basketball player has not commented on the news but appeared to post a thinly veiled insult on Instagram directed at his ex, accompanied by a pensive looking shot on a staircase.

Staring studiously at the floor, he wrote: "You can't fall if you don't climb. No happiness in living your life on the ground. Keep climbing, step by step."

But many fans took offence to the cryptic quote, accusing Tristan of disrespecting the Kardashians star.

One said: "Can’t climb back to [Khloe] though."

While another quipped: "As long as those are not Koko's stairs, climb all you want."

Sources close to the businesswomen exclusively revealed to Daily Star that Khloe and Tristan have no contact, other than to discuss their daughter.

The source also added that the baby was conceived via a surrogate and before it was revealed to Khloe and the public that Tristan had fathered a child with another woman, Maralee Nichols.

A representative confirmed to Daily Star: “We can confirm True will have a sibling who was conceived in November.

"Khloe is incredibly grateful to the extraordinary surrogate for such a beautiful blessing. We’d like to ask for kindness and privacy so that Khloe can focus on her family.”

Despite airing her life on the Hulu hit The Kardashians, she decided to keep the pregnancy relatively secret, with only those close to Khloe reportedly knowing.

Khloe and basketball player Tristan began dating in 2016 and had been on and off until last year.

It comes after Tristan had repeatedly asked for a DNA test in January to prove he was the father after Maralee's claims in a lawsuit that the pair had sexual intercourse over his 30th birthday weekend in March 2021.

The sports star admitted that he had sex with the personal trainer but had denied being the father of her child.

Maralee gave birth to their son on December 1.

In January, he took to his Story to write: "Today paternity test results reveal that I fathered a child with Maralee Nichols.

"I take full responsibility for my actions. Now that paternity has been established. I look forward to amicably raising our son."

He then went on to apologise to Khloe and anyone else who has been affected by the situation.