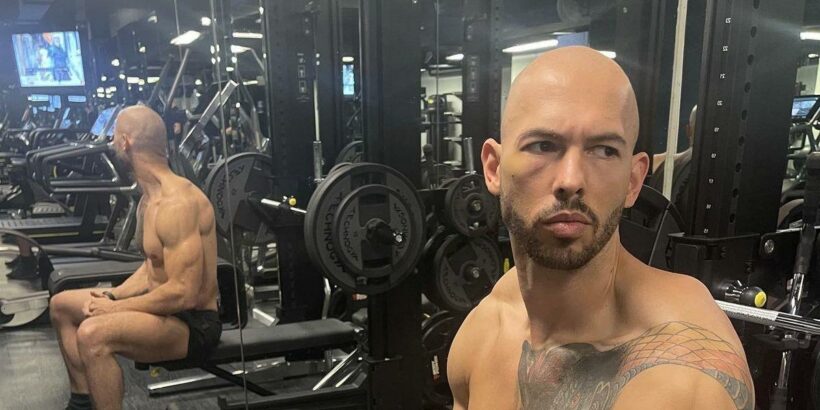 Andrew Tate, who is considered TikTok’s most “dangerous” influencer, has been called out by hosts of The Project who have called for his removal from the video sharing platform.

Tate, a British American kickboxer who turned to podcasting, has skyrocketed to infamy over his misogynistic behaviour.

He has been called out for promoting a toxic “masculine” lifestyle and is considered “dangerous” due to the size of his audience and the influence he has over them.

Andrew often speaks about degrading women and violence towards them, even having made comments about rape to his millions of followers.

However, as his content begins to gain traction, more and more prominent figures in the public eye are coming forward about his behaviour. Host of The Project Rachel Corbett and Australian influencer Abbie Chatfield spoke about Tate and had some very strong opinions about his presence on TikTok.

They discussed his negative message and the impact he has on young people, especially boys, who watch his content.

Rachel spoke out and said: “Kids look at Instagram and TikTok and the idea of 11.6 billion views as a success. That then says that those views must be good because: ‘Look how famous [Tate] is, so then I want to emulate that’. It’s just really dangerous and I feel like TikTok has a responsibility to remove misogynistic posts.”

However, his videos have garnered billions of views and have yet to be removed.

Abbie then added: “I uploaded a TikTok in a white singlet, with a bra on, and it got deleted [within] a minute, but there’s endless videos of [Tate] saying that ‘women are property’ and other extremely vile, misogynistic things. How does that slip through the cracks but me in a singlet [didn’t]?”

Andrew, who has gained notoriety in recent months, has been branded as the “king of toxic masculinity” as he has previously referred to women as “property” and encourages men to live a “hustler” lifestyle.

The Project found that after just a few hours of TikTok, over half of a teenage boy’s content will relate to the podcast host.