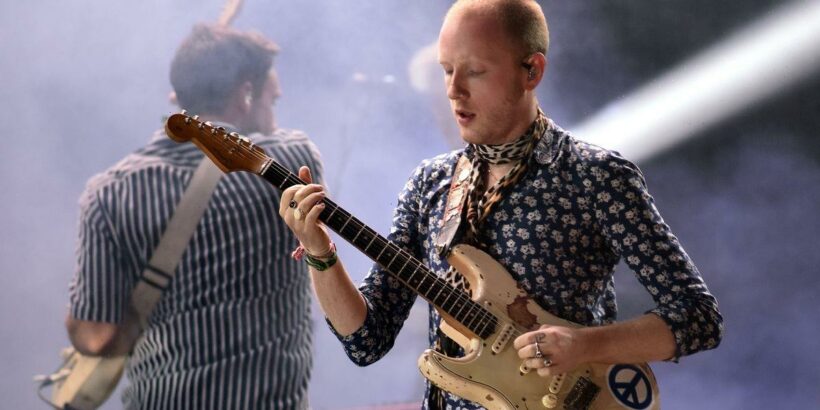 London's Community Festival is set to return this summer – and its blockbuster line-up will include the likes of Two Door Cinema Club, Pale Waves and The Wombats.

The indie festival is back in action after a two year break due to COVID, but it's set to return with a bang at London's Finsbury Park on Saturday 16 July.

Headliners Two Door Cinema Club will join other huge indie acts including The Wombats, Pale Waves, Nothing But Thieves, Alfie Templeman and Circa Waves.

The action-packed rock festival will take place across two stages, and if that wasn't already enough, more acts are yet to be announced for the capital city's iconic outdoor venue.

"It’s been a rough couple of years for live music so we’re very excited to get back to doing what we do best. The lineup is fantastic and we can’t wait to see some of the best established and newest bands."

Indie veterans The Wombats said: "We’re so excited to be heading back to Finsbury Park this July to play Community Festival with such an amazing line up! See you there!!"

Alternative rockers Nothing But Thieves said: "Hometown festival here we go. We loved our last outing at Community Fest and it's about time we finally bring Moral Panic to a London field. Roll up, play a gig, enjoy the festival, stumble home. See ya there."

Community Festival was formed in 2015 by Festival Republic, with the event spread across multiple venues in East London.

The festival has gone on to bag huge headline bands such as Catfish and The Bottlemen in 2017, and in 2019 the annual festival hosted major leaguers like The Kooks, Blossoms and Don Broco.

Other acts on the bill include Abby Roberts, Courting, Police Car Collective, Big Image and Bears in Trees.

Tickets for Community Festival will go on sale here Friday 25th February at 9am.

For more information, fans can head to the festival's website here.