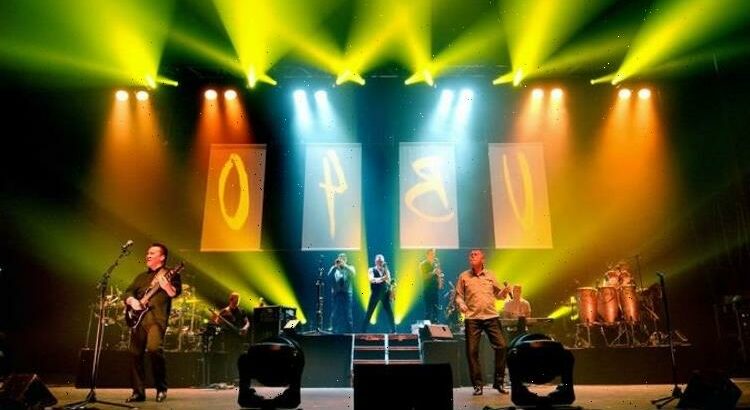 UB40: Ali Campbell says he will not reunite with rest of band

“It was such an iconic venue,” drummer Jimmy Brown tells me. “I’d grown up watching the boxing from there. I thought, this is about as good as it gets.” Six years later, it got better. “We got asked to play South Africa, after Mandela was freed,” recalls guitarist Robin Campbell. “We played to over 70,000 people across three nights in a football stadium in Pretoria – and the audience were singing our songs, songs that had been banned there under the apartheid regime. That was the highest high.”

Jimmy agrees, saying of those 1994 shows, “It felt like we were rubbing shoulders with history.”

UB40 are as Birmingham as the Bullring; their accents still betray their origins in the rougher end of Balsall Heath. But the band of bolshy upstarts were a smash from the start. Their debut single Food For Thought went Top 5 and was the first of forty hits across four decades, including Red Red Wine, One In Ten and Kingston Town.

The band’s blend of loose-limbed rhythms and radical politics touched a nerve all over the world. “In New Zealand we were inducted into the Maori Nation,” says Rob, 66. “The last person inducted before us was Prince Charles.”

Two warring Maori biker gangs agreed a truce when they played there. “One gang came down the left side of the venue, the other gang came down the right,” recalls Jimmy, 63. “Then they took their seats. It was a pause in the animosity.”

Belfast was scarier. “There was an assassination attempt at our gig,” says Jimmy. “A loyalist, Johnny ‘Mad Dog’ Adair, was shot in the head when we played the Botanic Gardens in 1999. He survived…”

In Cork, it was Rob who nearly snuffed it.

“A guy had climbed up on the roof to watch us, but fell through it. He landed on the monitor wedge a foot in front of me. If he’d landed on me, I’d be dead,” he says. “He’d fallen from about 50feet.  There was a thud, a low scream, and then he got up and hobbled away. We never saw him again.” 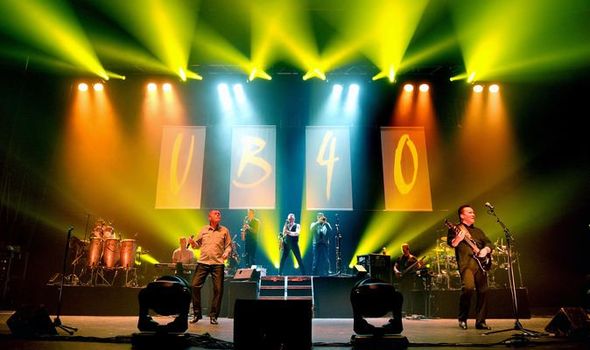 Growing up in Balsall Heath was equally risky. Rob’s younger brother and former bandmate Ali needed 90 stitches after getting glassed in a pub brawl when he was 17. On the plus side, Ali’s criminal injuries compensation paid for his guitar and a second-hand set of drums for Jimmy.

Rob was working at Longbridge as a lathe operator in the British Leyland machine shop in 1978 when UB40 tentatively came into being. “I’d been offered the foreman’s job,” he recalls. Instead, he left and took a gamble on the band, then just “a gang of mates” learning to play by copying records by reggae worthies like King Tubby and Big Youth in a cellar under the flats where sax player Brian Travers and bassist Earl Falconer lived.

“Brian rigged the electric meter,” Rob recalls. “I didn’t think it’d work but we treated it like a job.”

Ali sang because the intended vocalist, the Campbells’ older brother Dave, was in prison for armed robbery.

Six months later, in February 1979, their first gig at the Hare & Hounds at Kings Heath led to a monthly residency at Balsall Heath. By their fourth gig, there were more people outside the venue than inside.

Chrissie Hynde saw them in London and booked them as supports on the Pretenders’ 1980 tour, later guesting on two of their hits – I’ve Got You Babe and Breakfast In Bed.

Major labels came sniffing but UB40 signed to Dudley-based indie label Graduate. Their first studio album, Signing Off, went platinum. They had their first Number One with Red Red Wine five years after their first single. 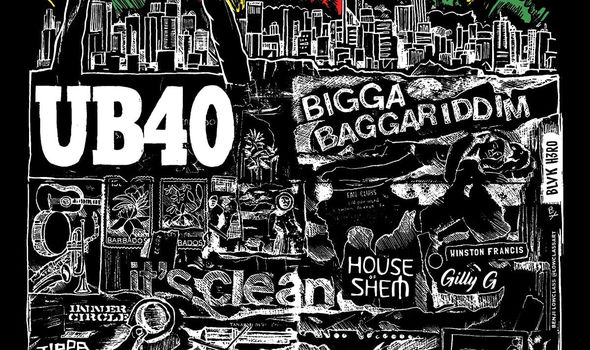 “It was like being a Beatle!” Rob laughs, although it’s unlikely the Fab Four’s tour manager would have reacted to the good news by saying, “How can 250,000 people have such bad taste?” as theirs did at the time.

By coincidence UB40’s fans include a chap called McCartney. “Paul’s lovely,” says Rob. “A real unassuming guy, every now and then he just turns up at one of our shows. He acts like he doesn’t know he’s Paul McCartney. He’s a proper Scouser.”

You could say the same of UB40. They’re proper Brummies. An eight-strong, inner city, multi-racial band, they took their name from an unemployment benefit form. Their devotion to left-wing causes attracted the attention of MI5 who had them under surveillance for years.

“They were tapping our phones, watching our houses, and filming us from a warehouse opposite our recording studio,” says Jimmy.

“I didn’t get upset about it,” adds Rob. “Anything vaguely subversive was watched. The threat of radicalisation was overstated…I don’t think anyone was converted by our songs. Bands are preaching to the converted. People either love the message or love the music and don’t care about the politics, just as I would listen to roots reggae and ignore the Rasta stuff.”

For Rob, phone-tapping was nothing new. His late father Ian, a jovial Scot and committed Communist, was an engraver by day and a folksinger by night.

“My dad’s friend, a BT engineer, warned him our phone was tapped’,” says Rob. “When we picked up the phone, you would hear the little click…”

One of Rob’s earliest memories was being carried on someone’s shoulders as a toddler at an Aldermaston CND march. “Dad wrote an anti-nuclear song, The Sun Is Burning. Paul Simon recorded it.”

Politics didn’t hurt UB40’s reputation in the USA. They were mentioned in Friends and Family Guy’s Stewie has a ‘UB40 FAN’ number plate on his trike.

Rob’s Food For Thought was inspired by the Khmer Rouge’s Kampuchean holocaust. It also boasted one of pop’s most frequently misheard lyrics. It started ‘Ivory Madonna’ and not as many thought ‘I’m a prima donna’.

Some might suggest that Ali is the real prima donna, though. He flounced out of UB40 to go solo in 2008 and later formed a rival version of the band. They replaced him with another Campbell brother, Duncan.

“It’s like a football team,” says Jimmy. “We’ve lost our striker, but all the players are still here.”

Ali’s abrupt departure left UB40 with a string of financial commitments for tours they couldn’t honour. They were bankrupted and “lost everything,” says Jimmy, whose father had worked in the BSA motorcycle factory polishing chrome.

“We’re a big expensive band, we ran offices, we had personnel – that costs money.” 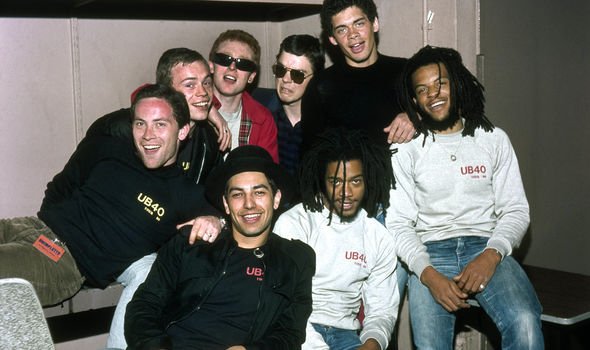 The two bands are still in litigation over rights to the name.

UB40 worked their way back to solvency, notching up four Top 30 studio albums and four big-selling compilations. But Jimmy cautions, “Record sales are declining, bands need to be on the road.”

They have scattered dates over the next few months leading to a full tour kicking off in November, playing two-hour sets.

Their new album Bigga Baggadriddum is a call-back to 1985’s Baggariddum, and features a similarly impressive array of guest artists – reggae stars such as South London’s Tippa Irie and Jamaica’s Winston Francis, plus up-and-coming acts like dancehall wiz BLVK H3RO.

All of them stamp their own identities on tracks adapted from UB40’s 2019 album For The Many – a title inspired by the Labour Party slogan; although staunch socialist Jimmy says, “I despair of Labour  now, Keir Starmer will be the death of us.”

“Reggae was the music we grew up with,” says Jimmy. “Our heroes were people like John Holt, Gregory Isaacs and Ken Boothe.

“We’re a multiracial band and I think we represented hope for the future.”

* Bigga Baggariddum by UB40 is released on Friday.