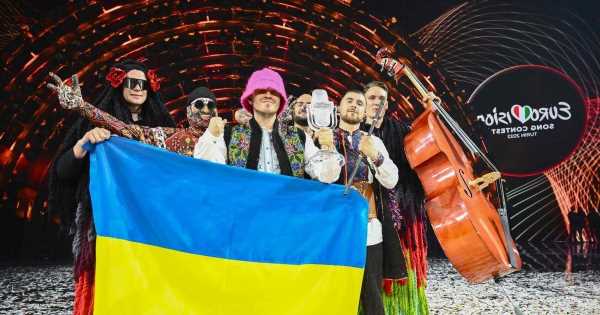 The Eurovision Song Contest will take place in the UK in 2023.

The European Broadcasting Union (EBU) and the BBC have confirmed that the famous contest will take place in the home of the runner-up of the 2022 competition on behalf of the winners, Ukraine.

A statement from BBC director-general Tim Davie said: It is a matter of great regret that our colleagues and friends in Ukraine are not able to host the 2023 Eurovision Song Contest.

"Being asked to host the largest and most complex music competition in the world is a great privilege.

"The BBC is committed to making the event a true reflection of Ukrainian culture alongside showcasing the diversity of British music and creativity.

"The BBC will now begin the process to find a host city to partner with us on delivering one of the most exciting events to come to the UK in 2023."

"The BBC has taken on hosting duties for other winning countries on four previous occasions.

"Continuing in this tradition of solidarity, we know that next year's contest will showcase the creativity and skill of one of Europe's most experienced public broadcasters whilst ensuring this year's winners, Ukraine, are celebrated and represented throughout the event."

Meanwhile Culture Secretary Nadine Dorries said she was "delighted" that the BBC agreed to step in and host the contest.

She added: "I'm just sorry that due to Russia's continued acts of bloodshed it has not been possible to host the event in Ukraine, where it should be.

"As hosts, the UK will honour the competition's spirit and diversity, and most importantly, ensure it reflects Ukraine's recent Eurovision victory and Ukrainian creativity."

As per tradition, the winning country would usually host the event the following year, but the EBU said the contest could not be held in Ukraine due to the ongoing war.

They have been in talks with the BBC to host the contest in the UK after finishing in second place with Sam Ryder's Space Man.

However the EBU confirmed its decision and determined that keeping Eurovision in Ukraine would be too high risk.

Following a full assessment they had concluded the "security and operational guarantees" required could not be fulfilled by Ukraine's broadcaster UA: PBC.