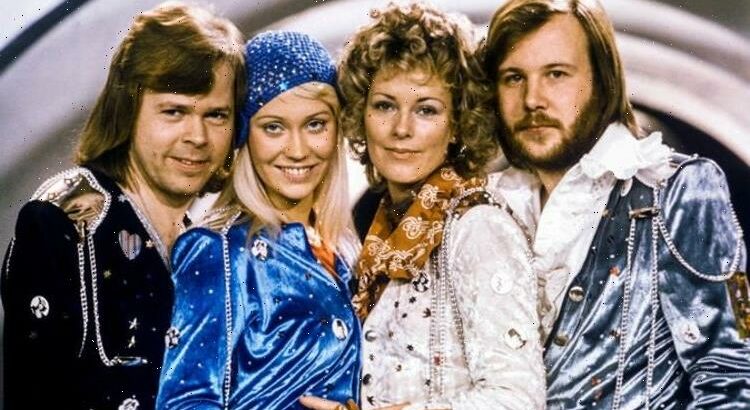 ABBA perform Waterloo at Eurovision after win in 1974

In any year we seem doomed to failure. But 2021 could be our Waterloo. Since the last contest we’ve left the EU, made Brussels look incompetent with the brilliance of our vaccine rollout, fallen out with the Eurocrats about the Irish border and won a minor fishing war with the French. Into this bubbling cauldron of bile, jealousy and resentment dives the bravest man in show business? James Newman.

After the disappointment of last year’s show, cancelled because of the coronavirus pandemic, the singer-songwriter – better known until now for writing hits for other artists than his own work – is hoping his new track, Embers, will wow judges and emulate his heroes, ABBA.

The 35-year-old star, who was raised by his single mum Jacquie with his older brother, John, also a singer, grew up listening to the Swedish pop group who won the contest in 1974 with their hit Waterloo and went on to become global superstars.

“My mum loved ABBA when we were growing up and we always had their music on in the house dancing around the living room,” explains James, who grew up in Settle in the Yorkshire Dales.

“I wasn’t even born when they won the Eurovision but there was always an ABBA CD lying around.

“Then when I went to Newcastle University and there was a party or disco in the Student Union, Super Trouper would come on and I could never resist having a boogie. ABBA really are the masters of pop music. I love their off-beat melodies and it was so inspiring to learn more about them when I went to the ABBA museum in Stockholm.

“Having listened to all their hit songs on the radio and all their albums, you realise how groundbreaking their music is.” 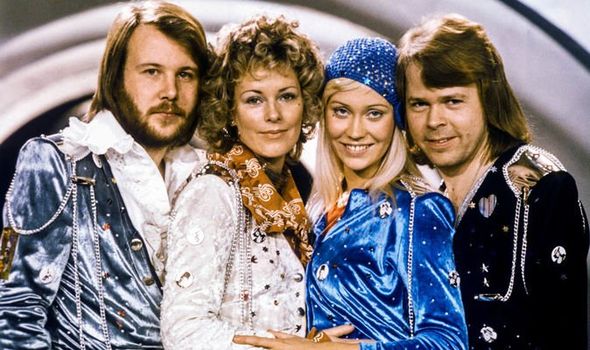 Later this year, ABBA are set to release five long-awaited new songs and James hopes their paths might cross. “It’s hard to believe that it’s 47 years since they won the contest and it would be amazing if they made an appearance in Rotterdam.”

They are not his only famous inspiration. Although he won’t be there, James also has the backing of his friend, singer-songwriter Ed Sheeran.

After James wrote Lay It All On Me for British group Rudimental, Ed was such a fan he asked James if he could supply vocals for the track.

The song was a hit, subsequently going platinum in the UK, America and Australia, as well as various European countries. “Obviously Ed is a legend and writing with him is an education in song-writing, but he’s such a lovely guy as well,” says James. “He’s taught me a lot. I was so humbled that someone like Ed would want to sing a song I’d written.”

James has an enviable hit-filled track record. In 2014, he won a Brit Award for co-writing Waiting All Night, sung by Rudimental and Ella Eyre. He also co-wrote Blame with Calvin Harris and his brother John, who also sang on the track; Little Mix’s Love Me Like You; Jess Glynne’s All I Am; Olly Murs’ Read My Mind and Louis Tomlinson’s Don’t Let It Break Your Heart.

The Grammy-nominated star was due to represent the UK at Eurovision in 2020 with his track My Last Breath. Despite the contest being cancelled, he released his debut EP, The Things We Do, anyway. 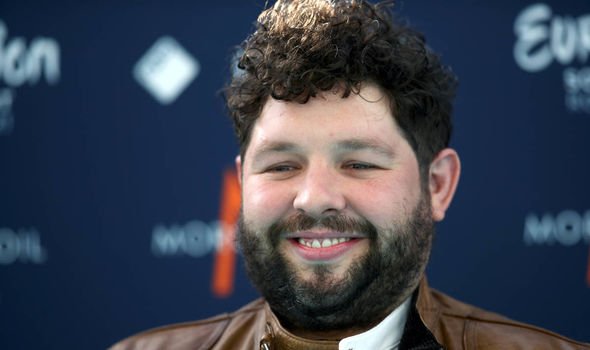 Now he’s grateful to be having another shot – although he admits to being wracked with nerves at the prospect of appearing in front of a potential 180-million strong TV audience. “The most people I’ve sung to was 5,000 in Ibiza. This will be my biggest audience yet. It’s mad,” he marvels.

“I think it’s the second biggest televised event in the world after the Superbowl, so the pressure is huge. I mean, the fact that all of those people are going to be watching me at home, it’s exciting but I’m very nervous.”

Pre-performance, James says he will be following the Wim Hof relaxation method (named after its Dutch extreme sportsman inventor) which involves deep breathing then holding your breath while immersed in cold water – and has even asked organisers for an ice bath at his hotel!

“I used to get bad anxiety attacks a lot,” he says. “I’m not really sure why they first started but I’d get them on the London Underground from being in a confined space.

“It’s really important to look after your mental health and before I got into Wim Hof, I didn’t really do that. I met him when he starred in the video for My Last Breath and he taught me how great cold-water swimming and exposure can be for your mental health because it puts you in flight or fight mode when you get into the water and your body goes into shock.

“You start to panic and you want to get out. But what you’re doing is breathing deeply and saying to your brain, ‘No, it’s OK, I’ve got this, I’m in control’. I decided to get an ice bath installed at home. It’s a big chest freezer and I fill it up with water. It’s properly sealed and I can’t get enough of it.”

He laughs: “I’ve been trying to get them [Eurovision organisers] to sort me out with an ice bath in my hotel room. The plan is that just before the car is about to pick me up from the hotel, I’ll get in the ice bath and, when I come out, I’ll be buzzing and ready to go.”

Is that his only request? “Pretty much, because I’m not going to be drinking,” he says. “I don’t want to dry my voice out. I think it would be easy to have a drink in the bar to relax beforehand but I want to be on my A-game.”

James is acutely aware the UK has not had a great track record at the Eurovision of late. Sandie Shaw was the first British winner in 1967, Lulu won it two years later, and the Brotherhood Of Man took the Eurovision title in 1976.

The last time the UK won the contest was 24 years ago with Katrina and the Waves. In 2011 the boy band Blue came fifth with their song I Can. Otherwise, it’s been failure after failure, amid allegations of tactical voting and national grudges. In 2019 in Tel Aviv, UK entrant Michael Rice only managed a measly 11 points. So why does James think we never walk away victorious?

“I guess some songs haven’t always connected with the audience,” he suggests. “A lot of it is luck and the performance on the night means so much because most of the people that vote and watch haven’t ever seen or heard of you until that moment. 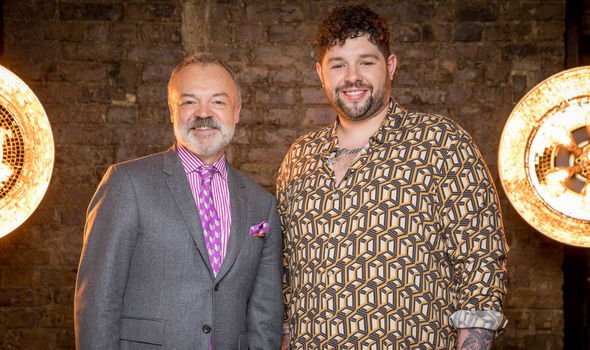 “BBC Radio 2 were the first to play Embers the other week and it received a great reaction and it really kind of makes me feel confident that we’re doing the right thing.” But does James worry if he scores the notorious “nul points” that it could put a curse on his career?

“I’ve already established myself as a songwriter, and I’ve been lucky enough that I’ve had worldwide hits, so I’m really confident that I already have a successful career and I’m still writing for other people.

“Maybe it will change people’s perception of me as a serious songwriter, so I can have my career as an artist too. But as long as I’m putting out a song I feel proud to sing, then any kind of exposure like Eurovision can only be a bonus.”

Naturally, his biggest supporter in the contest, which begins tonight with the first of two semi-finals, is his mum, Jacquie, who will be cheering him on to get through to the finals, which are screened on BBC1 on Saturday night. 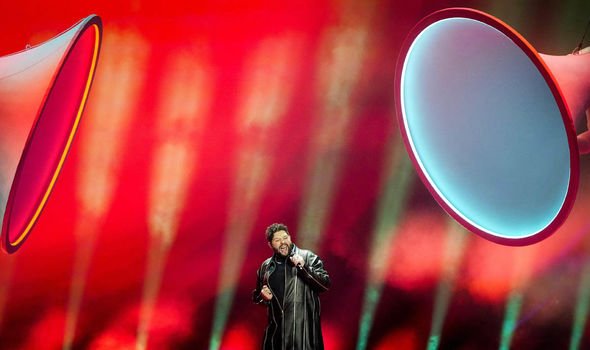 “Mum has to be my biggest inspiration,” he says. “When we grew up, it was just me and my older brother John and our mum. She brought us up in a council house in the Yorkshire Dales and it was a full-time job looking after us.

“We didn’t have any money and it was such a far-fetched idea to be a pop songwriter or a singer living in London. But she knew that is what we wanted to do and she would always drive us everywhere to look for opportunities.

“She is a firm believer in the power of positive thinking and that you have to visualise what you want to get it. She’s always supported us and she’s a legend.

“We always say that we’re like a triangle, a perfect little team. As long as there are the three of us, then we are OK and it has really helped us to support each other, especially when John was diagnosed with a brain tumour.

“Me and my brother are both married now and our family has gone from really little to really big. But to me, family is so important, because they’re the people that are always there for you. That’s what I learned growing up and I couldn’t have asked for anything else.

Embers by James Newman is out now.