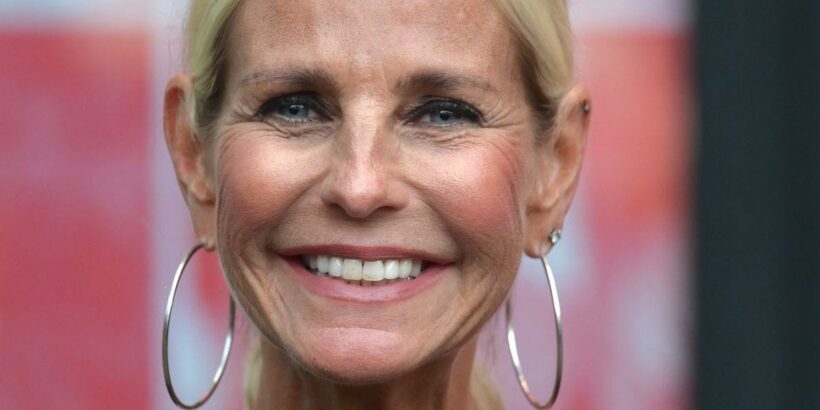 Ulrika Jonsson wasn't holding anything back as she expressed just how furious she is at petrol panic buyers on social media.

The SAS: Who Dares Wins star launched a foul-mouthed tirade at those stocking up at petrol stations and leaving others without the ability to fill up their cars, branding them "c***s".

It comes amid the UK's current fuel shortage, without enough HGV drivers available to stock petrol stations up.

Posting to her Instagram Stories, Ulrika posted a dimly lit selfie with her blonde hair falling across her collarbone, as she penned the caption: "Been lying here since 5 wondering if I should go chasing diesel stations but then lose 1/8th of tank I have in search of said diesel.

Thankfully, Ulrika later located some of her coveted fuel at a local Sainsbury's, posting a snap of her petrol tank cap with the words: "Who knew #diesel could make me quite so happy. Thank you @sainsburys."

Later, she even snapped an adorable clip of her English Bulldog Leo waiting for treats, as she cheekily joked: "Diesel for mummy, heroin for Leo!"

Thankfully, she only handed her pooch a dog chew before he happily scuttled away.

Ulrika is far from the only celeb to hit out at panic buyers during the current crisis, with ex-GMB presenter Piers Morgan also joining the fray.

Piers lashed out at the "ridiculous" panic buyers on Twitter, writing: "There is no fuel shortage in Britain.

"But judging by the ridiculous scenes at petrol stations all over the country, there is a massive brain cell shortage."

In since deleted tweets, he wrote: "Well can't risk driving home tonight from London so gonna stay down here.

"Keeping fingers crossed that people will wake up tomorrow and realise their selfish ways! #Doubtful".

Ulrika's furious rant comes shortly after she spoke out about the Gladiators cast – admitting the sex-mad participants were constantly "jumping from bed to bed" in their hotel.

The former ITV series saw contestants compete against hunky gladiators for a slew of physical challenges.

Ulrika opened up on Vicky Pattison’s The Secret To podcast, admitting: "In the first year that we did it, they took over a whole floor in the hotel.

"There was loads of jumping from bed to bed."

She went on: "There was one story about a female gladiator, because somebody picked her up on it – she shall remain nameless.

"Someone said, ‘For f*** sake, you had five people coming and going in your room last night’.