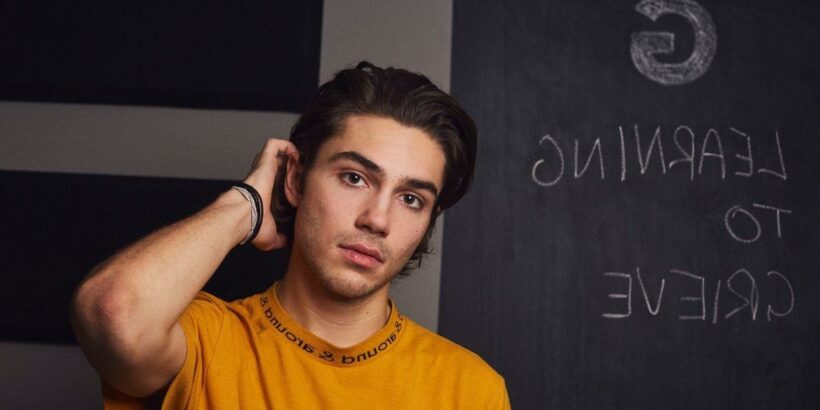 Union J are back and fans are thrilled with their reunion news, however they have recently discussed some of their past band traumas.

The lads chatted exclusively to the Daily Star and revealed that the rumours were true that their bandmate George Shelley was advised not to come out as gay publicly during their early X Factor days.

During a Facebook Live tell-all with showbiz reporter Carly Hacon, Jaymi Hensley and Josh Cuthbert revealed the ins and outs of their bandmate's brutal time.

When asked if it was true that he wasn't allowed to come out, Jaymi revealed that it unfortunately was, despite he himself already being openly gay.

Jaymi said: "Yeah, I will speak on that and that is definitely true. He was told 'you're not gay are you, because that would make you 'Union Gay'.'

"He just said this earlier, 'cause we were talking about stuff ,there was a lot of pressure on George because he was seen as the Harry Styles of the band.

"And why does that make him not be able to come out as gay? Because they said 'it will make you less desirable and we need you to be the face of the group'."

Josh then jumped in to say: "It's the whole industry."

Jaymi then continued: "It was a universal thing, from management, people around us, it was a lot of opinions. I think it manifested in him, not living his truth because he felt the pressure.

"I don't think the pressure was fully put on him by everyone but I think a couple of choice words by certain people resonated, which they would with anybody with their journey in life."

Chat show host Carly then added: "That must have been really hard for you guys too."

To which Jaymi then revealed: "I felt guilty, I felt really guilty because I was like 'look at me living my best life' and you're not allowed to.

Over the years, with multiple lineup changes, and exits, the group had suffered a few rifts along the way of their 10-year journey.

However, luckily for the lads and for their fans, it has all been brushed under the carpet now.

But it was recently revealed that George and Josh didn't actually speak for a full six years after George left the band.

Josh explained: "Yeah, it is sadly true. Not anything… It was almost the elephant in the room. George and I were so, so close during the band and then a few things happened behind the scenes."

Jaymi then responded: "Then you weren't… But why would you if you're not working together? But then you went from seeing each other every day and then George left.

"We all had separate lives outside the bands, boyfriend, partner, we live in our hometowns, what were you supposed to do? Time happens."

"So, it's like George and I needed those years apart to really value our friendship. We're older now and hopefully more mature…"