I am seated in a tiny boardroom at Facebook's offices in Sydney's CBD, but I'm also in the bleachers at the Red Rocks Amphitheatre just outside Denver, Colorado.

Inches away, so close I could pick his back pocket, is Melbourne singer Vance Joy, performing onstage to real-life, warm-blooded, ticket-buying fans. All around me, though, are fans of a different kind, the chattering voices of animated heads. 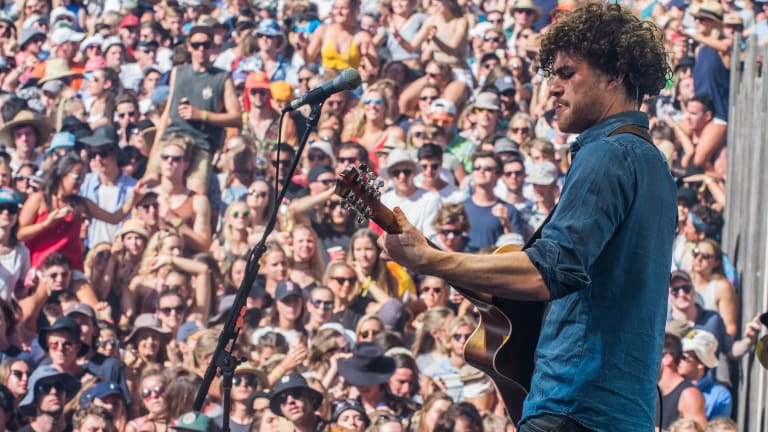 A goateed avatar to my left asks how I'm doing. "Oh, you're on mute," he adds, after a few awkward seconds of silence, and promptly disappears. With the press of a button, I switch seats too, accidentally ending up in the nosebleeds. Spanish and Japanese accents ring around me; an American makes a quip about the gig's beer prices.

This is Oculus Venues, the new venture for the company's virtual reality equipment Oculus Go and Samsung's Gear VR. It's part of the company's plan to shift VR away from its gaming focus to a more casual and social use, a Facebook employee tells me, and an attempt to bring the "sounds, lights and energy" of live events to livestream viewing.

The idea is to "feel" present with other people in a virtual room – not necessarily people you know, or your own Facebook friends, but just others. A communal experience salvaged from the desolation of the online space. Admirable or foolhardy? Well, at least I don't stink of someone else's spilled beer.

Being the program's first attempt, there's some kinks to work out. Vance Joy's strumming visage cuts out multiple times, replaced by ever-flickering ellipses and bringing heckles from the peanut gallery. "Where is he? Is he there? I can't see…," a blonde avatar, somewhere to my right, exclaims to no one in particular.

In another disorientating recurrence, the camera automatically shifts meaning your perspective of the gig isn't as true to life as you'd hope. If I want to peek over some fat-headed avatar for the proper live experience, that should be my right, no? For the introverts, a "solo seat" feature encases you in your own private box. 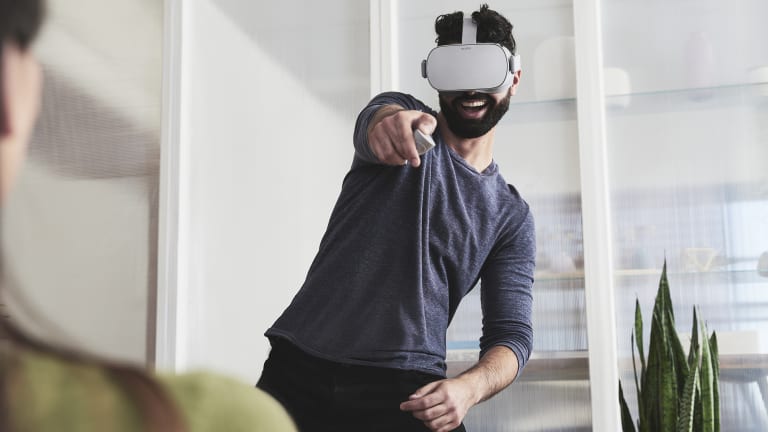 There’s one in every crowd.

On the subject of obnoxious concertgoers, Venues' creators have thought ahead, pre-empting the often toxic behaviour that tags along with anonymous online activity. A Code of Conduct video reminds users these avatars are "real people" and they'll be booted if they annoy others, ensuring the Venues remain safe spaces. Considering music festivals' recent struggles with harassment, the feature seems an improvement on the real thing.

Besides Joy, the app has launched a lengthy schedule of upcoming events including stand-up comedy gigs, movie screenings such as Reservoir Dogs and Apocalypse Now, partnerships with Netflix and Showtime, and live concerts from electro act Chromeo and '90s rockers Everclear.

As an immersive alternative to your bog-standard livestream, the possibilities are enticing. But a replacement for the energy and atmosphere of the real thing, this ain't. The sound is crisp but the floorboards aren't rumbling; the dynamic give-and-take between performer and audience is non-existent.

As Joy continues his show, launching into another sombre acoustic tune, oblivious to the animated onlookers peppered directly side of stage, one bobbing head glibly tells him he's "too pixelated!" There's one in every crowd.