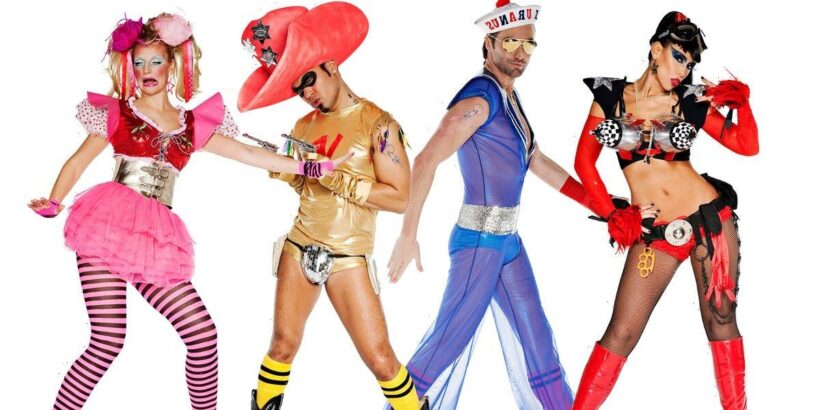 Vengaboys provided a soundtrack to the nineties, and are back with a new single where they wish it was still 1999.

Taking a look back over their career, the We Like To Party hitmakers now regret some of the choices they made at the time – including opting to wear their iconic hot pants.

Robin Pors from the band recalled one particular video shoot: "I remember the Up and Down video. So we had a stylist, I came into the dressing room and everything is in black and I like that.

"I was looking at all the shirts and then at the end of the rail I was like, 'where are the trousers?'

"They said no, we have hot pants! I was like, 'I don't want to wear hot pants', but they didn't have any trousers here, and we were like in the studio far, far away," he laughed.

Cringing at the memory he joked: "I did everything to try to get trousers there, but it didn't work, so yes, I'm in the video wearing hot pants. I regret that one. Terrible. I also wore crop tops too that the stylists put me in.

"They try to put me in shorts, but that doesn't work for me now, only on the beach!"

The band have performed a cover of Charlie XCX's track '1999' – and they still wish they were back in that year.

Singer Kim Sasabone laughed: "All of the fashion has already come back though you know? All the hairdos, all the things we were wearing, the oversized baggy pants with the crop tops."

She joked: "Denise and I were performing on TV shows in this little triangle bikini tops! Why not?"

The band looked back at their career and how far they've come. Kim said: "We were labelled as one hit wonders after 'Up And Down' Can you imagine a song with a three words lyric now? We had so many haters."

Their songs are still hugely popular now, although the band are amused at some of the things they used to sing about: "The songs still really speak to a younger crowd as well, although that may not know what the lyrics really mean, it's the vibe you get from it."

Kim cringed at one particular memory: "I always I still talk to my mom about it, the best one for me was 'Nasty Girl' by Vanity 6."

"My sister and me, imagine two brown girls grabbing the lingerie from the mother's closet, grabbing the heels and singing 'I need seven inches and more', we were so young! But we didn't know what we were singing."

Robin thinks modern artists are worse than they were: "We did some strange things in the past but actually, nowadays, I have to say what they're singing or rapping? We were decent back then in comparison!"

Kim added: "Our motto literally was no rest for the wicked, we'll sleep when we're dead! I mean, after every show there was a party. That was our lifestyle, and it still is."

Twenty years on, there's no slowing them down.

1999 (I Wanna Go Back) is available on all digital platforms including Spotify, iTunes, Amazon, Deezer and Tidal.