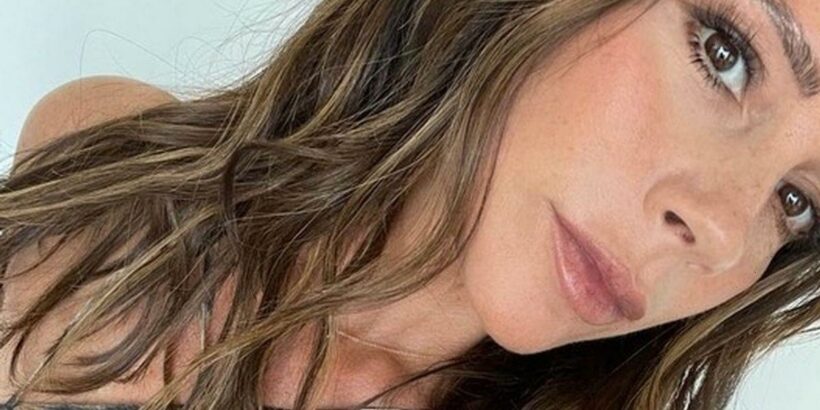 Victoria Beckham, 48, sparked fury from her followers after she shared a series of snaps to mark the Queen's Platinum Jubilee.

The star posted eight pictures of herself alongside Queen Elizabeth, including her sipping a cup of tea in seductive black and white picture.

Other snaps including her sitting on a gold throne at her wedding to husband David Beckham, as well as waving out of a car window and holding a dog.

Victoria was also seen wearing a skimpy camel-coloured halterneck top with jeans and a Burberry bandana as she put it alongside a snap with a scarf wrapped around her neck and head to protect her from the cold.

In a sweet caption, Victoria wrote: "70 years of being an inspiration to so many!

"Congratulations to Her Majesty The Queen on The Platinum Jubilee, what an achievement."

However, Victoria's post sparked backlash from some social media users as they took to the comments to brand the montage as "inappropriate" and "narcissistic".

One wrote: "Such a narcissistic post! Is it possible to celebrate someone else without turning it around for yourself? Unbelievably self-centred."

Another added: "Inappropriate to make it about yourself."

A third agreed: "What class of tribute is this? Dumbfounded."

A fourth chipped in: "Don't compare yourself with photos like this that's not your place and never will be."

However, other fans were more complimentary, as one branded her "Queen Victoria".

Another posted: "Two Queen, Elisabeth the second, and Victoria the Queen of fashion."

Meanwhile, David shared his own tribute to the Queen as he baked a cake for the Platinum Jubilee weekend, sharing a snap of it while not wearing a top.

"Yes made by me! Fancy a piece Victoria?"