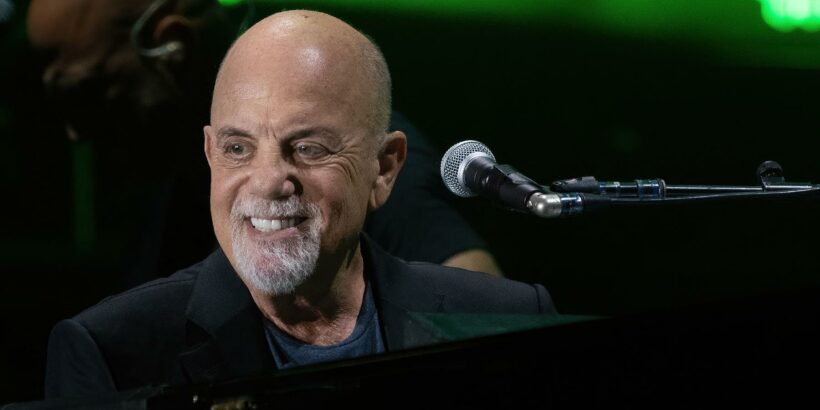 Billy Joel performed at Detroit’s Comerica Park on July 9, just one night before the Mötley Crüe/Def Leppard/Poison/Joan Jett mega tour hit the same venue. It happened to be a night off for the Eighties hard rock groups, and Joel brought out one of the lead singers to give his audience a little preview of what they could expect the following night.

As much as we would have loved to see Vince Neil team up with Joel for “Girls, Girls, Girls” or Bret Michaels and the Piano Man duet on “Talk Dirty to Me,” he opted for Joe Elliott and Def Leppard’s 1987 classic “Pour Some Sugar On Me.” Check out fan-shot video of the performance right here.

This was the third time that Joel and Elliott have sang “Pour Some Sugar on Me” together following a 2018 show at Boston’s Fenway Park and a 2019 Madison Square Garden gig. Other guests to come out at MSG include Bruce Springsteen, Paul Simon, Miley Cyrus, Jon Bon Jovi, Brian Johnson, and Sting.

Def Leppard’s set on The Stadium Tour is heavy on hits like “Pour Some Sugar On Me,” but they’re also playing three or four songs a night from their new LP Diamond Star Halos. “This stadium tour gives us an opportunity to promote our new album, but we’re not stupid,” Elliott told Rolling Stone earlier this year. “We’re not going to play every song off of it. We’re going to play a select couple or three. It’s a stadium show. People come to hear what they know, and we’re going to play exactly what you expect from us.”

Billy Joel, meanwhile, hasn’t released an album of original pop songs since 1993’s River of Dreams. When he spoke to Rolling Stone in 2019, he said he was baffled by his continued popularity on the road. “I’ve gone onstage and said, ‘I don’t have anything new for you, so we’re just going to play the old shit,’ ” he said. “And the audience goes, ‘Yeah!’ I’ll be sitting in the stadium looking out at 30,000, 40,000, 50,000 people, thinking, ‘What the hell are they all doing here? Why now?’ I guess, in a way, I’m an anachronism. There aren’t that many of me left. There’s a rarity to it, which gives it value.”