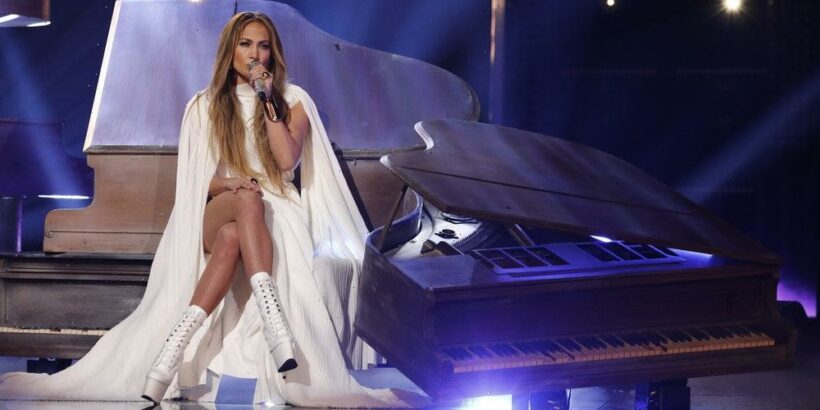 BTS, Coldplay, Ariana Grande, Ed Sheeran, and Jennifer Lopez were among the all-star performances on the finale of The Voice.

BTS (virtually) joined forces with Coldplay for a live rendition of “My Universe,” while Sheeran showcased an acoustic take on his song “Shivers.” The stacked finale also featured Walker Hayes performing his rousing song “Fancy Like” and Alicia Keys, a former Voice coach, performing “Old Memories.”

Grande, one of current coaches on The Voice, teamed up with Kid Cudi for a live version of their recent single, “Just Look Up.” The song, which got a music video last week, comes from Adam McKay’s new film Don’t Look Up, which is due on Netflix Dec. 24.

Lopez, meanwhile, performed her new song “On My Way.” The track comes from her upcoming movie Marry Me, which is due in theaters next year.

For something more festive, John Legend and Carrie Underwood teamed up onstage during the finale to perform their holiday collaboration, “Hallelujah.” The song was written by Legend with Toby Gad, and was featured on Underwood’s first-ever Christmas album, My Gift, which was released in 2020.