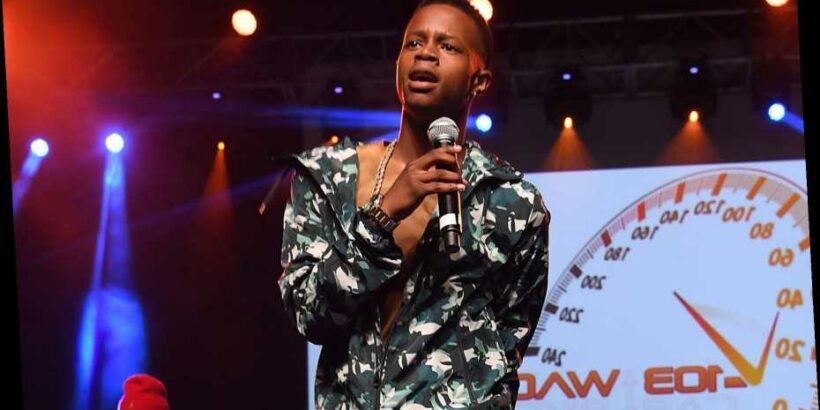 Silento, the rapper known for his 2015 viral hit “Watch Me (Whip/Nae Nae),” was arrested Monday, February 1st, for the alleged murder of his cousin, Frederick Rooks.

The DeKalb County Police Department in Georgia confirmed the arrest in a statement, saying Silento — real name, Ricky Hawk — was booked into the DeKalb County Jail and charged with murder. Per the Atlanta Journal-Constitution, Hawk was being held without bond as of late Monday.

A representative for Hawk did not immediately return Rolling Stone’s request for comment.

The shooting allegedly took place early in the morning on January 21st, with a police officer responding to a person shot call at around 3:30 a.m. According to an incident report, the officer found Rooks dead with multiple gunshot wounds to the face and leg, and at least eight bullet casings in the street.

Investigators collected information and footage from the security cameras of several nearby residents. Video footage captured at least one gunshot, while there was also footage of several vehicles fleeing the scene at high speeds

While the police had no suspects at the time, the DKPD statement reads: “[A]fter a thorough investigation, DKPD detectives identified Hawk as Rooks’ cousin, and the person responsible for Rooks’ murder. Investigators are still working to uncover the motive for the shooting.”

Hawk rose to prominence in 2015 with his debut single, “Watch Me (Whip/Nae Nae),” which became a viral hit and sparked a popular dance craze. While he’s continued releasing music as Silento, he’s yet to score another major hit.

As the AJC notes, Hawk was arrested twice in one week last August on domestic violence and gun charges in California. And in October, he was booked in Georgia for allegedly speeding on the highway at over 140 miles per hour; at the time, he claimed he was speeding because he was being followed.