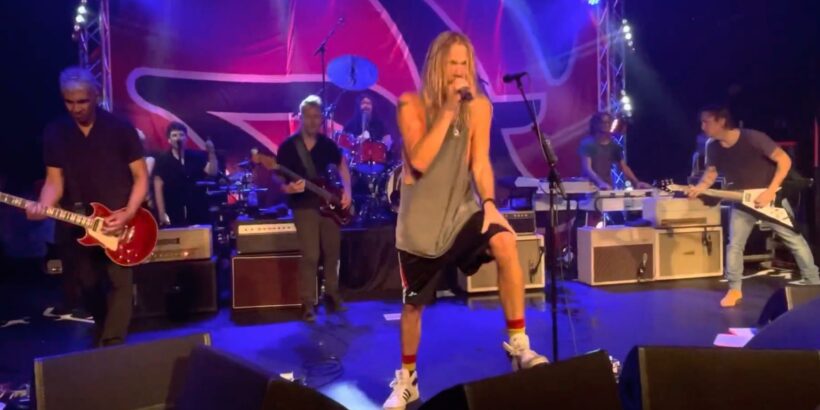 The Foo Fighters covered Queen’s “Somebody to Love,” with drummer Taylor Hawkins stepping up front for vocal duties, during a special show at the Canyon Club outside of Los Angeles Tuesday, January 15th.

A fan-shot video from the show finds Hawkins swapping places with frontman Dave Grohl, who takes a seat behind the drums while Hawkins introduces the cover. Hawkins noted that, after initially suggesting the Foo Fighters cover Queen, most of the band thought there was no way they could do it — except Grohl who figured, “Maybe we can.”

The performance itself was appropriately grand, as Hawkins smeared some hard rock grit on the vocals, and guitarists Pat Smear and Chris Shiflett did Brian May proud with their shredding. Grohl even took the song’s famous breakdown to throw in a bit of a drum solo.

The Foo Fighters’ gig at the Canyon Club was announced just a few days ago and tickets were only sold to people who were fully vaccinated (as Stereogum notes, that decision managed to attract a small crowd of anti-vax protesters). The concert also served as a warm-up gig of sorts ahead of the band’s big concert to reopen Madison Square Garden for music Sunday, June 20th.