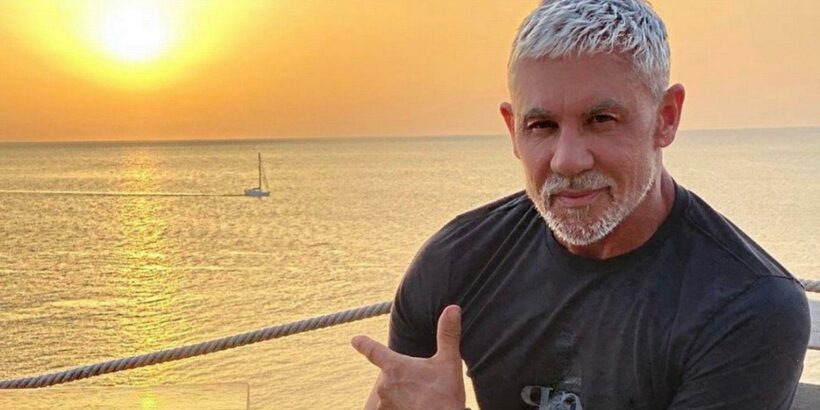 Wayne Lineker has popped up across the celebrity world for many years, including appearances on reality TV.

The club guru featured on an episode of The Only Way Is Essex, when the cast of the show went to Marbella in 2013.

Lineker seemed to have a soft spot for model and DJ Lauren Pope, but the pair's chances went up in flames when Pope and her pal Chloe Sims got in a blazing row with him.

"I thought he was an a***hole the first time I met him and now I know he's definitely an a***hole," said Chloe as she departed from the evening.

The night club mogul has also appeared on Celebs Go Dating: The Mansion, where he hooked up with Geordie-shore star Chloe Ferry sparking months of rumours and speculation surrounding the couple's future, with one Instagram post even indicating the pair were getting engaged.

But how did Lineker reach the point where he was appearing on reality TV, and what is his family situation?

How old is Wayne Lineker and when is his birthday?

Wayne Lineker is 59 years old and was born in 1962 in Leicester, although these days it is understood Lineker spends his time across Europe and London.

He left school at the age of 14 to begin working with his father where he sold fruit and vegetables in markets.

The reality star began running his chain of Linekers Ibiza bars in 1988 starting his first one in Tenerife. Since then, he has expanded it into a chain of bars across the Europe.

How did Wayne Lineker make his money?

Wayne Lineker is reportedly thought to have a net worth in the region of £30 million, according to celebrity websites, largely through his network of clubs and bars dotted around Europe.

Perhaps best known is Linekers bar, an Ibiza hotspot for celebrities and the uber-wealthy for 14 years, Lineker also own O Bar Ibiza (formerly Ocean Beach), another world famous celebrity spot located on the west coast of the party island.

The entrepreneur also owns bars in Zante and Paphos, Cyprus.

How is Wayne Lineker related to Gary Lineker?

Wayne said in the past: "Gary is a very intelligent guy in a general knowledge kind of way, whereas I’m not. I’m savvy and streetwise."

The pair had a period where they publicly fell out, although it is understood they are in the process of healing the rift.

Siblings Gary and Wayne are thought to have played golf twice a week and spoken on the phone everyday before things started to go wrong in their relationship.

Wayne has claimed the pair's relationship began to breakdown due to Gary's then girlfriend Danielle Bux, who he married in 2008 and divorced in 2016.

But now things appear to be on the mend again, with Wayne very close to Gary's sons George, Harry, Angus and Tobias.

Meanwhile, Wayne wrote a touching tribute to Gary on his 60th Birthday, saying : "I will always be proud of you. Love you lots."

Wayne, himself, is the father to four children, daughter Tia and three sons Duane, Sean, and Freddie.