There’s something irresistible about Dolly Parton – the 73-year-old Queen of Country is beloved by everyone from honky-tonk types to drag queens.

And even now, more than five decades into her career, Parton has had an exceptional year thus far, topped last month by an all-star Grammys tribute featuring her goddaughter Miley Cyrus, one that prompted New York Magazine critic Craig Jenkins to “claim 9 to 5 as rap music”. 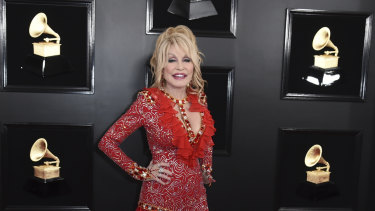 Parton was also nominated for a Golden Globe for a song she wrote for Netflix’s Dumplin’, a movie about a Dolly-obsessed teen. A 9 to 5 film sequel is in the works (turns out the 1980 workplace-harassment comedy has aged very well), and so is an eight-part Netflix series based on Parton’s music.

It’s a great time then to be exploring Parton’s oeuvre, says Emily Lubitz, of indie-folk band Tinpan Orange. Lubitz and a collection of local musicians, including Emma Donovan, Loretta Miller, Sarah Mary Chadwick and Oh Mercy’s Alexander Gow, will perform Parton covers for the show Dolly at Estonian House in Brunswick West on Sunday. The show is part of this month’s Brunswick Music Festival.

“The thing is, she wasn’t always cool,” says Lubitz, who fell in love with Parton when, as a budding musician, she heard the White Stripes cover of Jolene. She says Parton’s earnest and witty lyrics and her persona are appealing to younger generations of music fans. 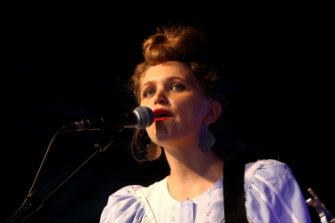 “People are realising her genius. There’s cringe factor with her, but maybe the world is now a bit more open to coming full-circle on things. Maybe that’s actually what makes her cool.”

It could be that Parton’s brand – a joyful blend of camp, self-awareness and exaggerated femininity – is well suited to the “yas queen” affirmative pop-cultural sensibilities of 2019. She’s a gay icon, and her folksy, enthusiastic personal style is arguably so much more in vogue than, say, the ironic detachment of an all-male indie band.

It’s also a time when we’re rightfully eager to support and recognise successful and powerful women, and we’re far more likely to understand that sexuality and empowerment are not mutually exclusive.

“It’s almost like she was a third-wave feminist before it existed,” says Lubitz (though Dolly has been a bit coy about claiming the feminist label). “She made herself this sort of grotesque representation of a sexy woman. But at the same time she’s a hard-working musician and a brilliant songwriter.”

Lubitz grew up listening to more aesthetically subdued folk-rockers favoured by her parents, acts like Joni Mitchell, the Eagles and James Taylor.

“It took until my young adulthood to realise that she is a total genius,” Lubitz says. “I love how she’s such a contradiction, and how she makes fun of herself for that.” 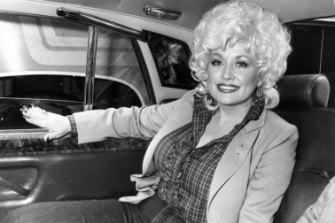 Dolly Parton arrives in Sydney for a holiday in 1982.Credit:SMH archives

Parton is known for self-aware one-liners in the style of Mae West, who mocked people’s perceptions of her own over-the-top sexuality.

“She’s always been like, ‘You think I’m this? You think I’m a bimbo? How funny.’ And then she builds an empire,” says Lubitz, who reels off one of Parton’s most famous quips: “It costs me a lot of money to look this cheap!”

Parton does have a vast financial and cultural empire that includes a 61-hectare Tennessee theme park, Dollywood. Not to mention the royalties she rakes in from writing one of the best-selling singles ever, Whitney Houston’s I Will Always Love You.

Each singer at the Dolly show will perform three or four Parton songs, from the hits to the more obscure.

Dolly  is on at 7pm on Sunday at Estonian House, Brunswick West.
Tickets available at brunswickmusicfestival.com.au