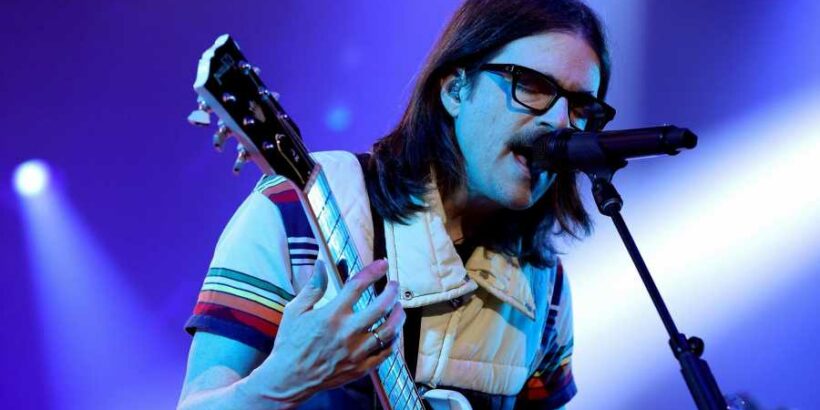 It seemed inevitable that Weezer would contribute a track to The Metallica Blacklist. An anniversary album for a heavy metal band? Check. A compilation featuring covers by 54 different artists? Check. The chance to perform “Enter Sandman,” arguably the most famous Metallica song? Check, check, check.

Indeed, unlike the other covers we’ve heard from the Blacklist so far — including Jason Isbell’s hoedown version of “Sad But True” and J Balvin’s reggaeton rendition of “Wherever I May Roam” — Weezer’s cover of “Enter Sandman” is pretty straightforward. Rivers Cuomo wails, he shreds, and he sounds very happy to be doing what he’s doing.

And since this is all leading up to the 30th-anniversary box set release of The Black Album, too, Metallica have also shared a never-before-heard live version of “Through the Never,” recorded in Sacramento on January 11th, 1992.

Both The Metallica Blacklist and the deluxe anniversary release of The Black Album (14 CDs, six LPs, six DVDs, and more) will be released on September 10th. Along with the Weezer, Isbell, and J Balvin covers, the Blacklist also features contributions from Miley Cyrus, St. Vincent, Jon Pardi, Yo-Yo Ma, Elton John, Phoebe Bridgers, Chris Stapleton, and dozens of other artists.

Outside of The Black Album, Metallica rerecorded a new version of their classic power ballad “Nothing Else Matters” for Disney’s film adaptation of The Jungle Cruise.