Car manufacturer Tesla has continuously broken the boundaries of the automotive industry, but not always in the best way.

Actress Mary McCormack, who’s starred in the likes of The West Wing and Will & Grace, has hit out at the company online after her husband’s car appeared to burst into flames randomly.

Publicly contacting Tesla on Twitter, Mary shared alleged footage of her husband’s car on fire in the street. “This is what happened to my husband and his car today,” she wrote on Saturday.

“No accident,out of the blue, in traffic on Santa Monica Blvd. Thank you to the kind couple who flagged him down and told him to pull over.

“And thank god my three little girls weren’t in the car with him.”

McCormack added shortly after that the car involved in the incident was “a normal Tesla”, and not one with the auto-pilot mode activated.

A spokesperson for Tesla said the assumed fault with the car was “an extraordinarily unusual occurrence” and that they were investigating the incident.

“We offer our support to local authorities and are glad our customer is safe,” a spokesperson told ABC News. “This is an extraordinarily unusual occurrence, and we are investigating the incident to find out what happened.” 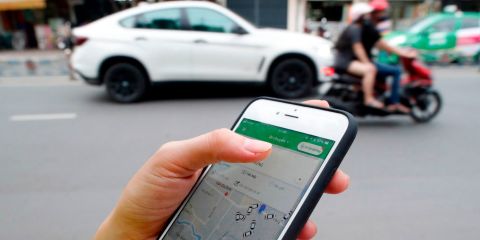 Tesla has always maintained the safety of their vehicles, even after the death of a driver who was using the auto-pilot function in a Tesla S model sports car back in 2016.

An official statement from Tesla following the incident said: “This is the first known fatality in just over 130 million miles where Autopilot was activated. Among all vehicles in the US, there is a fatality every 94 million miles.”