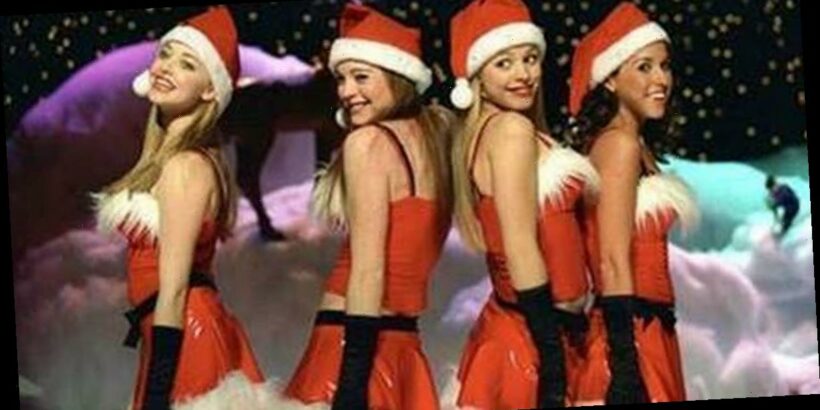 Mean Girls has become a cult favourite since its initial release in 2004, but what are Lindsay Lohan, Rachel McAdams, Lacey Chabert, Amanda Seyfried and the other cast members up to now?

Rachel McAdams and Amanda Seyfried have gone on to carve out impressive Hollywood careers ever since, the popularity of the movie cementing their positions in the movie world.

Yet Lindsay Lohan’s last major film was a huge turning point for the popular teen star, as she struggled to cope with her immense fame.

Here's where all the cast are now – from huge successes like Amanda Seyfried to Lindsay's U-turn in her career.

Lindsay Lohan starred as Cady Heron, a South African transfer student who is thrust into the world of the “mean girls” at an American high school. A take-down ensues as Cady attempts to destroy leader Regina George (Rachel McAdams) while simultaneously falling for football star Aaron.

Lindsay was one of the top child actresses during the 00s, shooting to fame with her dual roles as a pair of twins in The Parent Trap.

But with rapid success came a dramatic come down, and the red-headed actress went off the rails in her late teen years and early 20s.

For years the Freaky Friday star was better known for her wild partying and rehab stints, but she seems to have changed her ways over the last few years.

Lindsay signed up to Rupert Grint comedy series Sick Note last year and has had a number of small roles in other Hollywood projects.

She even signed on as a spokesperson for lawyer.com to make fun of her own myriad of court appearances.

Regina started off the film as the queen of her clique, but faced a dramatic fall from grace by the end. Since her scene-stealing role in Mean Girls, Rachel McAdams’ career went from strength to strength.

The Notebook starlet has made a name for herself in a number of heart-wrenching romantic comedies, going on to star in The Vow and About Time and even getting Oscar buzz in the critically-acclaimed Spotlight.

The actress stars opposite Rachel Weisz and Alessandro Nivola in Disobedience next, the English-language debut from Chilean director Sebastian Lelio, whose A Fantastic Woman won this year's Oscar for best foreign-language film.

Rachel caused a stir after her public break-up with The Notebook co-star and on-screen lover Ryan Gosling.

Since then, the pair appeared to amicably go their separate ways, and Rachel keeps her love life largely out of the spotlight now.

Perhaps most famous for her roles in the star-studded musical rom com Mamma Mia! and Mamma Mia Here We Go Again!, the actress has just as easily transitioned into serious parts like the emotional Les Miserables and HBO’s Mormon drama Big Love.

Amanda had a sizzling on-off romance splashed across the papers with her on-screen love Dominic Cooper from the Abba tribute films.

The blonde beauty also dated Justin Long, before settling down and marrying her The last Word co-star Thomas Sadoski.

The actress has appeared in a number of Hollywood films and has also done voice-acting for animation.

Fans may not realise Lacey starred in cult hit TV show Party of Five back in the 90s.

Other notable names include Jonathan Bennet who played Aaron Samuels, Regina’s on-again, off-again boyfriend and a high school boy Cady falls head over heels for in the film.

Jonathan has worked on various TV shows and movies since 2004, and he even had a stint on America's version of Strictly Come Dancing – Dancing With the Stars.

Tina Fey, who played the hilarious Ms Norbury, is perhaps the most surprising, as she has become one of the top presenters and comedy actresses in film and television. She also co-wrote the Mean Girls film.