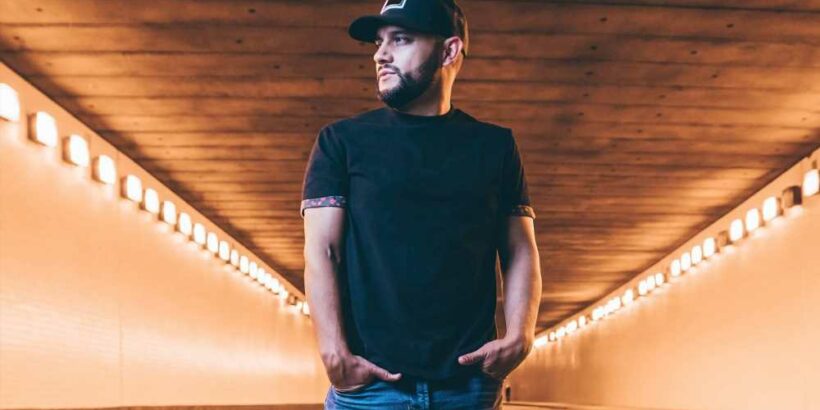 Mainstream Nashville’s attempts to engage with a Spanish-speaking audience have been hit-or-miss, despite the obvious similarities between country music and Tejano or Norteño. Freddy Fender is probably the best-known example — his “Before the Next Teardrop Falls” hit Number One in 1975 — but other artists, like Rick Trevino and Johnny Rodriguez, have also enjoyed periods of radio chart success.

Frank Ray is the latest performer to draw connections between those worlds, and the New Mexico-raised former law-enforcement officer’s major-label debut, “Streetlights,” gets it right. Where other contemporary country singers love to shout out the music they’re playing (Waylon, Willie, sometimes T-Pain if you’re in Florida Georgia Line), Ray sets a scene. “She was moving across the floor/Like she was floating on the water,” he sings, the low end of his voice carrying the heaviest twang — his upper range shows more in common with the soulful pop of Timberlake and Bieber, for what it’s worth.

Mercifully, this encounter does not end with a moonlight drive down a dirt road to a creek bank where legs are dangled off a tailgate. Instead, they go for a bit of fresh air. “I wanna go walkin’ in the streetlights/Get away from all this noise,” he sings, before repeating the phrase in Spanish. “Caminando, caminando/En la luz de la calle,” he adds.

As a production, “Streetlights” feels very aware of what’s been happening in the last couple decades of Latin pop, without having to hit us over the head with it. The rhythm subtly nods to the ubiquitous reggaetón beat, but also has the looser feel of live players behind it, while flamenco-style guitars snake in and out of the verses with dramatic flair. There’s even a mid-song horn break that feels closer to the melancholy middle of Love’s “Alone Again Or” than a random mariachi interlude.

But it’s Ray himself who sells the song. He’s at ease inhabiting both worlds and exudes the kind of sexiness that Enrique Iglesias might have if he’d decided to pursue a country music career. It’s also a relief to hear a country performer engage with the Spanish-speaking world in a way that feels fresh and not resorting to cheap (or offensive) gimmicks. With his effortless embrace of multiple cultures, Frank Ray and his compelling “Streetlights” command attention.