Best known as the founding member of New Zealand pop band the Brunettes in the late 1990s, Jonathan Bree is experiencing a career renaissance of sorts – this time as a solo artist with his third album Sleepwalking.

The self-proclaimed master of misery performs behind masks and leans on pantomime and 1960s nostalgia. This is where lounge and mod cultures hook-up in a dance hall and bond over melancholic orchestral strings.

Part theatre, part dreary pop, it is Bree’s cinematic approach that is most alluring. 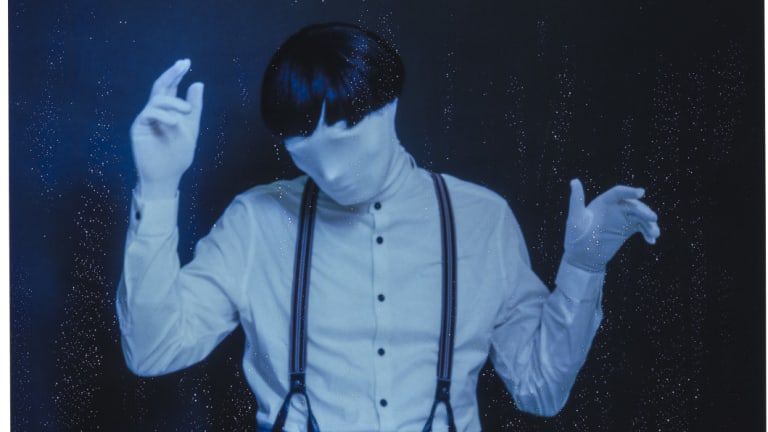 Jonathan Bree brings a flair for pantomine to his indie pop.

Recorded in his bedroom – the way he has made each of his three solo his albums – Bree says the only difference these days is that his bedrooms have gotten “nicer” with age.

“When I made Sleepwalking I never thought of it as anything more than a record project,”  Bree, now in his late 30s, says.

Time Out New York named his self-directed video clip You’re So Cool from Sleepwalking as the best music video of 2017. Filmed in black and white inside a high school hall, it channels an early `60s ambience – where bowl cuts and angular dance moves prevail.

Bree’s latest album is about love and heartbreak. There are plenty of references to dating in the modern world, where texting and emojis take precedence over phone calls. His songs are dark and restless, but there is plenty of hope in  matters of the heart too.

“My songs are personal and always refer to either myself, friends going through things in relationships and sometimes they serve as a premonition of what’s to happen in my world of relationships,” he says.

Sleepwalking comes with a vintage '60s and '70s sound too, but it’s the filmic qualities that drive its horror-like drama home for bleeding hearts.

Valentine is a bleak pop mystery while Say You Love Me Too sees him duet with Catalan singer Clara Vinals. Regular collaborator Princess Chelsea lends her voice to more than one track, including Static.

“I didn’t have a burning ambition to tour,'' Bree says of being back on the road, “but with the success of the You’re So Cool video clip, my plan quickly changed and it’s been great.”

It was that same video clip that helped bring on this renaissance. Interest in the singer, songwriter and producer led to tour offers  and he's not had time to look back. Bree and his band have just come off an extensive European tour, will play Australia this summer and head to the hugely popular South By South West music conference as well as having shows booked in New York next March.

Bree’s earliest initiation into music began in Auckland via his cousin Mark Lyons, who is four years older and also the frontman of indie band the Nude Suits. Between the ages of nine and 13, the musically curious Bree played with Lyons in the Plaster Saints.

Bree then moved to Australia at 13 to live with his father in Brisbane. They relocated to Byron Bay for four years and returned to Brisbane when Bree was 18.

“While I was in Brisbane I was trying to start a band but didn’t have much luck.

“That’s when I decided to move back to New Zealand and started the Brunettes with Heather [Mansfield, his then-girlfriend] in 1998.”

In 2002 they released Holding Hands, Feeding Ducks – the same year he launched his record label Lil Chief Records. The pair met co-founder of Sub Pop Records Jonathan Poneman in 2004 while opening for the Postal Service at a show in London, which led to the Brunettes' 2007 album Structures & Cosmetics getting a release in America.

The Shins, who are among New Zealand's best-known musical exports, were equally impressed by the Brunettes' indie pop, taking them on tour in the US and New Zealand.

“The years of touring with the Brunettes were a lot of fun, but it’s only since I have become a solo artist that I am more comfortable with myself,” Bree says.

“Performing with masks has a lot to do with that. I have limited vision, but I find I don’t get as distracted by things. And my resting face isn’t the best face,” he says with a laugh. “I was painfully aware of people looking at me when I was in the Brunettes.” 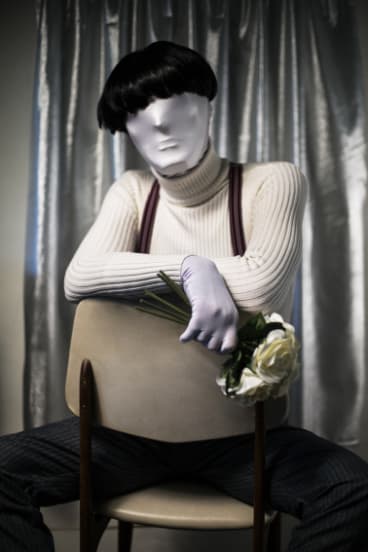 Four years ago, Bree experimented with masks in the Weird Hardcore video clip. He has had a long fascination with them. On stage, his bass player Joshua Worthington-Church performs blindfolded. “I have offered numerous times to cut small openings in his mask but he refuses,'' Bree says.  ''He is a true method actor.”

Bree, who released nine albums with the Brunettes before switching to solo mode, is  content with the new buzz surrounding him.

“I am always quite excited by the prospect of taking this band on the road,” he says. “I am not as young as I was in the Brunettes, but of course I am open to the new way. At the moment there is good interest and I’m rolling with it.”

Jonathan Bree performs at the Sydney Festival, Magic Mirrors Spiegeltent, on January 17; The Curtain in Melbourne on January 18; and at Mona Foma in Launceston on January 19.