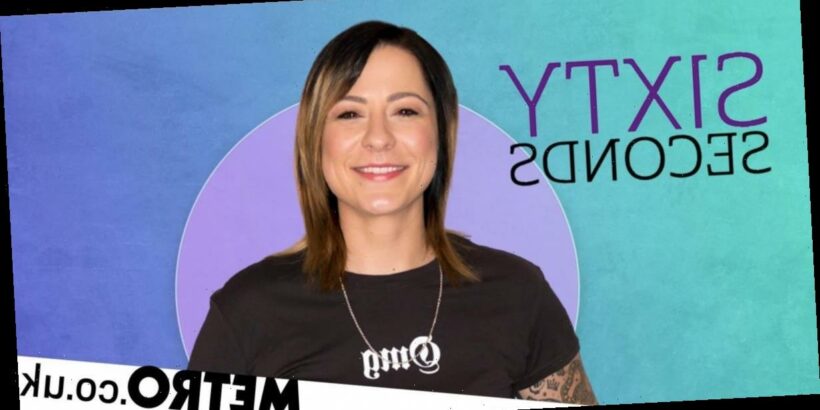 Singer and former X Factor contestant, Lucy Spraggan, 29, has opened up on weight loss, getting sober, and not wanting her own children – as well as how the coronavirus pandemic has lost her ‘hundreds of thousands of pounds’ in cancelled tours.

On your new album you talk about the break-up of your marriage, getting sober and being bullied online. Why are you bearing your soul?

I feel authentic music is the best kind. It’s been a very introspective year for me so I decided that’s what I should be writing about.

What was the reason behind giving up drink?

Everything I’ve ever done in my life has revolved around alcohol and I wanted things to be different.

I was drinking a lot and I didn’t know who I was without it. Now I have to get over things myself. It’s actually a much better way of living.

There’s a song on the album called Sober, which I wrote when I was a week sober. I wanted to document how I felt.

Why have you called your album Choices?

I wanted a title that was about a fresh start. I feel happy and like I’m on the right path, regardless of all the stuff that’s gone on.

I was going to call it Zero, as in starting from zero, but it felt too much like an ending. This album covers all the choices that I’ve made in the last 18 months – sobriety, ending a long-term relationship and starting running.

Has lockdown hit you financially?

I’m living on savings. I’m just trying to get by. I’m going to sell my house and move into something smaller. I’m really lucky it’s just me and I only have to feed the dog and myself.

I’ve had to cancel an American tour, a European tour, an Australian tour and three UK tours. Then I lost all the festivals I was booked for. I lost hundreds of thousands of pounds.

How important is chart success?

It matters in a commercial sense. All the five albums I’ve released have reached the Top 40 and the last two have both reached number 12. It’s great but I can sell 35,000 tickets every year for a tour. I get bums on seats so, for me, a record props up touring.

Why did you choose to enter The X Factor in 2012, the year James Arthur won?

I got scouted by a very pretty girl who saw a show I did. I was the support act and I got an encore. She asked me if I’d ever go on The X Factor and I said I’d do it only on my terms. That’s why I was the first person to sing their own songs.

Do you regret doing it?

No, because I can’t tell you what my life would have been without it, but it’s quite a cross to bear. People often say, ‘Oh, I don’t watch that s***.’ If your name is synonymous with it, it’s difficult to get rid of. I’m the only person from The X Factor who has played at Glastonbury!

Tell us about your weight loss…

I’ve lost three-and-a-half stone. It primarily came from stopping drinking. I feel really strong and able as a result, and confident in myself. It’s not so much about looking great, it’s more about the fact that if you told me to run a half marathon tomorrow, I could do it. That’s what’s amazing.

Do you think you’ll ever get married again? You and Georgina Gordon are divorcing.

Monogamy isn’t for me at all. People are all built differently and a relationship I have is very different and far more open.

We fostered children. That was something really driven by my ex-wife. It was a good experience overall. Now I can’t think of anything worse than having children. I want to live my life on my terms.

I don’t know what I want to do in the future. I don’t think I want any biological children of my own but maybe one day I would like to adopt a child as a single person – a very naughty and misunderstood teenager, like I was when I was 15.

What do you get up to away from work?

I live on my own in Chester with my dog and I’ve got a bubble with my girlfriend but she lives quite far away. I do a lot of working out – weightlifting, cross-fit, callisthenics, running and walking. I love fishing and I’m writing a memoir.

Apart from being a singer, what other jobs have you done?

I was a tour guide in a cave in Derbyshire, I was a plumber’s apprentice and I was a magician for a bit. I was an avid child magician and ended up working as a magician at parties. I even did an event for Rolls-Royce.

When are you at your happiest?

On stage, probably. I’m very much looking forward to that coming back when the lockdown is over. I love being able to interact so openly with a vast amount of people. There can be 1,000 people in a room and you can still see them.

You can change someone’s feelings and they can change mine. I walk out on stage and we all share this emotion.

Spraggan’s new single, Animal, is out now on Cooking Vinyl, taken from her album Choices, out on February 26.