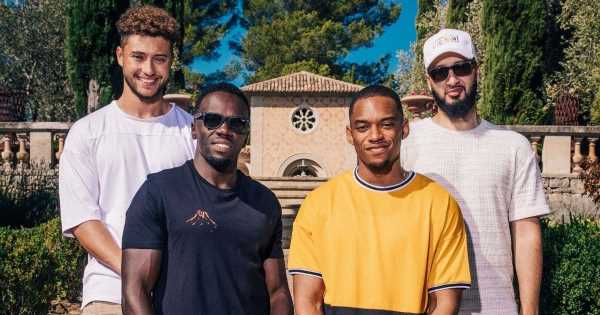 X Factor champions Rak-Su instantly won over the nation with their catchy tunes but singer Myles Stephenson claims the group were told they couldn't release music.

The group became the first boyband to win the former ITV talent show in 2017 with over 50 per cent of the public votes during the grand final.

During their time on the show, the group mentored by Simon Cowell performed their own material, as well as two cover songs – with several entering the iTunes charts.

Speaking exclusively to Daily Star, Myles, 30, claims that after signing to Syco Music following their win, they were informed they couldn't release music.

He said: "That's the thing with music and coming off of a show like that is that they kind of feel like they have the power.

"The moment we came off the show, one week later we had a song called Birthday which was recorded, mixed and mastered within two weeks of coming off the show, we went straight back to the studio with DFA – he's like an artist, a producer, like DJ Khaled."

The dad-of-one continued: "We had a song with DFA and we were like 'Yes, let's release it straight away'.

"Normally with X-Factor you have to wait X-amounts of months until you're allowed to release.

Myles explained: "There's no contractual obligation for you to wait and we ended up waiting and waiting and I think waiting for seven months was part of our downfall.

"It happens all the time, I think Cher Lloyd would have had songs there and then, ready to go.

"They always say wait eight to nine months and for us, that moment there made us kind of doubt 'Have we got any power here to do what we want' because we didn't release that song, it still hasn't been released."

Myles previously claimed the group were promised the world but the promises didn't materialise after their record label had a falling out with their management team.

He said: "Simon [Cowell] and Nicole [Scherzinger] and all of them lot said we were going to be bigger than One Direction.

"Then one day you wake up in the morning, you've got 100 messages saying Syco and Modest! have had a falling out and you have an ultimatum to decide whether you want to stay with one or the other."

Just a Friend by Rak-Su featuring AJ Moreno is out now.