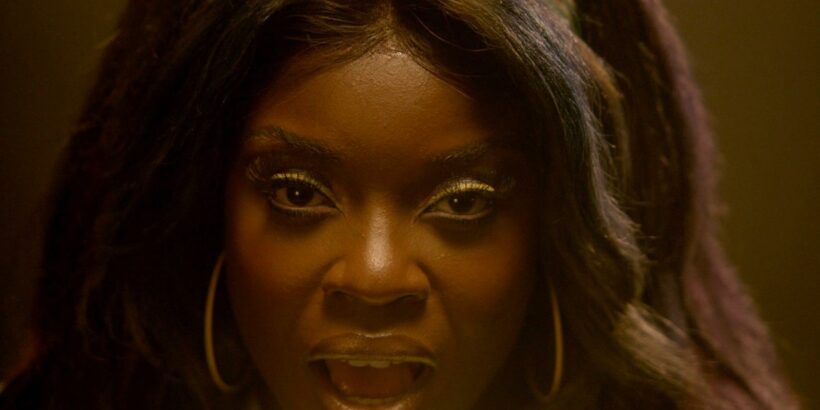 Yola has released “Stand for Myself,” the title track from her upcoming sophomore album that’s due out July 30th.

The single arrived with a vibrant music video directed by Allister Ann, showing the singer trapped inside a dark, enclosed space and gradually freeing herself with her self-empowerment. “I’m alive, alive, I’m alive/I used to be nothing like you,” she belts on the song’s climax, backed by the McCrary Sisters, as the simmering guitar track transforms into full-on arena rock.

Yola stated that the video’s claustrophobic look was inspired by the work of famed hip-hop videographer Hype Williams: “My school years were during the Nineties and ’00s, and Missy Elliott’s videos were always aesthetically superior to me…I feel that the video is set in the antechamber to freedom. The feeling of escaping something truly oppressive and heading towards an unknown with a sense of hope and choice you haven’t felt in a long time. We all have the capacity to go through this process in our own minds, I kinda look like a superhero at times, but I’m not. I’m just a person trying to be free.”

Co-written with Dan Auerbach, Hannah V, and Natalie Hemby, and produced by Auerbach, “Stand for Myself” is from the perspective of a “protagonist ‘token’ [who] has been shrinking themselves to fit into the narrative of another’s making, but it becomes clear that shrinking is pointless,” Yola said.

“This song is about a celebration of being awake from the nightmare supremacist paradigm,” she added. “Truly alive, awake, and eyes finally wide open and trained on your path to self actualization. You are thinking freely and working on undoing the mental programming that has made you live in fear. It is about standing for ourselves throughout our lives and real change coming when we challenge our thinking. This is who I’ve always been in music and in life. There was a little hiatus where I got brainwashed out of my own majesty, but a bitch is back.”

Yola previously released the Stand for Myself single “Diamond Studded Shoes.” Her debut album Walk Through Fire was released in 2019.