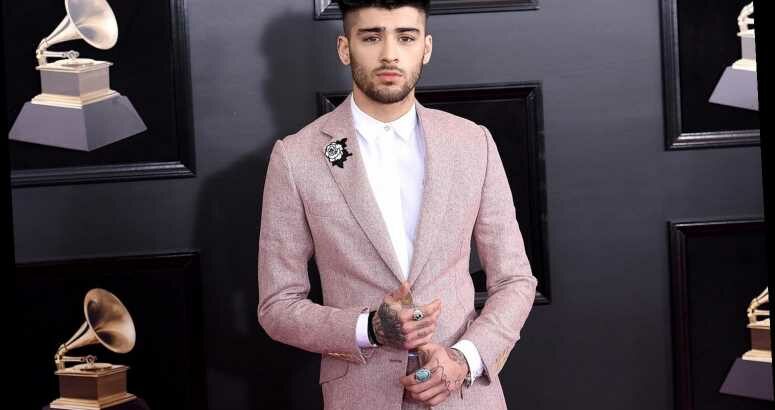 Zayn Malik is speaking out against the Recording Academy.

On Tuesday, the star, 28, shared a scathing tweet in which he seemingly alluded to the Grammy Awards being rigged.

"F— the grammys and everyone associated," he wrote. "Unless you shake hands and send gifts, there's no nomination considerations. Next year I'll send you a basket of confectionary."

Though it is unclear what sparked Malik's Twitter reaction days ahead of Sunday's award show, Malik has released three solo albums outside of his work with One Direction and been nominated once alongside Taylor Swift for their duet, "I Don't Wanna Live Forever."

His latest album, Nobody Is Listening, was not eligible for consideration this award cycle because it was released in January, five months after the eligibility period ended on Aug. 31 and two months after Grammy nominations were announced in November.

A rep for Malik did not immediately respond to PEOPLE's request for comment.

The singer is among many musicians who have criticized the Recording Academy and its selection process, including The Weeknd, Drake and Halsey.

Most recently, The Weeknd told Billboard as part of his January cover story that his lack of Grammy nominations this year "kind of hit me out of nowhere … I felt things. I don't know if it was sadness or anger. I think it was just confusion. I just wanted answers."

This week, The Weeknd's mega-hit song "Blinding Lights" became the first to spend a full year in the Top 10 of the Billboard Hot 100, according to Variety.

"We did everything right, I think," he told the outlet. "I'm not a cocky person. I'm not arrogant. People told me I was going to get nominated. The world told me. Like, 'This is it, this is your year.' We were all very confused."

The star went on to say, "I have three Grammys, which mean nothing to me now, obviously."

Shortly after Grammy nominations were announced in November, Drake shared his thoughts on his Instagram story, writing, "I think we should stop allowing ourselves to be shocked every year by the disconnect between impactful music and these awards and just accept that what once was the highest form of recognition may no longer matter to the artists that exist now and the ones that come after."

Halsey shared similar sentiments days after Drake's comments, writing on her Instagram story, "The Grammys are an elusive process. It can often be about behind the scenes private performances, knowing the right people, campaigning through the grapevine, with the right handshakes and 'bribes' that can be just ambiguous enough to pass as 'not-bribes.'"

Harvey Mason Jr., Recording Academy Chair and Interim President/CEO, addressed The Weeknd's comments in a statement he shared with PEOPLE in November.

"We understand that The Weeknd is disappointed at not being nominated," he said, later adding, "Unfortunately, every year, there are fewer nominations than the number of deserving artists. But as the only peer-voted music award, we will continue to recognize and celebrate excellence in music while shining a light on the many amazing artists that make up our global community."