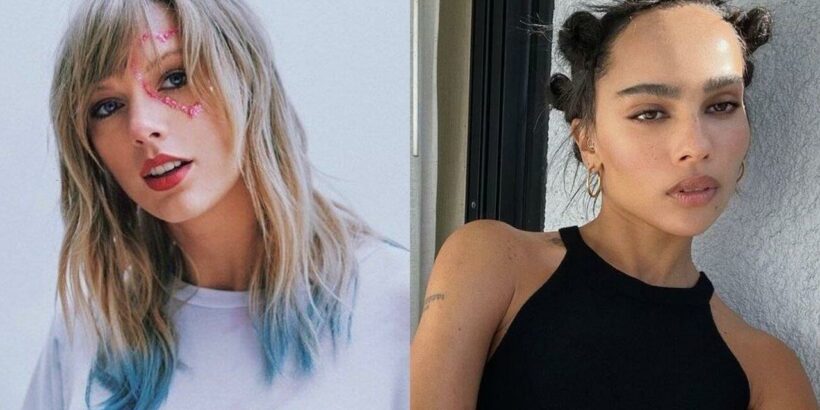 The Catwoman depicter has apparently contributed to the ‘Blank Space’ singer’s upcoming studio project by co-penning songs on the soon-to-be-released album.

11 of the album’s 13 songs were co-written by Taylor with her longtime collaborator Jack Antonoff and she penned “Snow on the Beach” with Lana Del Rey. Meanwhile, the “Love Story” hitmaker is the only writer credited for tune “Vigilante S***”.

Last month, Taylor appeared to confirm Jack had worked on her new album. A behind-the-scenes video about the making of the album featured a clip of her and Jack – who she has worked with on her most recent five albums, including the re-recorded versions of “Fearless” and “Red” – working together at the piano.

There will be several different vinyl releases of the record, and the “Blank Space” hitmaker previously revealed that they all come together to make a clock face.

Taylor previously explained the album tells the story of 13 sleepless nights. Alongside a picture of herself sitting with her head in her hands Taylor wrote on Instagram in August, “We lie awake in love and fear, in turmoil and in tears. We stare at walls and drink until they speak back.”

“We twist in our self-made cages and pray that we aren’t – right this minute – about to make some fateful life-altering mistake. This is a collection of music written in the middle of the night, a journey through terrors and sweet dreams. The floors we pace and the demons we face.”

“For all of us who have tossed and turned and decided to keep the lanterns lit and go searching – hoping that just maybe, when the clock strikes twelve … we’ll meet ourselves. ‘Midnights’, the stories of 13 sleepless nights scattered throughout my life, will be out October 21. Meet me at midnight.”