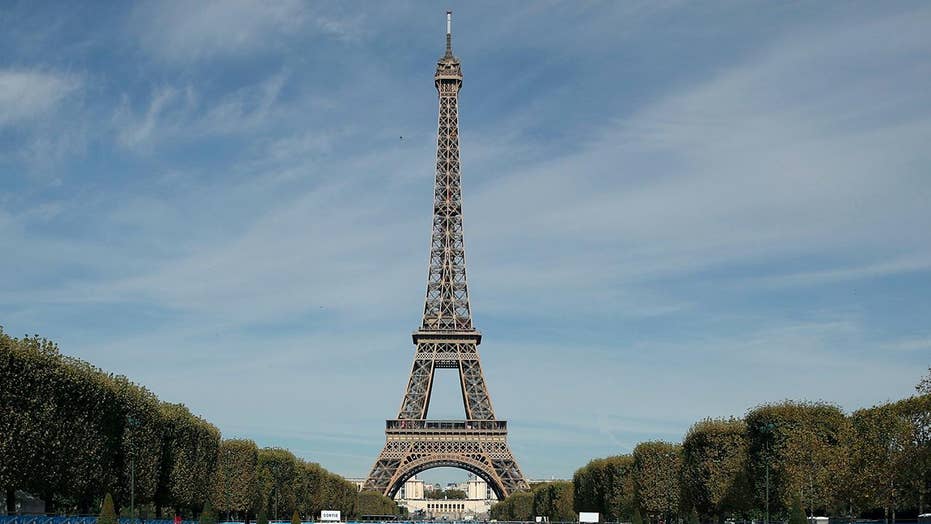 We all become a little snap-happy on holiday. We take photos of anything and everything, from famous monuments to every meal and even the most benign of objects that seem endlessly amusing to foreigners like us. But every now and then, even the most seemingly innocent and well-intentioned holiday photo lands tourists in trouble.

Last week it emerged that a British tourist in Egypt had been arrested over a video he took with his mobile phone at the airport that happened to capture a military helicopter in the background.

Muhammed Fathi Abulkasem, 19, from Manchester, was arrested shortly after arriving in Alexandria and has been charged with collecting intelligence on the Egyptian military, the Associated Press reported. He had filmed the video as his flight was landing at the airport. Taking unauthorized photographs or footage of military facilities, equipment or personnel is outlawed in Egypt.

But other, less obviously sensitive photo subjects can also get tourists in trouble, from places of worship, airports, museums and galleries, bridges, tunnels and railway stations, department stores and shopping centers, and even buildings and public works of art. Those things often dominate people’s holiday photo collections, so you could be a criminal and not even realize it.

Here are some of the surprising things tourists can’t take photos of.

It’s the most famous building in France, and possibly all of Europe. Certainly it’s one of the most iconic landmarks in the world.

But anyone who has a photo of the Eiffel Tower at night-time — and who among us hasn’t? — has technically broken the law.

Here’s why. Under European copyright law, works are protected for the lifetime of the artist, plus another 70 years. The tower’s designer, Gustave Eiffel, died in 1923, so the building entered public domain in 1993.

But the lights and projectors on the tower weren’t installed until 1985, by artist Pierre Bideau. They’re held as artistic work and still protected under copyright law.

So if you take a photo of the Eiffel Tower without the lights, you’re fine. But if the photo is taken when all those glittering lights are on — you’ve broken the law.

They say if you didn’t take a photo it didn’t happen, but when it comes to Tokyo’s Golden Gai District, your mates will just have to take your word for it.

Golden Gai, in the heart of the city’s Shinjuku district, needs to be seen to be believed. It’s a basically a tiny block packed with about 200 miniature bars — some are only big enough to fit five people, including the bartender — with a series of super narrow alleys woven throughout.

It’s always a great night out and a brilliant place to people-watch.

But signs throughout the district warn bar hoppers and tourists photos are strictly banned — and as it’s heaving with people, you probably wouldn’t get away with a sneaky snap if you tried.

You’ll just have to commit your night out to memory (if you can).

Sistine Chapel — but it’s not what you think

Instagram is littered with photos and selfies from inside Vatican City’s papal residency that’s famous for extraordinary frescoes, including Michelangelo’s "Last Judgement" and "The Creation of Adam" and Cosimo Rosselli’s "Last Supper." But those tourists got away with it — photography and filming are banned inside the Sistine Chapel, and guards can make you delete anything you took.

You may think it’s because flash photography could endanger the priceless artworks, and yes, that’s a concern. But, for a while at least, that wasn’t the primary reason photos were banned inside the Sistine Chapel — it was because a Japanese TV company had the exclusive rights.

Between 1980 and 1994 a major restoration project saw frescoes get cleaned for the first time in centuries.

Vatican officials turned to an outside source to help fund the expensive project. The highest bidder was the Nippon Television Network Corporation of Japan, which offered US$4.2 million in funding in exchange for the exclusive rights to photograph and film the restored art, The New York Times said at the time.

Nippon TV produced a big array of documentaries and art books from the deal. Its exclusivity expired three years after the completion of each artwork’s restoration, but in any effect, the photo ban is still on.

Bad news, panda fans. In October, authorities in China’s Sichuan Province issued a ban on tourists taking photos of, and with, the region’s famous pandas.

The new rule was part of a series of measured aimed at stopping people getting too close to the endangered animals at places like the popular Chengdu Research Base of Giant Panda Breeding.

As it happened, security cameras set up at the research based captured tourists capturing photos with the pandas, which outraged animal groups and prompted the ban, the Global Times reported.

Remember what we mentioned earlier about paranoid countries? It comes as no surprise in the hermit state of North Korea, photography of pretty much everything is heavily controlled.

In September Getty Images photographer Carl Court spent a week in the Communist state documenting people at work and at play.

Court explained the things he was, and wasn’t, allowed to photograph. And one of the biggest rules was capturing only full-frame images of Kim Il-sung and Kim Jong-il statues and iconography.

“You can’t crop the feet off the statues. You can’t cut a bit of the corner off,” Court said.

Tourists in North Korea are only allowed to enter the country if they’re with a state-approved travel group that regulates where they go and what they see.

Tourists are warned their mobile photos and electronic devices may be searched by North Korean authorities.

Read the full story in News.com.au.