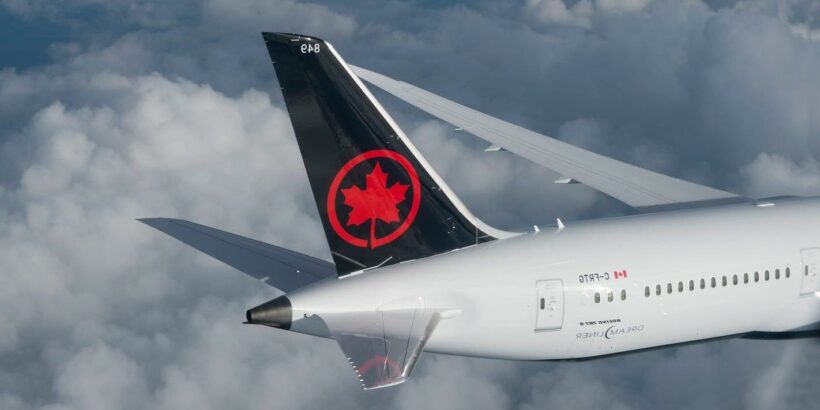 The National Airlines Council of Canada and Airlines for America, trade associations representing airlines in Canada and the U.S., sent a letter Friday urging Justin Trudeau’s administration to “swiftly” lay out a clear roadmap for a safe re-opening of air travel between the neighboring countries.

“Safely reopening transborder air travel between Canada and the U.S. is essential for both nation’s economic recovery from the pandemic,” the letter reads, adding that air travel enabled $718 billion worth of trade between the countries in 2019.

When will the Canadian border open for tourism?

The letter asks for a plan to be completed and announced by June 21, when the current Canadian border measures are set to potentially be renewed.

An airline trade group is encouraging the Canadian government to put plans in motion for lifting border restrictions this summer. Its border with the U.S. has been closed since March 2020. (Photo: Craig Bailey/FLORIDA TODAY)

The U.S.’ northern border was initially closed to leisure travelers in March2020, with only trade and essential travel allowed. Nearly 15 months later, those traveling from the U.S. to Canada must still prove that they are crossing the border for essential reasons, and are required to test for COVID-19 in advance and quarantine upon arrival.

► Travel updates: US borders with Canada, Mexico to remain closed to nonessential travel through June 21

The trade associations’ letter follows last week’s release of the latest report from Health Canada’s COVID-19 Testing and Screening Expert Advisory Panel, which called for changes to the country’s border and travel policy.

The report was prepared by experts in epidemiology, virology and advanced data analytics, and argued that border measures “must evolve” to reflect the growing number of vaccinated people. The group recommended allowing fully-vaccinated travelers to avoidtesting and quarantining, ending hotel quarantines and reducing the length of quarantines for those not fully vaccinated.

Canadian Prime Minister Justin Trudeau told the Canadian Broadcasting Corporation last month that he would prefer to wait until 75% of the country is vaccinated before fully reopening the border.

Canadian Prime Minister Justin Trudeau, right, has said he prefers to wait until 75% of Canadians are vaccinated before opening the border. He suspects that will happen this fall. (Photo: Paul Chiasson/AP)

But the advisory panel also noted that Canada is in the third wave of COVID-19, and believes “this must be taken into consideration when phasing out current border measures.”

►Open up: Michigan takes stage in the fight to open the US-Canada border

I’m vaccinated. Which countries can I travel to?

Other countries have forged ahead with airline recovery plans in recent months.

The United Kingdom, which began emerging from its latest lockdown last month, still requires Americans to quarantine for 10 days. Prime Minister Boris Johnson said in April that his country would experiment with vaccine passports but first for its own residents. At the time, the Biden administration said the U.S. government won’t be issuing them.

► Will you need a COVID-19 ‘vaccine passport’ to travel?Here’s what they are and how they might work

Meanwhile, various members of the European Union – including France – are adjusting their travel restrictions to allow fully-vaccinated Americans to enter without requiring quarantine. At the time, the Biden administration said the U.S. government won’t be issuing them. The airlines wish it would, however.

“As vaccination rates increase exponentially in both countries, and provincial governments release their restart plans, now is the time for the (Canadian) federal government to engage immediately with airlines to deliver a clear roadmap and timeline to reopen the air border,” Friday’s letter says.

► Have COVID vaccine, will travel: These are the countries open to fully vaccinated Americans