Flying during England’s World Cup quarter final with Sweden? These are the airlines where you can watch the clash from 38,000ft

With the holiday season in full swing, thousands of holidaymakers will be jetting off on their summer getaway on Saturday.

But for England fans, that’s not great timing – because Gareth Southgate’s lads are playing Sweden at 3pm in the World Cup quarter finals, so they might find themselves at 38,000ft when the big game kicks off.

So how can they keep track of England’s fortunes if they are mid-flight during the clash? Well, certain airlines are actually streaming it live on board, so some will be in luck. England players celebrate after earning a place in the World Cup quarter finals. Many holidaymakers will be mid-flight during the clash with Sweden, which kicks off on Saturday

For only the second time in history, the Sport 24 live sports channel is broadcasting Fifa World Cup matches on its network.

Owned and operated by IMG, Sport 24 has been broadcasting football’s biggest event live from Russia to over 750 aircraft on its international airline partners.

There are 13 airlines that have Sport 24 as part of their on-board entertainment, although none of them are British carriers.

However, they do include AeroMexico, Air Italy, American Airlines, All Nipon Airways, Emirates and Etihad. 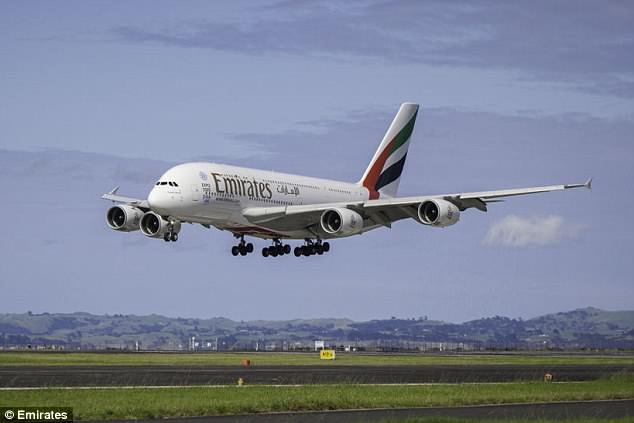 The Sport 24 channel will broadcasting games live on its network. Among the airlines that show the channel isEmirates, pictured

AIRLINES THAT WILL BE SHOWING ENGLAND’S WORLD CUP QUARTER FINAL

But some of the UK-based airlines that don’t offer these services have other ways of keeping England fans in the know about the big match.

British Airways told MailOnline Travel that if England manage to get past Sweden and make it to the semi-finals, they will put out an ACARS message (a message sent to pilots) to its long-haul aircraft.

The message will start with the words ‘football’s coming home’ followed by the score.

Flight crew will then announce the result to customers but will read out a spoiler alert before revealing the score, in case any fans want to catch up with highlights of the match when they reach their destination.

Virgin Atlantic also told MailOnline Travel that its aircraft does have onboard Wifi so customers may be able to get live updates from those on the ground.

However, any announcements of the score by the flight crew will be made at the captain’s discretion.

Norwegian Airlines confirmed that it has four flights departing from Gatwick that will be airborne during Saturday’s quarter final including a service to Gran Canaria that has a 3pm departure time.

A spokesman for the airline said: ‘Flying Norwegian means passengers using our free Wi-Fi on flights from London Gatwick to Europe can keep track of the score and social media updates from kick-off to the final whistle at 35,000ft. 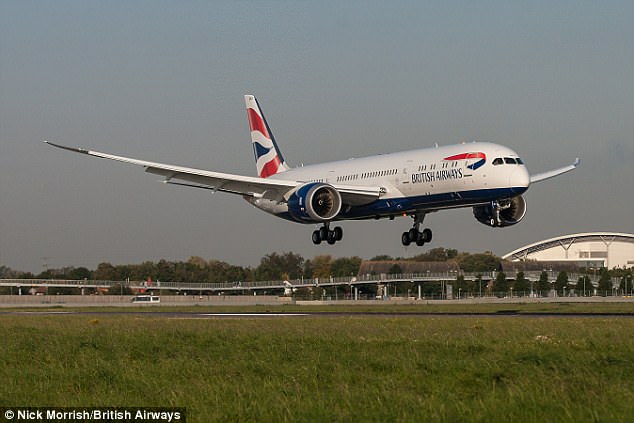 ‘It’s an exciting day for England fans and we understand that some passengers would rather not receive updates, so they can watch the game upon arrival.

‘As such, our attentive pilots and crew can provide match updates as the goals go in at their discretion and upon the request of our passengers.’

While those on holiday flights on Thomas Cook will also be kept up to date by crew.

A Thomas Cook Airlines spokesperson said: ‘We have been keeping our customers updated every step of the way during the World Cup.

‘After winning in the penalty shoot-out against Colombia, customers on board one of our flights started singing “it’s coming home” throughout the cabin!

‘On Saturday, we will of course keep our UK customers in the air up to date, as well as our Swedish customers flying with Thomas Cook Airlines Scandinavia.’