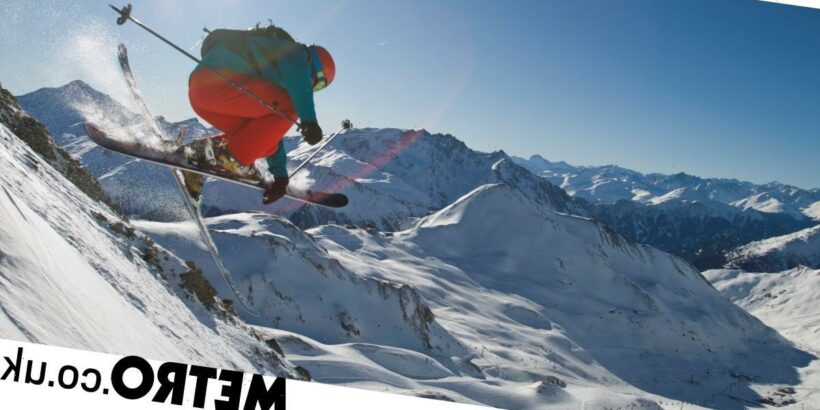 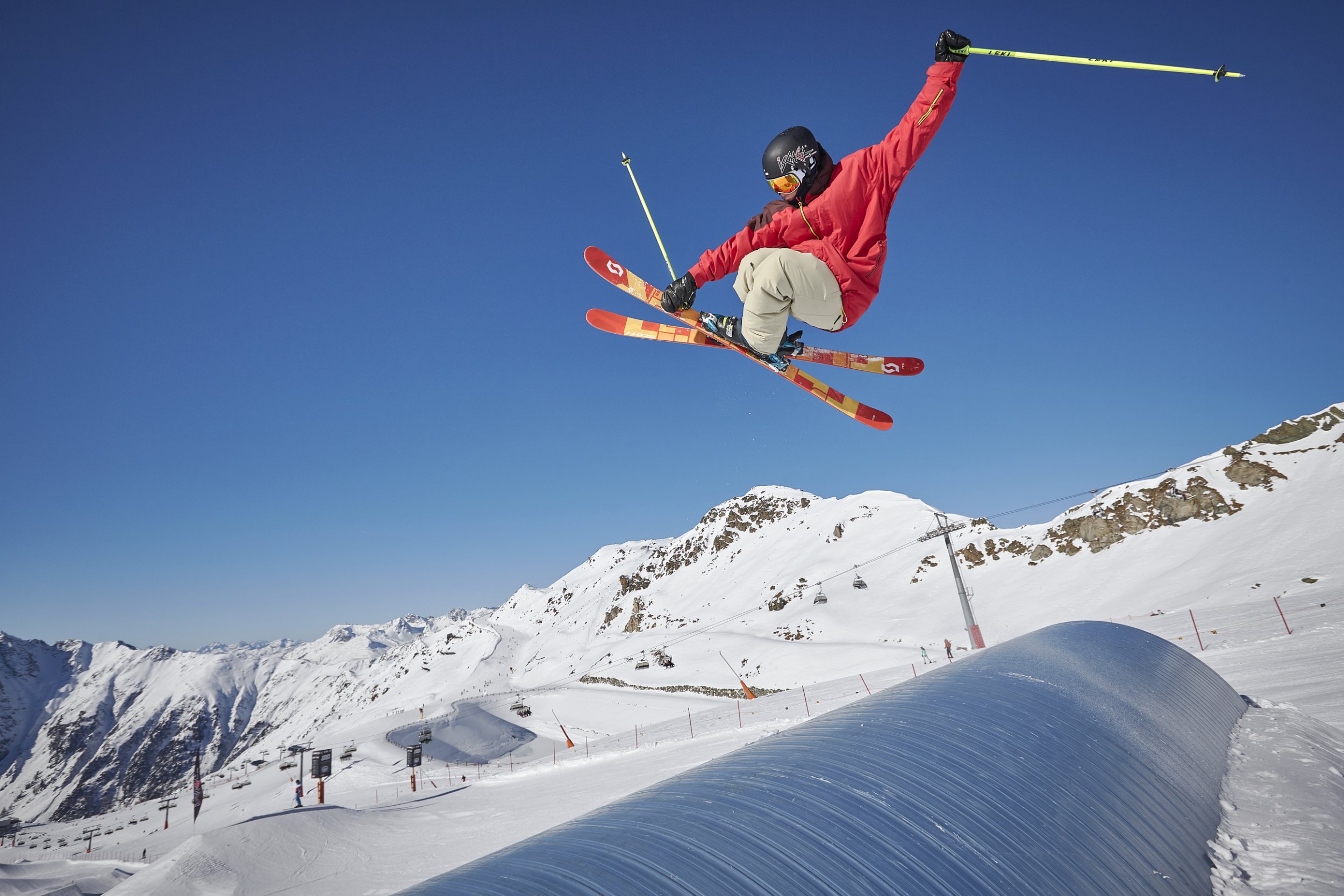 When we arrive, still in our ski gear, at the Kitzloch après-ski bar in Ischgl, the DJ is just getting the party started.

But this is very different to the parties before March 2020 when the Austrian resort – and the Kitzloch in particular – was dubbed ‘ground zero’ for Covid’s spread to northern Europe.

Back then, bars were so full that staff carried whistles in their mouths to clear a path while delivering Jägerbombs and Flügels (vodka and Red Bull shots) to raucous, thirsty skiers.

Now, the same manager, Bernard Zangl, 27, is checking our NHS booster certificates and all drinkers are seated.

‘We’re at about half pre-Covid capacity,’ he says, ‘but that’s OK. Anything’s better than last season’s lockdown and we’re aiming to be one of the safest ski resorts in Europe.’

This winter, Ischgl’s popular ski area is open again – though, as we discover, the chairlift barriers won’t open until we have our FFP2 masks pulled over our noses.

But that’s a small price to pay to be here, especially on a bright but rather frosty morning.

So why is Ischgl so popular?

First, it’s very high with north-facing slopes, so the season runs from November right through to May.

We are in search of sun so we drop into the warm, south-facing Swiss side of the area – the area straddles the border and you can even follow the smugglers’ old routes (cross-mountain smuggling of goods such as sugar, jewellery and coffee used to happen here, between Switzerland and Austria, because of shortages after World War II).

The snowboarder in our group is delighted as Ischgl doesn’t have the winding runs with flat sections of less compact resorts.

And the pistes are well groomed so I feel rather adept at getting my edges into icy slopes while slaloming down.

That is, until I slip and keep sliding on my back like an upended tortoise.

That is on one of the lower, tree-lined slopes. There are no easy runs back
into town, so beginners and families with young childen usually head to neighbouring Kappl and Galtür, with Ischgl itself most popular among groups of friends. And this is where the après comes in.

To clarify, Austrian après-ski is just that – not a late-night event but partying directly after skiing so you can then go back to the hotel spa to freshen up for dinner and be ready to ski the next morning.

Most hotels have excellent spas, though here I face a dilemma. Austrian spas are naturist – swimwear is frowned upon – but should I really go into the sauna wearing nothing but a mask?

Too soon it is time to eat. Back at my hotel, the lovely Sonne Ischgl, I tuck into
a five-course dinner, featuring schnitzel and pancakes served by waitresses in traditional dress.

Despite its party capital reputation, Ischgl is a traditional village with beautiful architecture and mostly car-free streets lined with chic boutiques we walk past the next day.

We are meeting Hannes, an instructor who will show us Ischgl’s off-piste. Because Ischgl is most popular with advanced piste skiers, the powder isn’t tracked out as fast as in more free-ride oriented resorts.

I’m soon cursing my overconfidence as he takes us over perilous ridges and, not for the first time, I realise I’m deluded about my fitness as we hike to powder bowls nearly 3,000m high.

But that is the least of my worries when I see he has brought us to a 35-degree slope – steeper than most black runs. Before any steep off-piste descent I have a feeling this may be the last thing I do.

But Hannes assures me I can do it and indeed, bouncing my turns, slowed by the soft, deep powder, I manage an almost elegant descent.

It’s true those après drinks are not as wild as before but bar owners report that skiers accept the new rules and there is still a good atmosphere, with people looking forward to more of the legendary open-air concerts this season on April 2 and 30, which in the past have featured Sir Elton John and Kylie.

Even in pre-Covid times I was amazed at how little aggro there was, despite bars being so packed.

While some people saw Covid’s spread from Ischgl as a sign of the decadence of skiing, I saw it as a result of lots of people having a good time in close proximity when few of us really knew better.

And, from what I see, even masks have not muffled Ischgl’s heady mix of exciting skiing, feel-good vibes and camaraderie. Long may it continue.

Flights from Gatwick to Innsbruck on EasyJet from £20.99 one way, easyjet.com; rooms at four-star Hotel Sonne start at £146pn, sonne-ischgl.at. For more visit ischgl.com. Always check entry requirements at gov.uk.

What you need to know about Ischgl’s Covid measures

Currently, you will need proof of full vaccination to enter all hotels, bars and restaurants, and also to buy a lift pass.

There is an enforced 10pm curfew, and FFP2 face masks are required.

The resort’s ski lift company has also invested around €700,000 (£585,000) in hygiene measures, and has installed new intelligent camera systems on Ischgl’s three cable cars, which optimise waiting times and reduce crowding in the queuing areas by means of ‘density measures and mobility analysis’.