Let me clarify. The tipple is in the bath, not me. 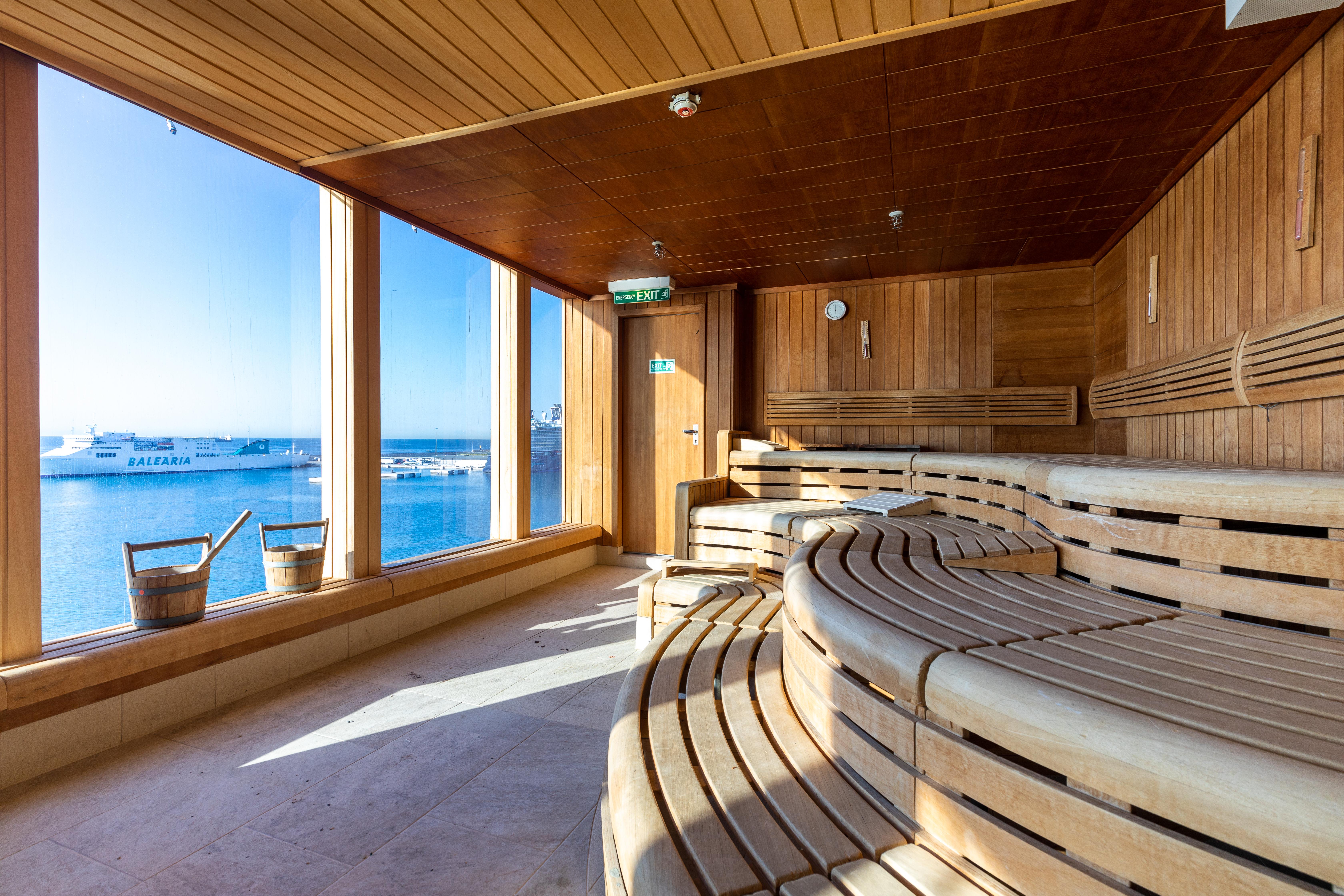 It’s one of many quirky concoctions on the drinks’ menu in the ship’s bar-cum-nightclub Indigo that have been dreamed up by Neil and Neil, aka the Bar Wizards from Britain’s Got Talent.

They are seriously show-stopping ways for friends to down cocktails together. The Bathtub gin and a Saturday Night At The Movies vodka mix that my mates and I are trying really are made for sharing. Just grab a straw and dive in.

I bet the two Neils will be on this ship for real soon because this new addition to Marella (formerly Thomson) Cruises is not just the firm’s biggest ship, but also its best.

She has room for 1,924 passengers, more cabins with balconies, more places to eat and drink and fun clubs for kids and teens. There’s also a spectacular spa run by Champneys which boasts steam rooms, saunas, a hammam, and a blue room with heated loungers that vibrate and play music.

It costs £73 for a seven-day pass — many other cruise liners charge that for one day. The hammam is extra though, £75 for 50 minutes.

There’s a hair salon, a nail bar, facials and massages. No pain, no gain, I told myself between gritted teeth as masseur Rosal kneaded out the knots in my shoulders. There’s even a doctor on hand to administer fillers and vitamin jabs if you have a spare £259.

Marella Explorer is not a new ship. As the MV Galaxy, she starred in the 1998 TV series The Cruise featuring then-unknown singer Jane McDonald, and since 2009 she was Mein Schiff for a German cruise. But she looks ab fab following a four-week makeover. 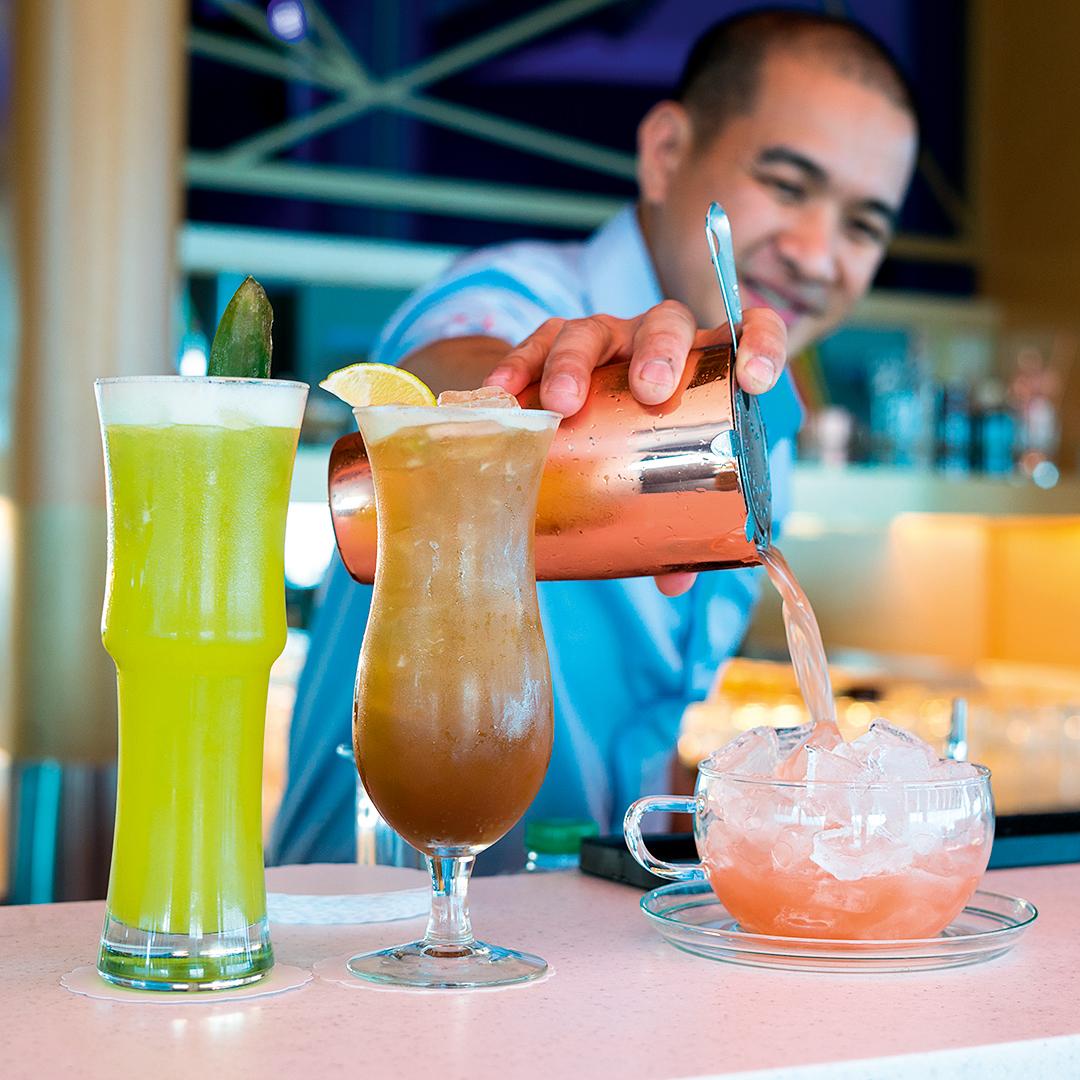 So fab that popstar Craig David made an appearance to christen her in a glitzy ceremony in Palma de Mallorca with lasers and fireworks.

She is cruising in the Med this summer and moves to the Caribbean in winter. Come summer 2019, she’s sailing from Newcastle and Southampton so you can have a ball on board without having to fly.

There are lots of great hangouts on the ship. My favourite was The Mediterranean — a conservatory-like lounge with a roof that opens on sunny days. There’s a pasta bar on one side and tapas on the other.

Both are included in the cost of the cruise, as are the sarnies and burgers in the poolside Snack Shack, the grub in the Market Place self-service, and dining in Latitudes 53, the main dining room.

This is an elegant restaurant with none of that set dining from the old days of cruising. Instead turn up when you’re hungry and if it’s busy, pop into Bar 53 next door and the maître d’ will call you when there’s a table. You won’t even have to pay for the booze as drinks are included in the cost of the cruise. 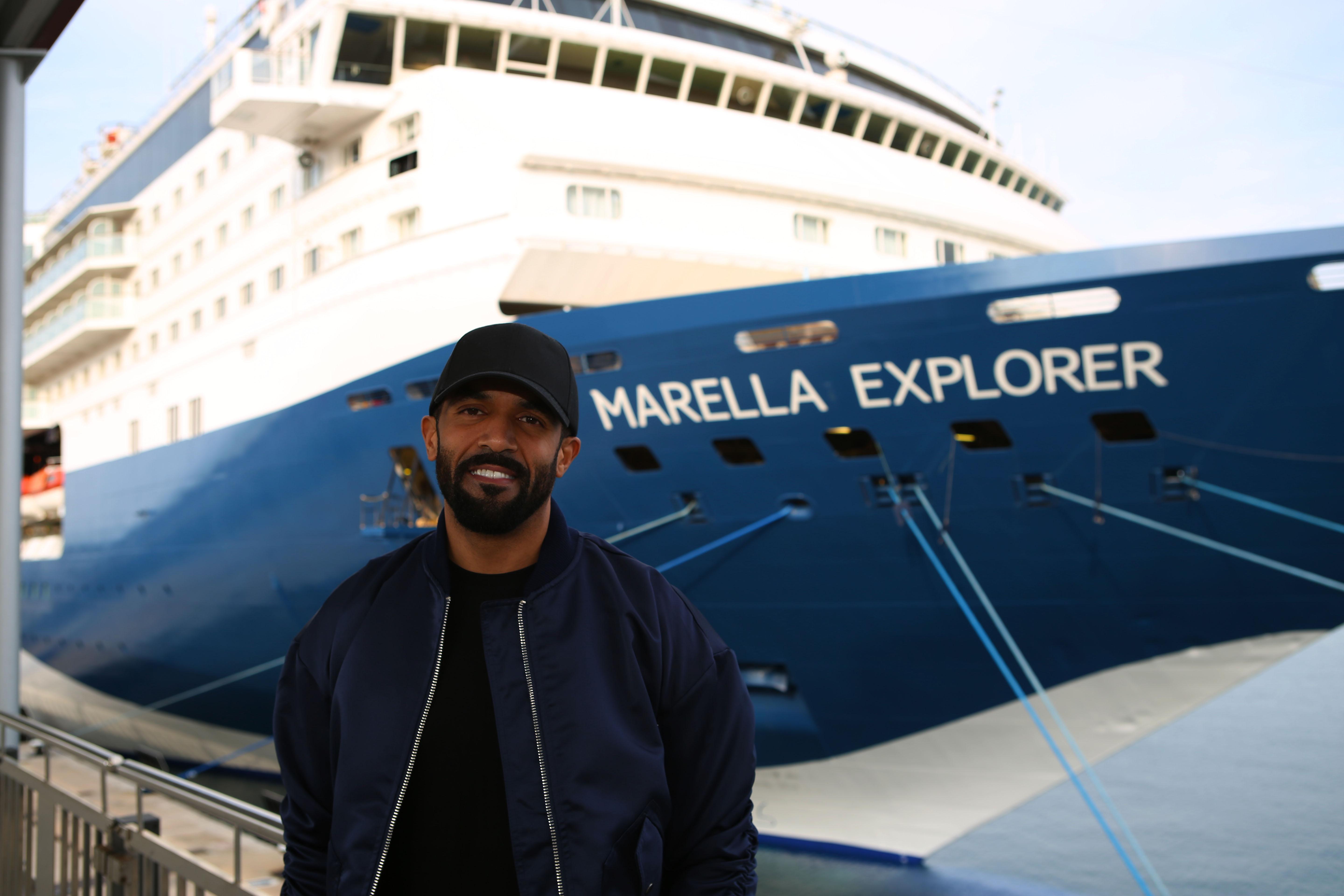 The basic package covers most alcoholic and soft drinks but for a bargain £50 per person per week extra you can go platinum and indulge in all those weird and wonderful cocktails in Indigo without paying a penny extra. Crew tips are also included so there are no big bills at the end of the cruise.

Although you need not spend a penny extra onboard that would mean missing a treat or two at the Surf ’n’ Turf steakhouse and Asian Kora-La, which serves fabulous curries. Eating here costs £28.95 and £22.95 per person respectively. The Dining Club is more expensive (from £34.95 per person) but it has a superb menu that includes beef short ribs in whisky sauce and rack of lamb in puff pastry.

It also doubles as a waiter-service breakfast room for suite passengers, which is a great reason for splashing out on an Executive Suite. You’ll also have more space, Clarins toiletries and a Lavazza coffee machine.

My family cabin wasn’t quite so swish, and the bed was enclosed on three sides, but it had a kettle and a hammock on the balcony that rocked me to sleep in the sun.

I wasn’t too impressed with the private cabanas on the Veranda. They are in a peaceful adult-only zone but cost £99 a day. At least that includes access to the thermal suite for two.

Marella has gone overboard (sorry) with the entertainment on Explorer. There are 12 new theatre shows featuring the music of everyone from Pink Floyd and David Bowie to Fleetwood Mac, Elvis and Prince.

There are shows dedicated to soul, musicals and the movies. Wear flowers in your hair in Festival, which recalls Woodstock, and brush up your Latin moves with performers from dance show Zuma in Indigo.
Add the welcome aboard shows to the line-up and you can see a ­different performance every evening of a two-week cruise — and follow up with a bevy or two in a different bar almost every night. And all at no extra cost.