She’s travelled 12.8million miles during her career and has flown to almost every country in the world. 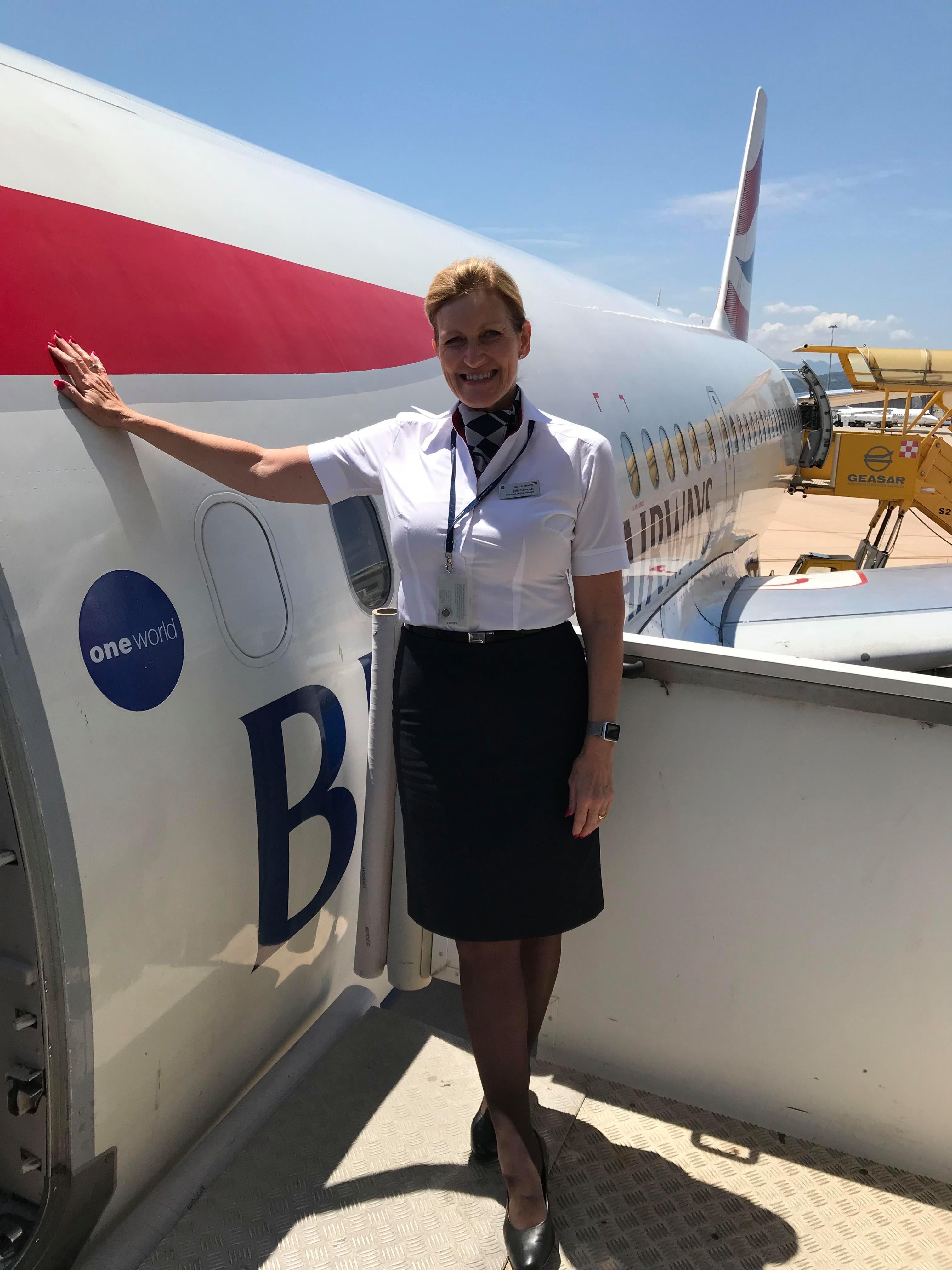 In that time, Julie, now 59, has watched plane travel turn from something only the rich could afford to an annual event for most Brits.

From serving the royal family to working the famous Concorde flights, Julie has seen it all – and reveals that the golden age of plane travel in the 1960s and 70s wasn’t all it’s cracked up to be.

Julie lives in Cheshire with her husband and has five kids, with one daughter called Keeley-Jade, 29, who even followed her mum into the career.

Julie told us: “I was a flying nut even as a kid. I lived near Heathrow Airport as a child and would love to plane spot." 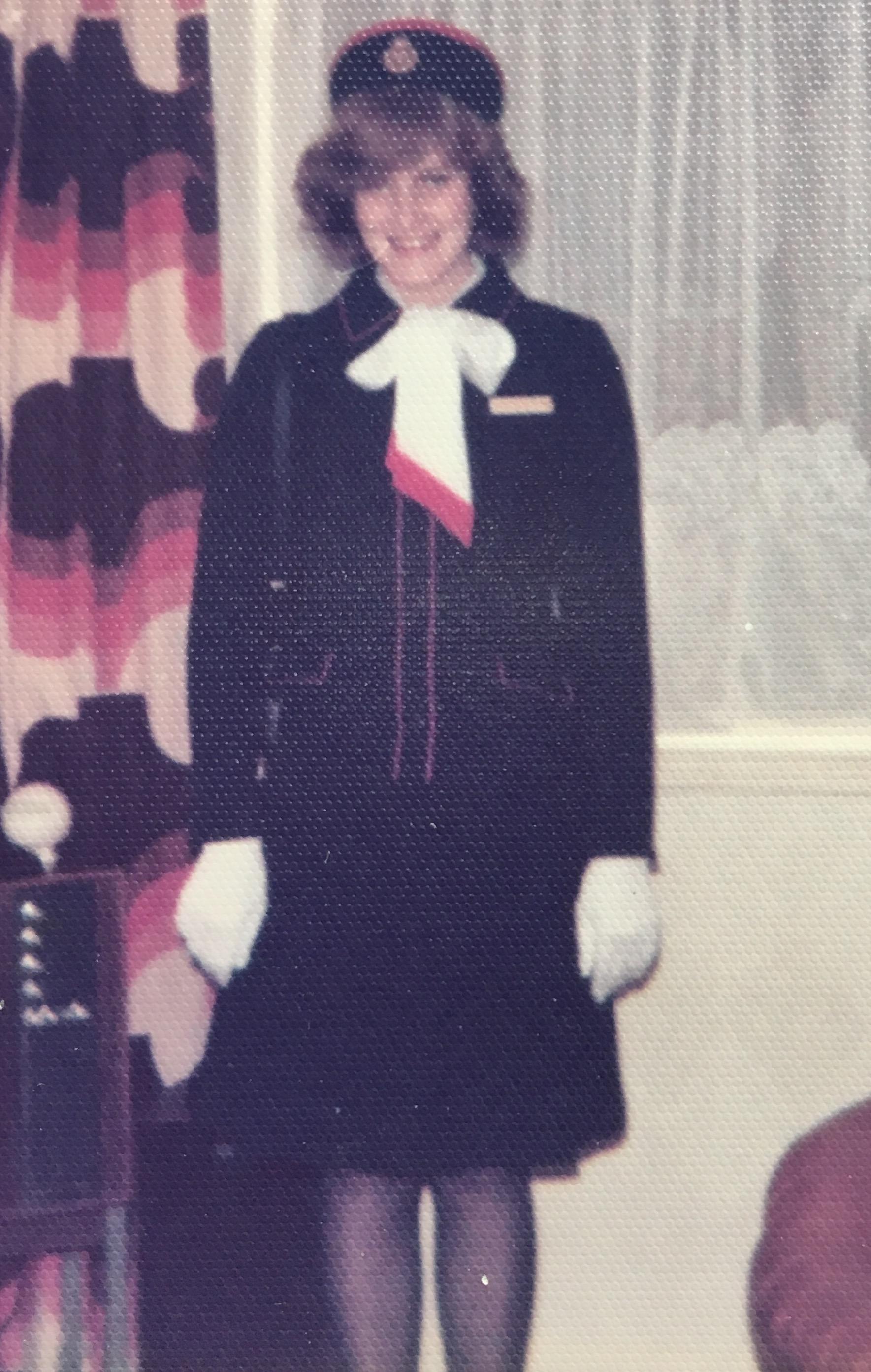 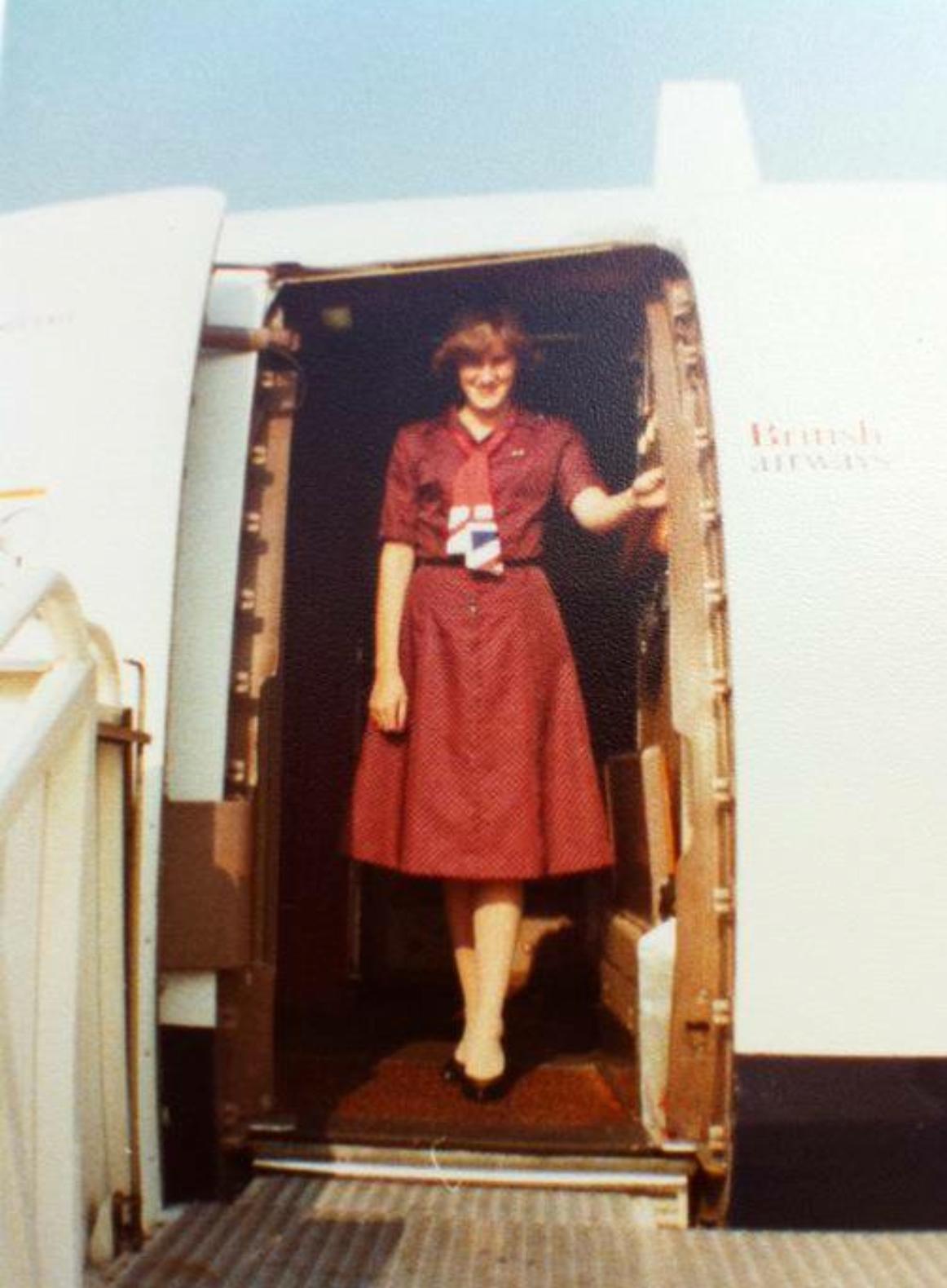 Julie was working in the offices at British Airways at the age of 17 when she applied to work as a flight attendant.

She said: “I heard that the company was recruiting for new cabin crew in the same building I worked in. I was asked to do an interview on the spot that day at 4pm.

“When I got the job my manager had to be my guarantor to assure the company that I was mature enough to work on planes.” 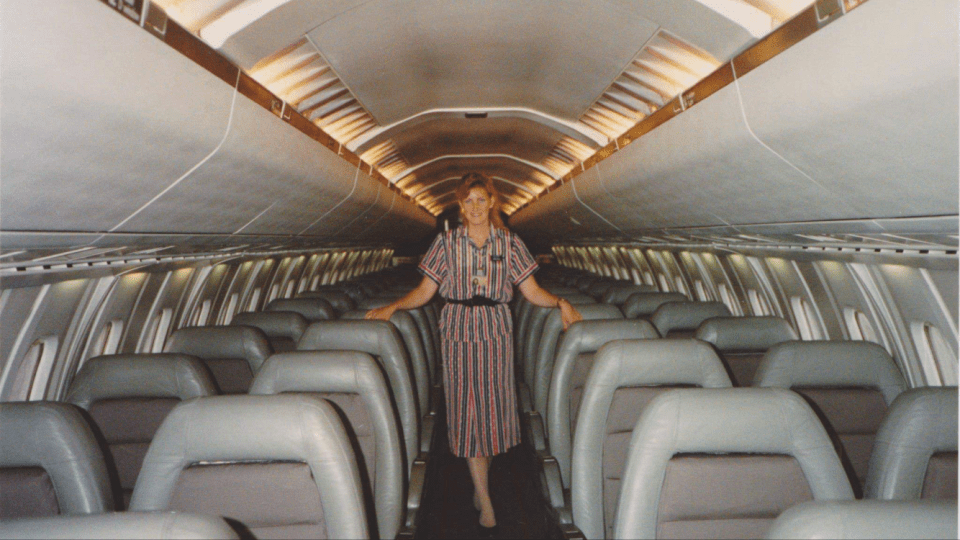 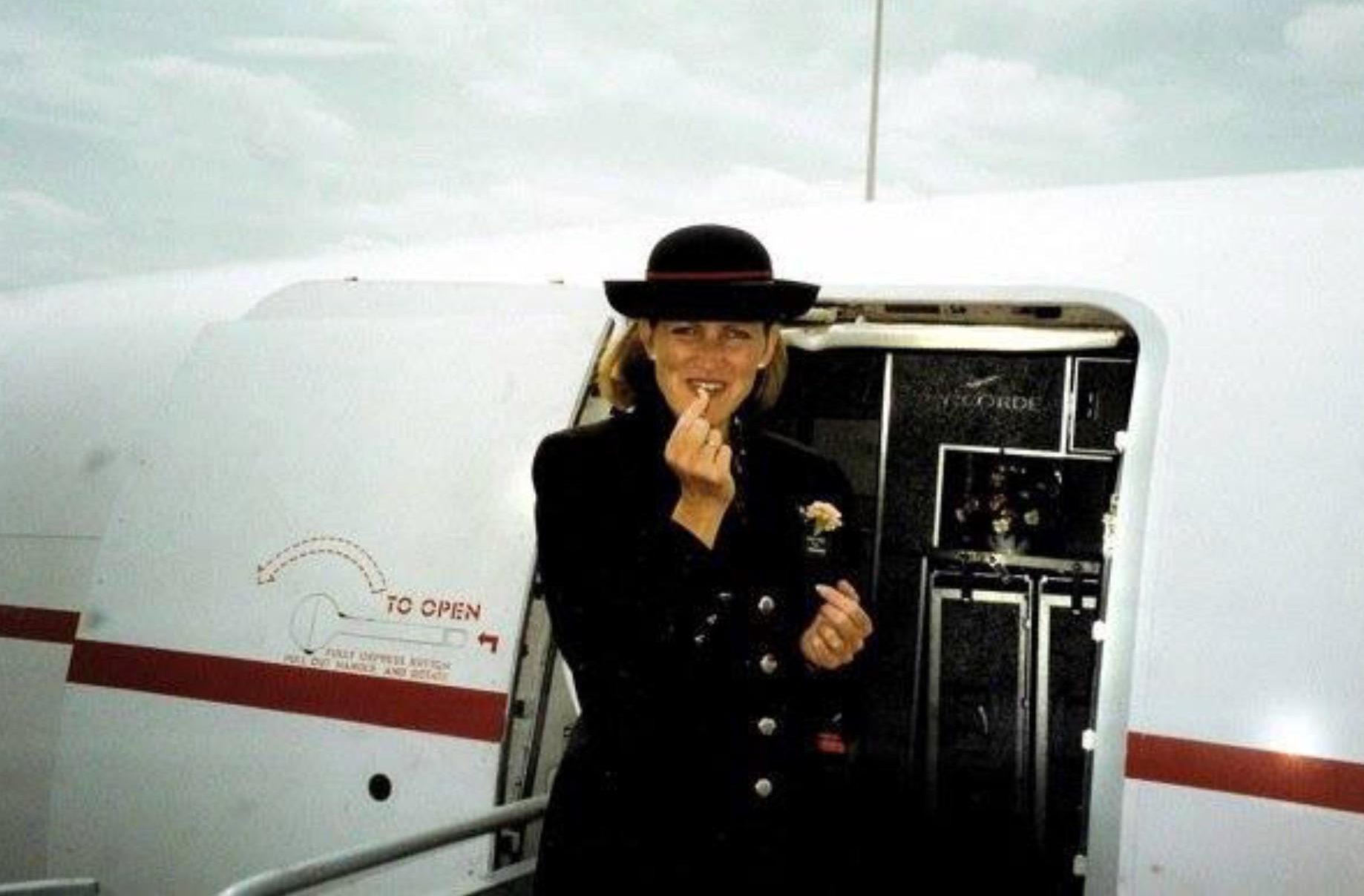 But her first flight wasn’t as glamorous as you might imagine.

She said: “I flew from London to Newcastle. It wasn’t always that glitzy. But I took it all in my stride.”

Despite Julie having taken to the skies during the “golden age” of flying, she believes that we actually have it much better these days.

She said: “These days air travel is accessible for most people – a lot of the mystique has been taken away.

“The seats back then weren’t half as comfy as they are now, and you’d only get the choice of chicken or beef for dinner – no veggie option." 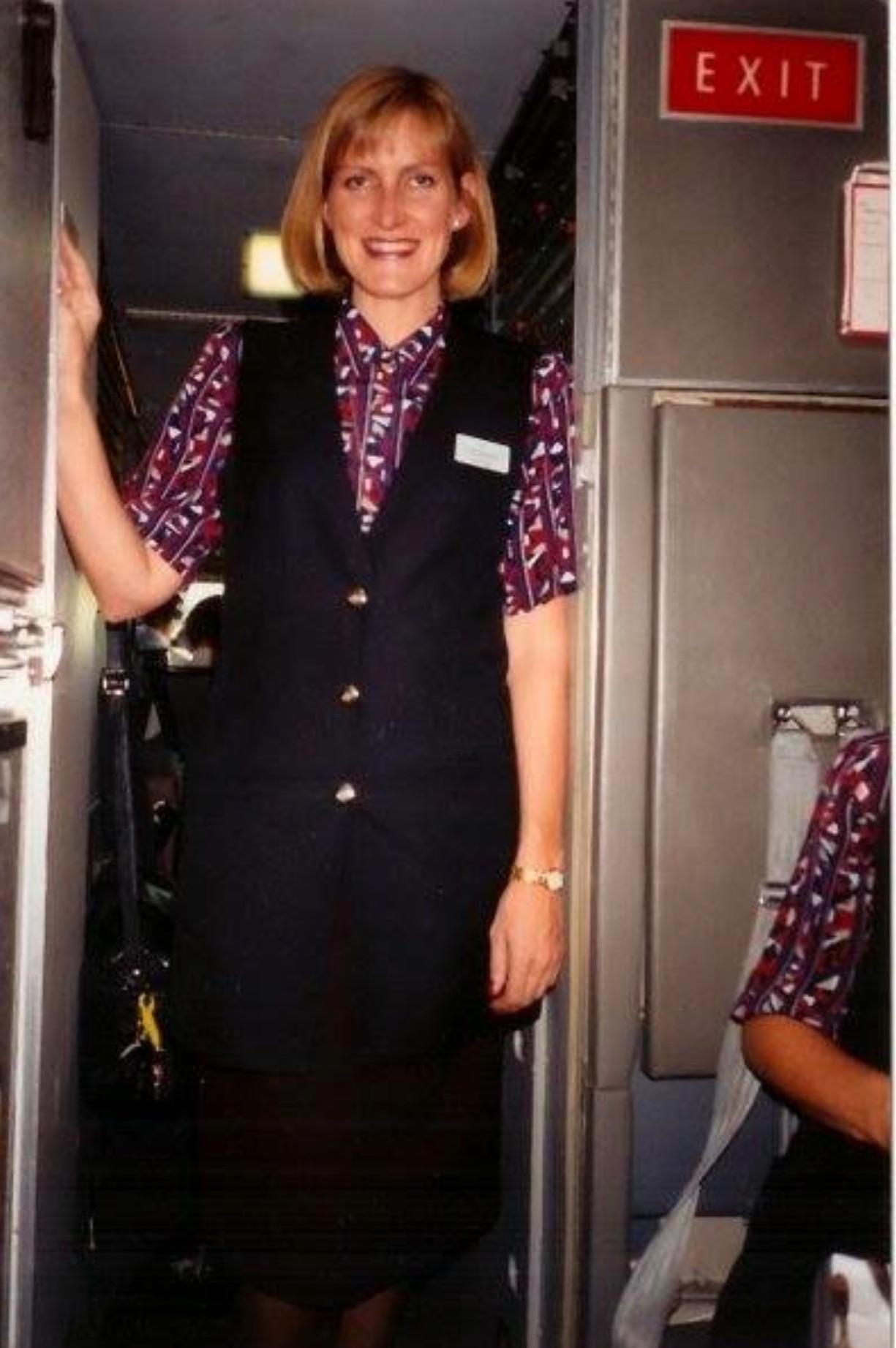 Even though they'd have been forgiven for wearing a tracksuit on less comfy seats, the public did make a lot more effort to dress up for a flight.

“Nowadays people pick leggings and jumpers because fashion is more about comfort. Nobody wants to sit on a 12-hour flight with a tie on.” 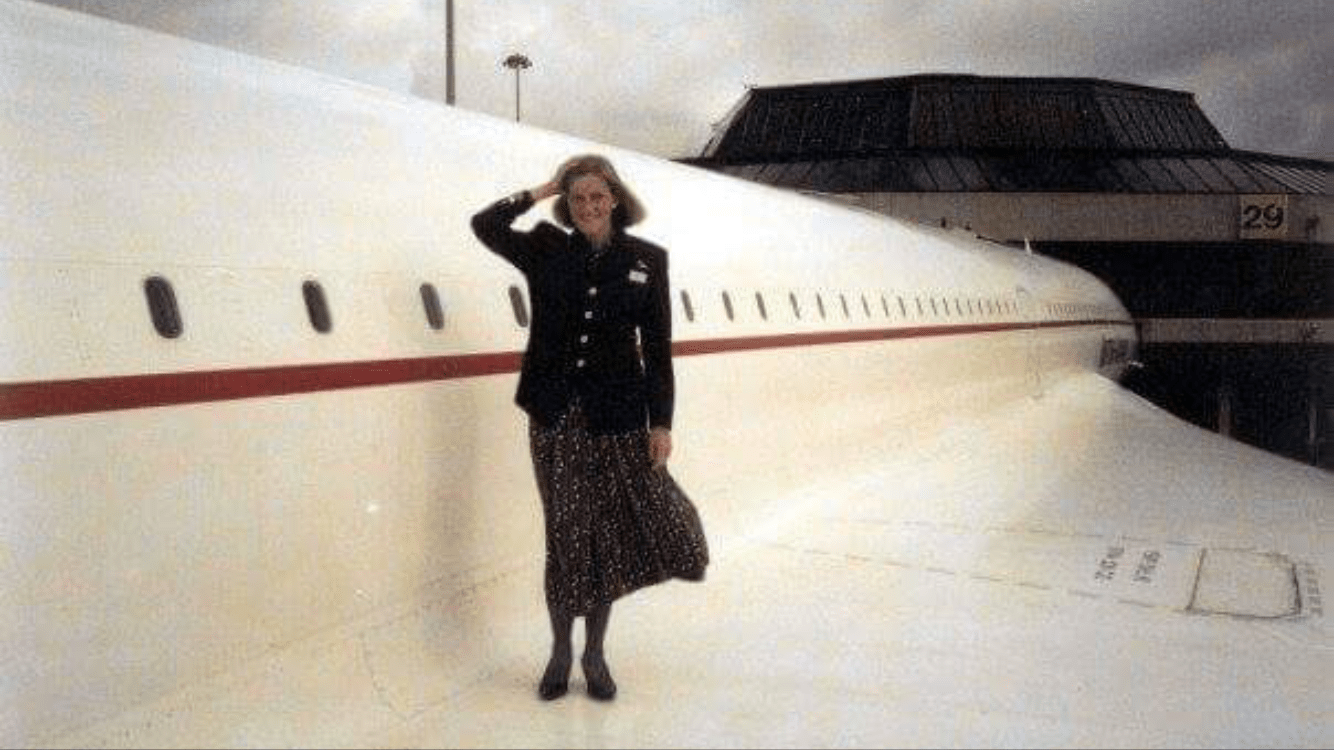 Flying has got much more comfortable for flight attendants over the years too.

She said: “Nowadays we have our cabin crew bunks where we can go for a sleep during a long hail flight. We can put on our pyjamas and have a nap.”

Julie says she’s just as happy working in economy as she is in first class – and has served numerous actors, pop stars and royalty on planes, although she won't reveal exactly who.

She said: “The royals especially like BA because of its heritage and history.” 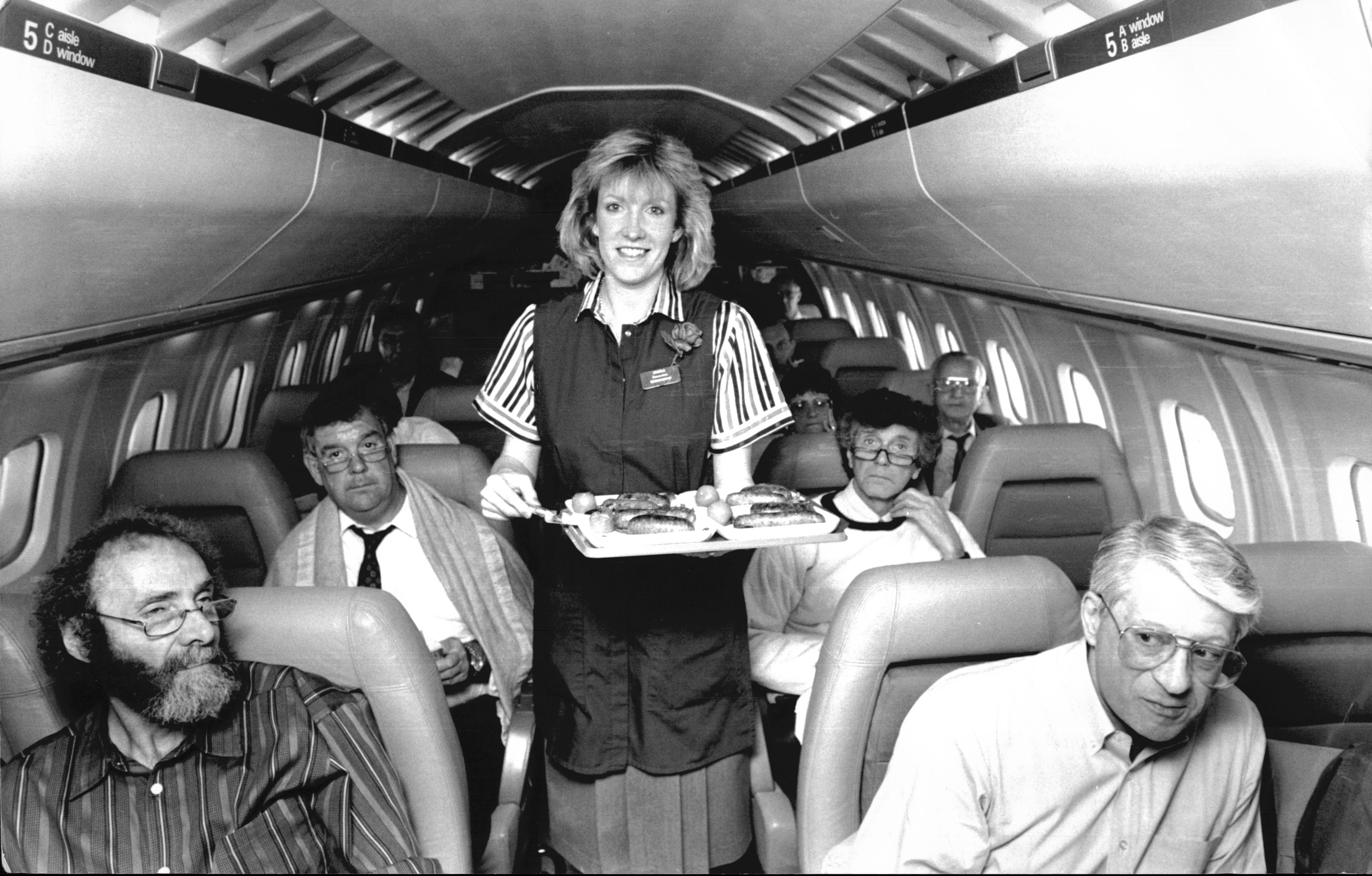 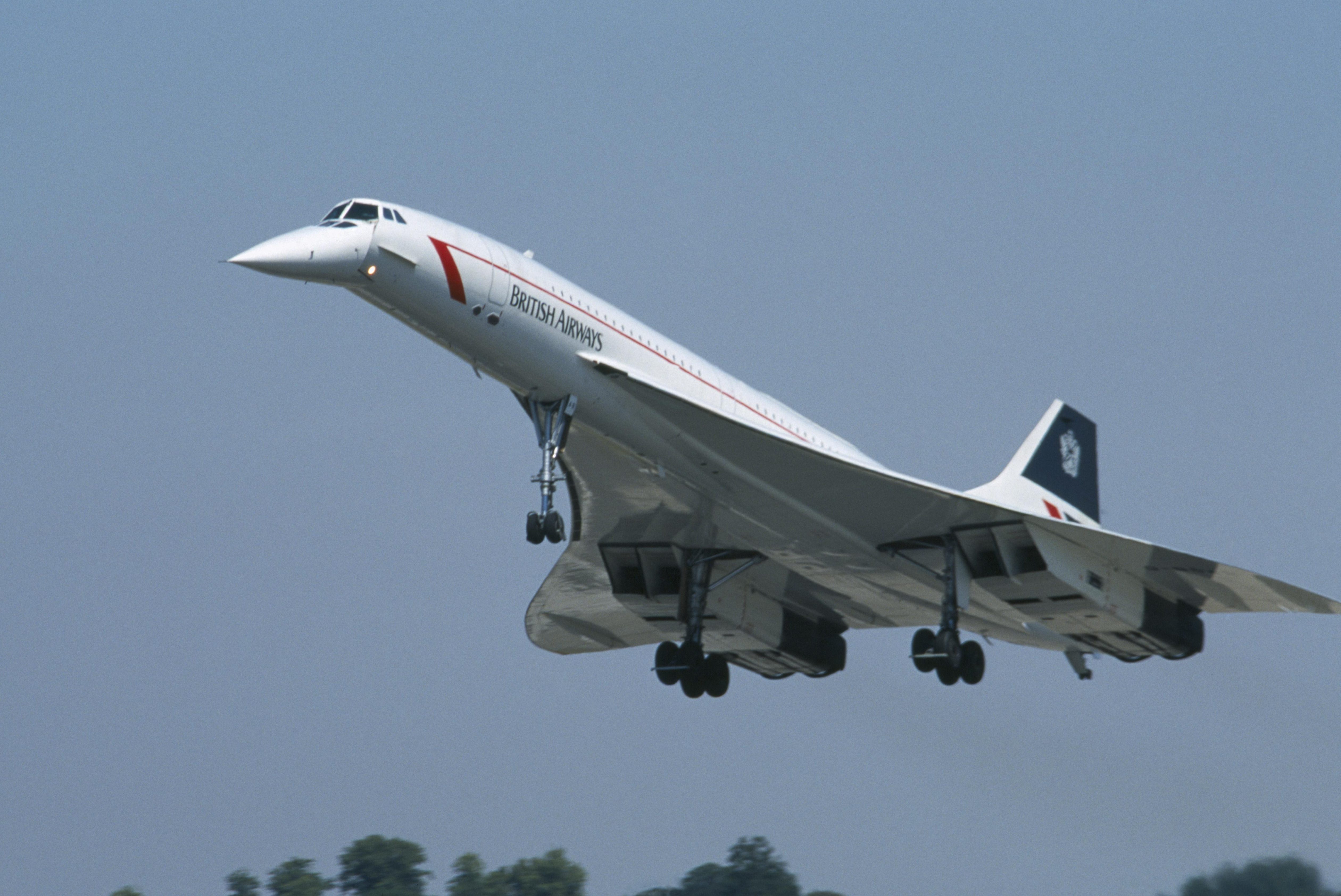 In her time, Julie has flown to almost every country in the world.

She said: “I was also fortunate enough to fly a round-the-world trip on Concorde. It stopped off in Dallas, Las Vegas, Honolulu, Fiji, Bali and New York in just one trip."

Julie has to deal with passengers who might try and flirt with her on board, but she says she has a good technique for fending them off. 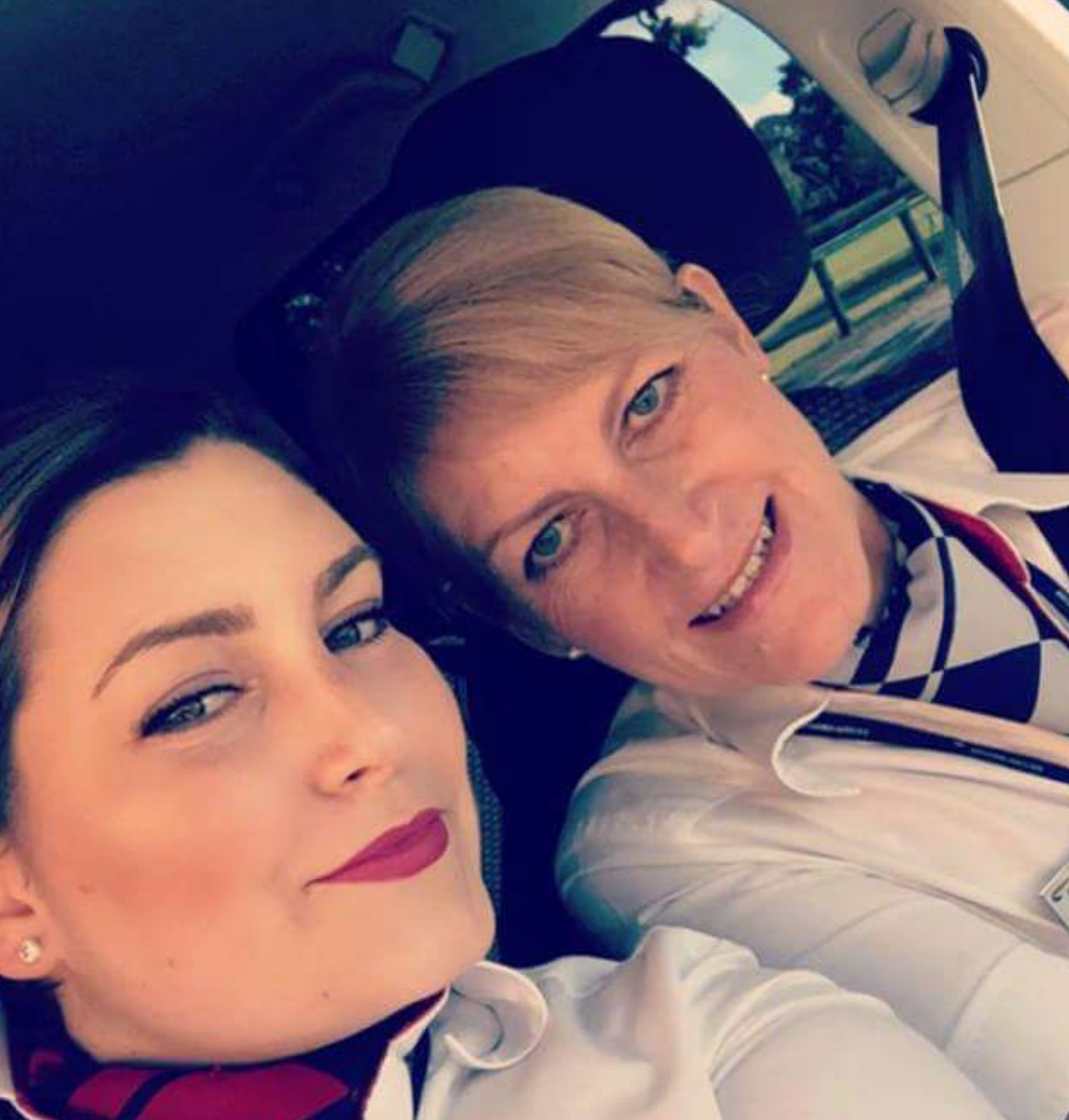 She said: “I have a lovely wedding ring and I will make sure I flash that if a passenger is being a little forward.”

And then there’s the passengers who have had a bit too much to drink on board.

She said: “I am very tuned into people who are drinking too much. I have a chat with them.

“I will make a suggestion that it’s coffee time, and that they should sit down and watch a movie.” 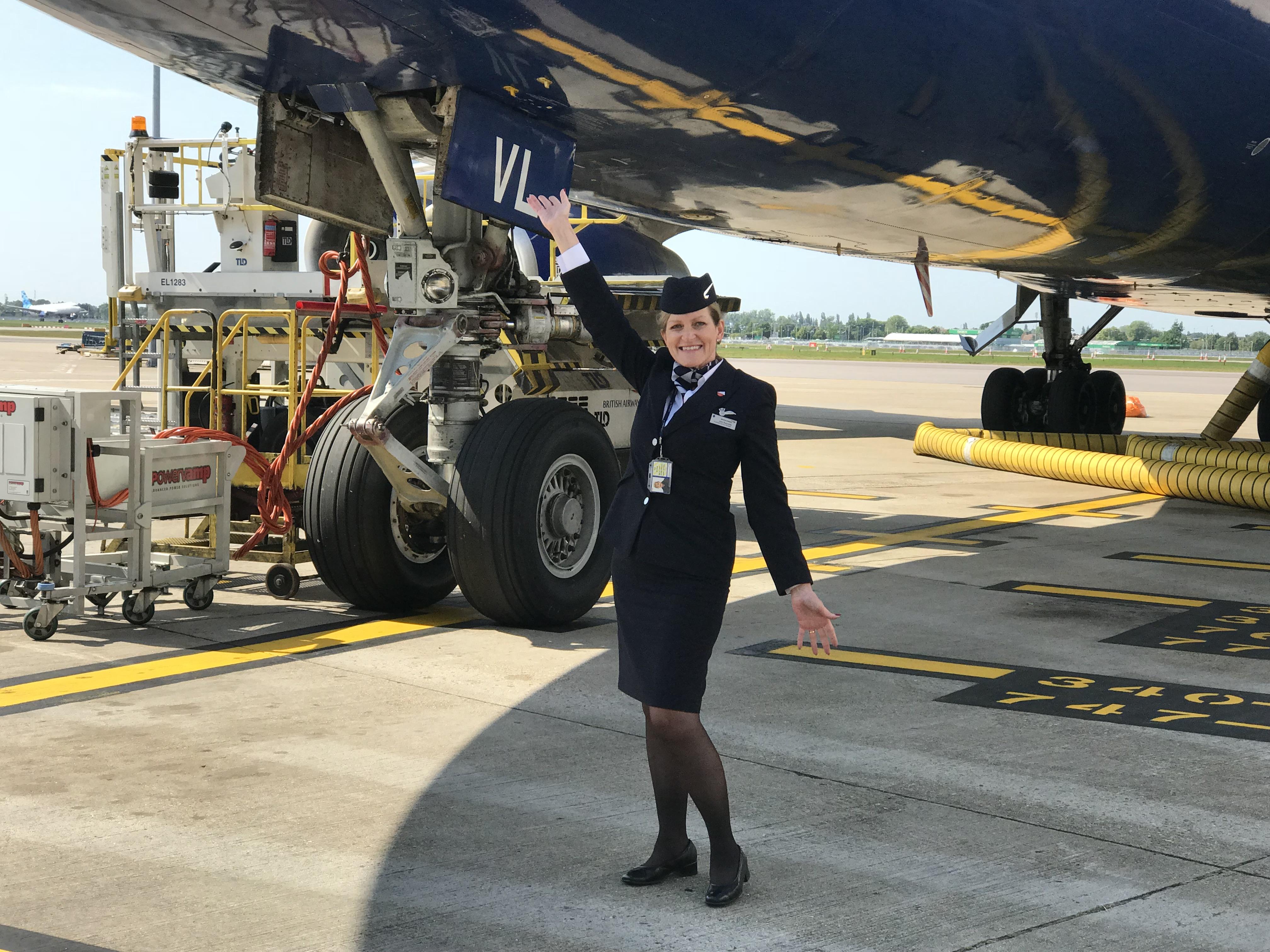 Julie has had some very odd requests on board, such as the passenger who asked her to pop out for some sushi mid-flight.

Julie said: “I couldn’t get him exactly what he wanted – it’s a little difficult at 48,000 feet. But I did the best I could with what was on board.”

And when it comes to marriage proposals, Julie has seen a fair few. But that doesn’t always mean they work out well.

She said: “We had a man tell us in advance he was going to propose to his girlfriend, so we were ready and waiting with champagne.

“And her face just dropped. The answer was no. We very tactfully lead the man away to another seat for the rest of the flight.”

Julie has one more pearl of wisdom before our chat finishes.

She said: “We need to be on time and our business depends on it. We have specific slot times for planes which we have to stick to.

“So please don’t get waylaid doing your duty free shopping. Please be on time for your flight.”

Sun Online Travel previously revealed the five questions that flight attendants hate – including if you can have an upgrade or swap seats.