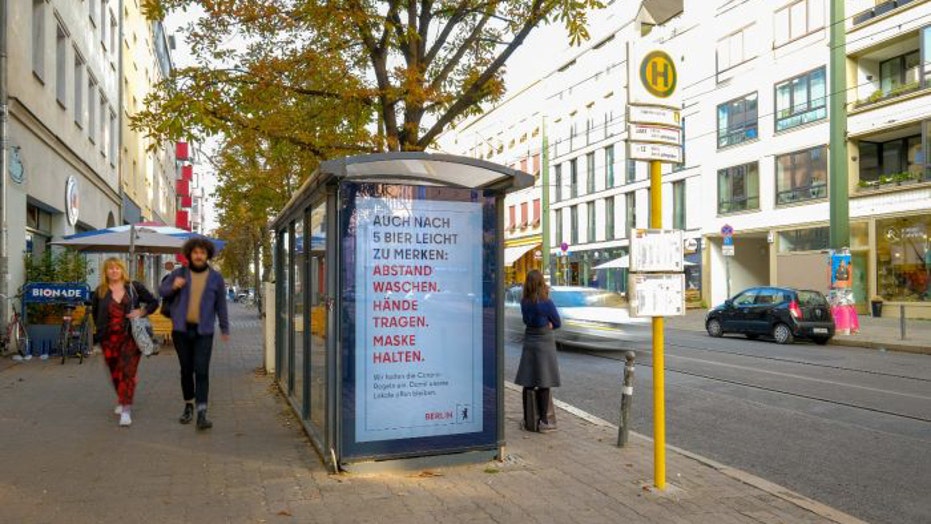 Some Florida businesses have seen a 90 percent revenue drop during the pandemic; Bryan Llenas reports from Miami.

It certainly gets the point across, does it not?

A recent series of advertisements launched by the city of Berlin’s tourism department has ruffled a few feathers — and critics are pointing the finger at one ad, in particular. 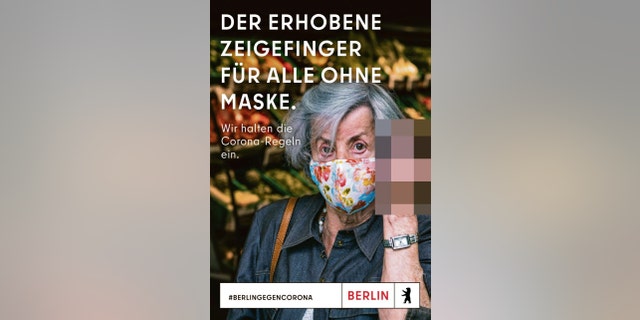 The ad featured an image of a woman brandishing her finger at "those without a mask."
(Visit Berlin)

"The raised index finger for all those without a mask,” reads the ad, which also features an image of a woman brandishing her middle finger. “We obey the corona rules.”

In response, Visit Berlin has reportedly pulled the ad from its larger “Berlin Gegen Corona” (“Berlin Against Corona”) campaign currently appearing across the city.

Visit Berlin, the official tourism website of Germany's capital city, had released the campaign in September along with a series of public service announcements aimed at encouraging tourists and locals to wear masks amid the ongoing coronavirus pandemic. The campaign’s message, which has also been approved by the Senate Department for Economics, Energy and Public Enterprises, also specifically targeted restaurateurs and bar owners, who are currently subject to a number of coronavirus regulations regarding capacity, spacing and hours of operation.

“Berlin's range of interesting restaurants, bars and pubs is legendary. We want to keep that together,” said Burkhard Kieker, the managing director of Visit Berlin, in a press release issued upon the debut of the campaign in September. “The raised index finger is not well received in Berlin. That's why we want to pick up the Berliners with their own dry sense of humor."

Christian Tänzler, a representative for Visit Berlin, had also confirmed to the BBC that its use of the term “index finger,” despite the woman in the ad clearly brandishing her middle finger, was an intentional choice.

But while plenty found the ad amusing, some aren’t so tickled.

"The Senate seem to think that insulting people is more successful than strict, clear rules with efficient controls,” said Lorenz Maroldt, the editor-in-chief of Berlin's Der Tagesspiegel newspaper, according to the BBC. “They failed with that completely."

Tänzler later apologized if the ad offended any tourists or Berlin residents who are medically prohibited from wearing a mask, and might feel offended.

Then, on Wednesday, the ad was pulled entirely, Reuters reported.

The campaign's other ads, which are not nearly as blunt, will continue to appear throughout the city, a representative for Visit Berlin told Reuters. Included among the remaining announcements is one that claims the city's coronavirus recommendations are “easy to remember even after five beers,” while another urges viewers to keep their "masks on," or else the Berlin's lights will be "going off." 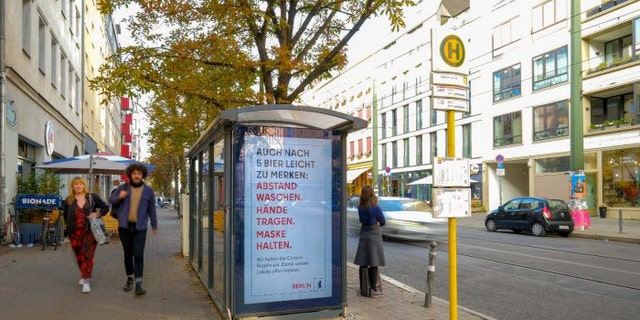 The messages are currently appearing on virtual billboards and at bus stops in Berlin’s popular tourist locations. The campaign is scheduled to run through March in order to help “get through autumn and winter without a new lockdown.”