At first glance this picture may look innocent enough – but it resulted in the person posing in it receiving death wishes.

He’s a Belgian travel blogger and the column he’s sitting on is part of the Pompeii ruins.

Sitting on these ancient pillars is forbidden and after the image was posted online it provoked a furious reaction in Italy, prompting the traveller to issue a lengthy apology. 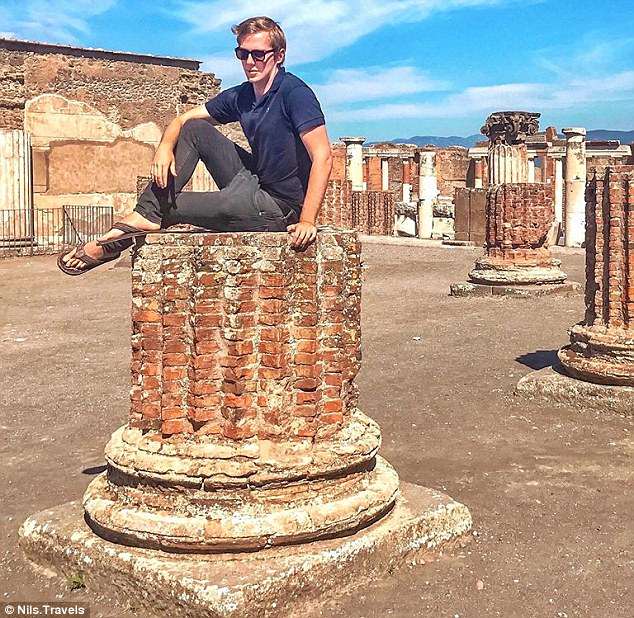 This travel blogger received ‘death wishes’ after he posted this picture online, in which he’s sitting on an ancient Pompeii pillar

He goes by the name Nils Travels online and when he first posted the picture to his Instagram page on June 1 it was well received.

But fury soon erupted as the image was shared more widely.

Local researcher Vincenzo Marasco argued on a Facebook post that ‘the fragility of our historic heritage must be protected’ and the blogger was reported to the archaeological site’s authorities.

The blogger in his original caption, now deleted, boasted that he’d found ‘a little area that had NO people! Meaning, nobody to yell at me meaning I had to come down from this thing! Exactly what I needed!’

The picture remains on his Instagram and Facebook page, but on the latter, there is now a lengthy apology.

It says: ‘I would like to apologise to everyone that I have offended by sitting on this stone column. I admit that it was not my smartest decision, and I was not thinking about the historical significance of the place and how it could be perceived by others if I pictured myself in this manner.

‘In my photography, I try to always convey the beauty and feeling that I experience myself in a place, so I meant in no way to disrespect the cultural and historical heritage this place signifies. 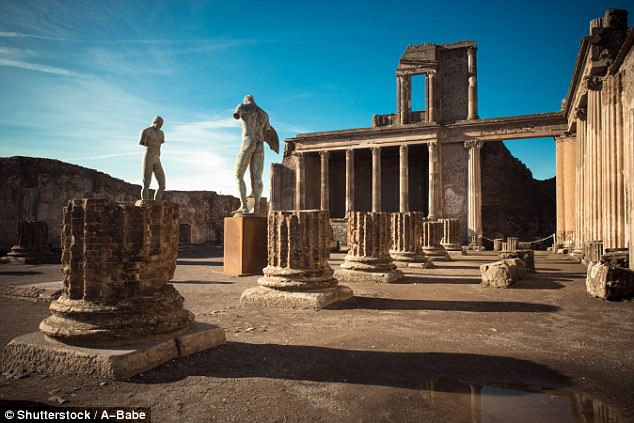 ‘Browsing through the latest photos on Instagram which were taken at Pompeii, I see many photos exactly like mine. However, as someone with a large online following in the tourism niche, I realise I bear a greater responsibility than others to be an example of what and what not to post, or how to behave as a traveller. Now more than ever that is clear to me.

‘We all know the internet can be a hostile place, but this was my first brush with the ugly side of it.

‘I love travelling from the bottom of my heart, it is what drives me and feeds my soul, and to read the – often nationalistic and xenophobic – harm and death wishes that I have received over the past 24 hours hurts me to the core.

‘However, I have learned from this experience and I will apply it to my future travels. I hope others can learn from my mistake too. I am ready to move forward, discuss and engage in a healthy debate with anyone who wishes.’

He also urged his fans to support the site with a donation.

Another infamous case of offence being caused by a tourist visit was in 2015 when male and female visitors stripping naked and posed for a series of photographs on a sacred mountain in Malaysia called Mount Kinabalu.