As a doctor who has spent more than a decade at the Health Control Unit (HCU) at Heathrow airport it was my job to put on a pair of surgical gloves and slowly unzip the suspect Samsonite case. 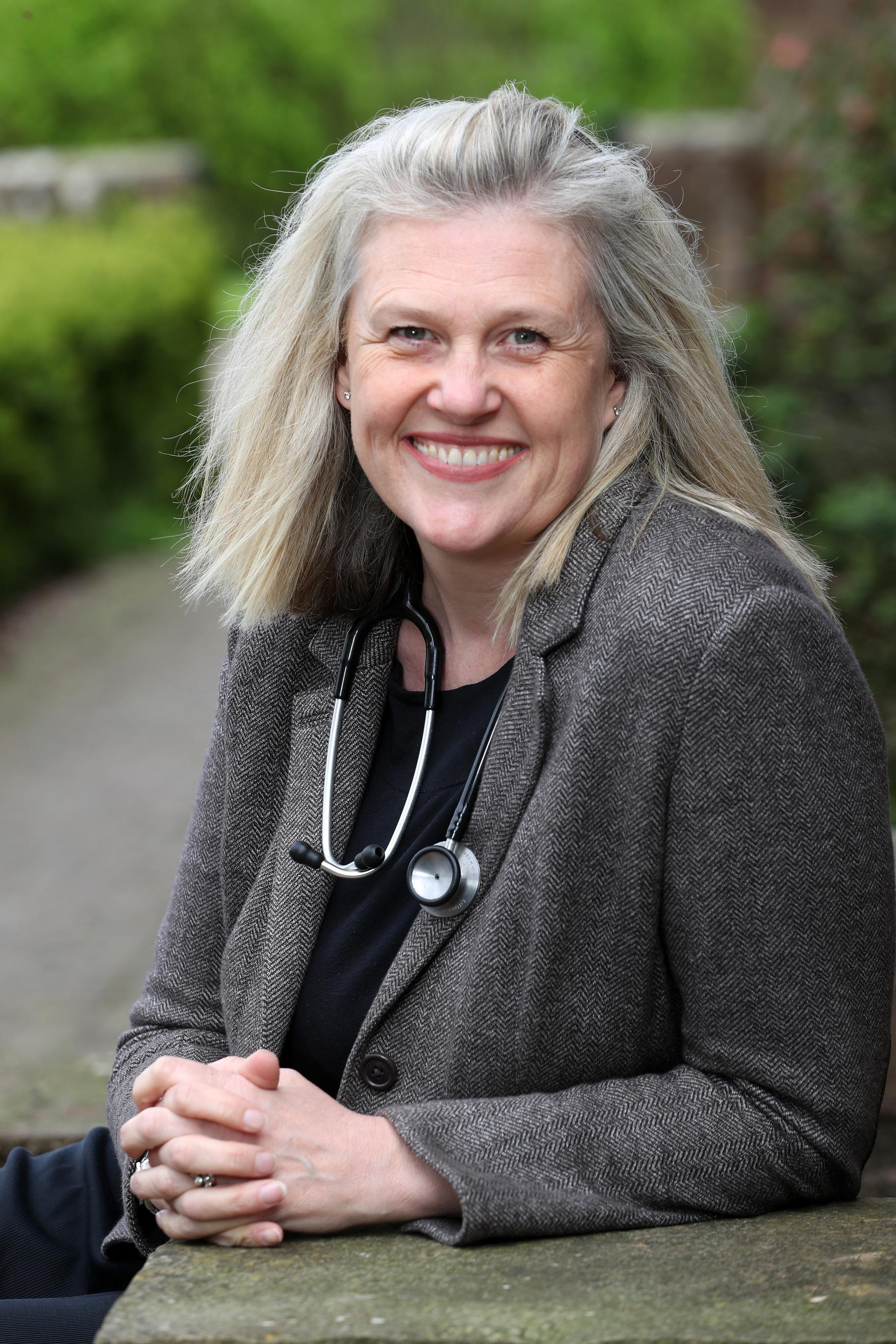 As I peeled back the top of the case, a pungent smell hit me.

Inside was a lot of screwed up newspaper and a large paper parcel from which the blood was seeping.

"God, is that some sort of meat?" I said, stepping back. I pulled out the parcel, revealing what looked like a furless, mutilated animal of some sort. Not nice.

Whatever it was, it hadn’t been particularly well wrapped. I leaned in for a closer inspection. "I think it’s some sort of monkey." 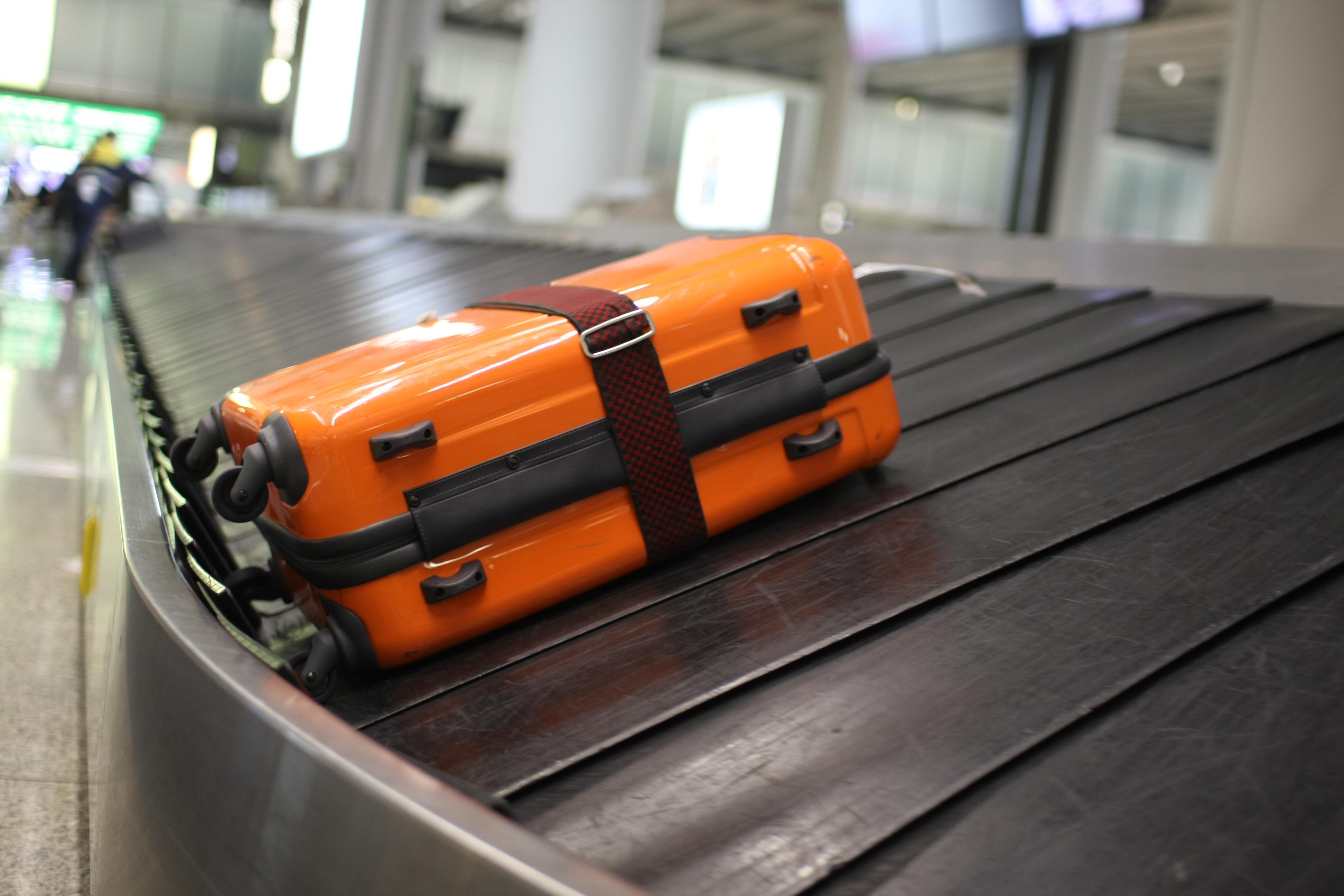 Despite the fact that 650 flights land at the London airport every day, with at least one death on board every month, I never really got used to it. It wasn’t the death part that unsettled me – it was everything that went with it.

Boarding a plane full of people to do my job was like performing in front of an audience: a couple of hundred troubled eyes boring into me. I was holding a planeload of passengers against their will.

When there was a body on board, no one was allowed to leave their seats until I had confirmed the death, and that it was not from something that could threaten the health of others or bring infectious disease into the UK.

Ruling out the scary stuff was paramount: Lassa fever, Marburg disease or even Ebola. The most common diseases I came across were chickenpox and malaria, but I also dealt with more serious infections such as typhoid, rabies and even bird flu. 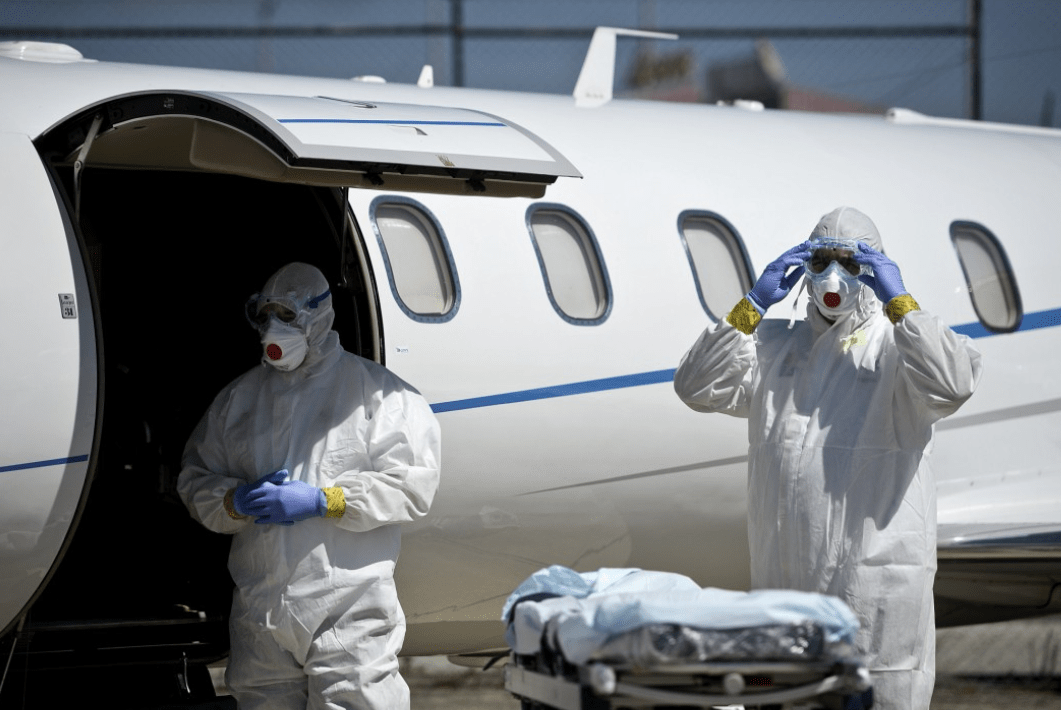 On one occasion, a distraught young Jamaican woman was brought into the Health Control Unit to be X-rayed.

"None of this was my choice," she said as she sat in her hospital gown waiting to be examined. "It wasn’t my choice to bring in the drugs."

It was unusual for someone to offer up this information voluntarily, but she knew what the X-ray could show up. I rarely got into detailed conversations but this time I felt compelled to.

"A drug dealer made me do it. He threatened my family with a gun. I have two children." Her tears told me that she was telling the truth but it was hard to bear. 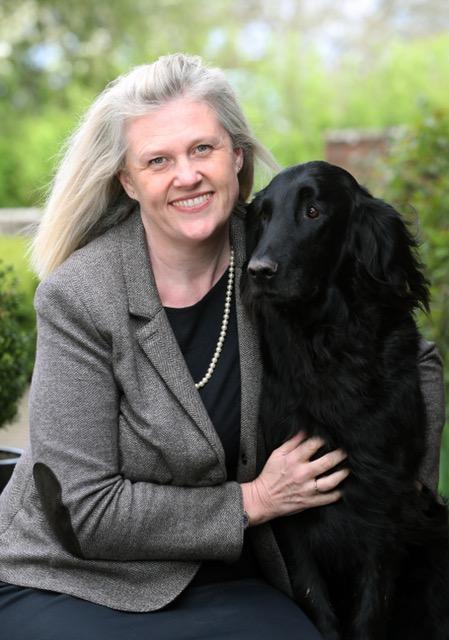 I looked into her eyes, trying to put myself in her place. I would have done the same in her shoes – what choice did she have?

So she’d boarded a plane for England with a stomach full of condoms – each containing enough cocaine to stop her heart instantly if it burst.

A week later I boarded a flight from Kingston, Jamaica to record the death of a young woman who’d been taken ill mid-flight.

She’d confided in a stewardess that she had drugs in her stomach but there was nothing anyone could do to help her.

One of the packages had burst and was seeping into her system.

She never made it to London. Her heart just stopped. 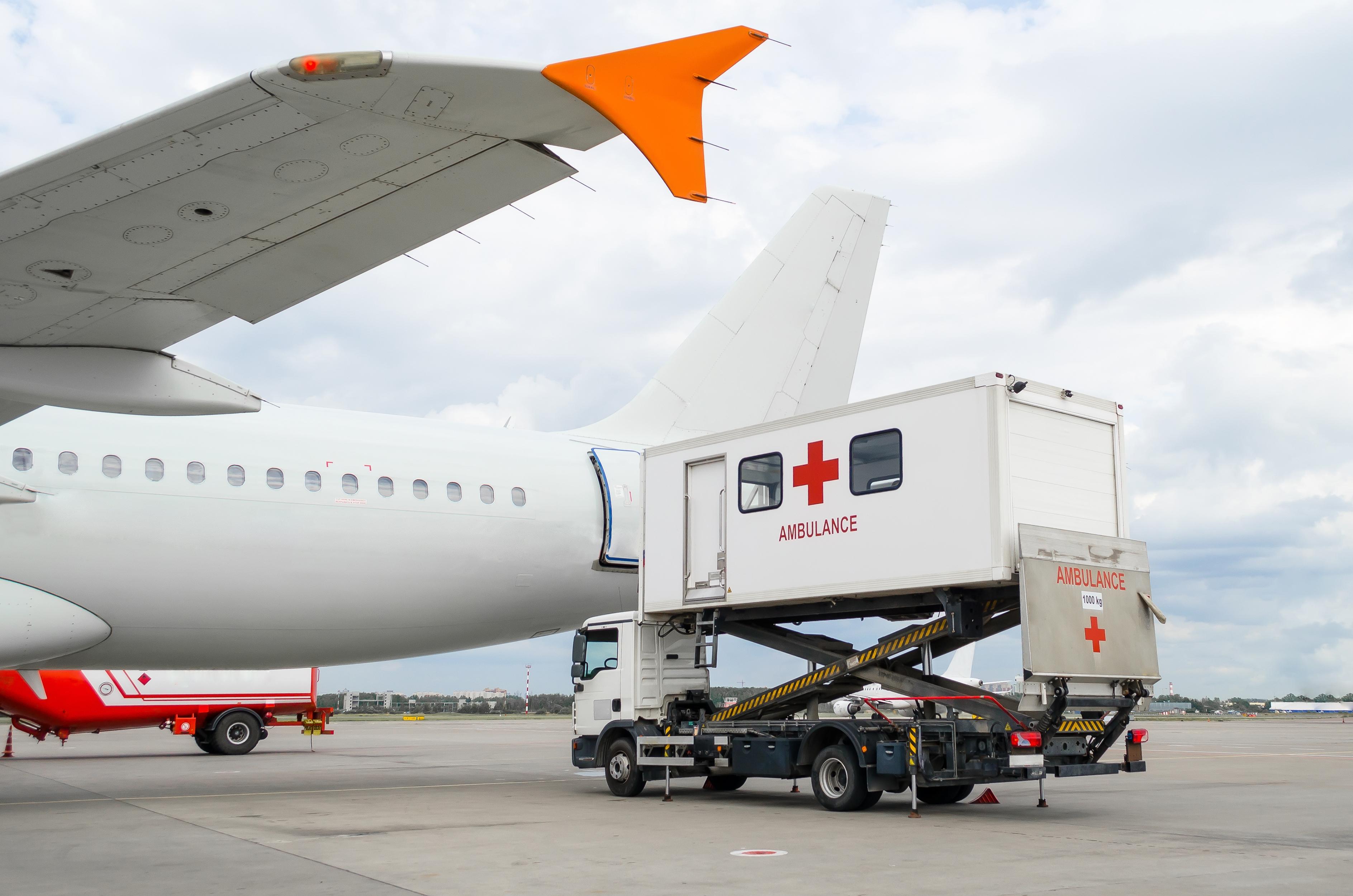 When I was pregnant with my first child, I had to attend one of the saddest cases during my time at Heathrow: the death of a sick baby en route from Portugal for life-saving treatment in the UK.

I was steeling myself to face distraught, even hysterical parents, but when I stepped on board I was met by a scene of hushed serenity.

The cabin lights were dimmed and everything was so calm and quiet (the other passengers had been allowed to disembark) that it was hard to imagine such a tragedy had taken place.

At the back of the plane the baby’s mother was cuddling her while her father was stroking her face. As I got closer, the man looked up at me but the mother wouldn’t take her eyes off her daughter. 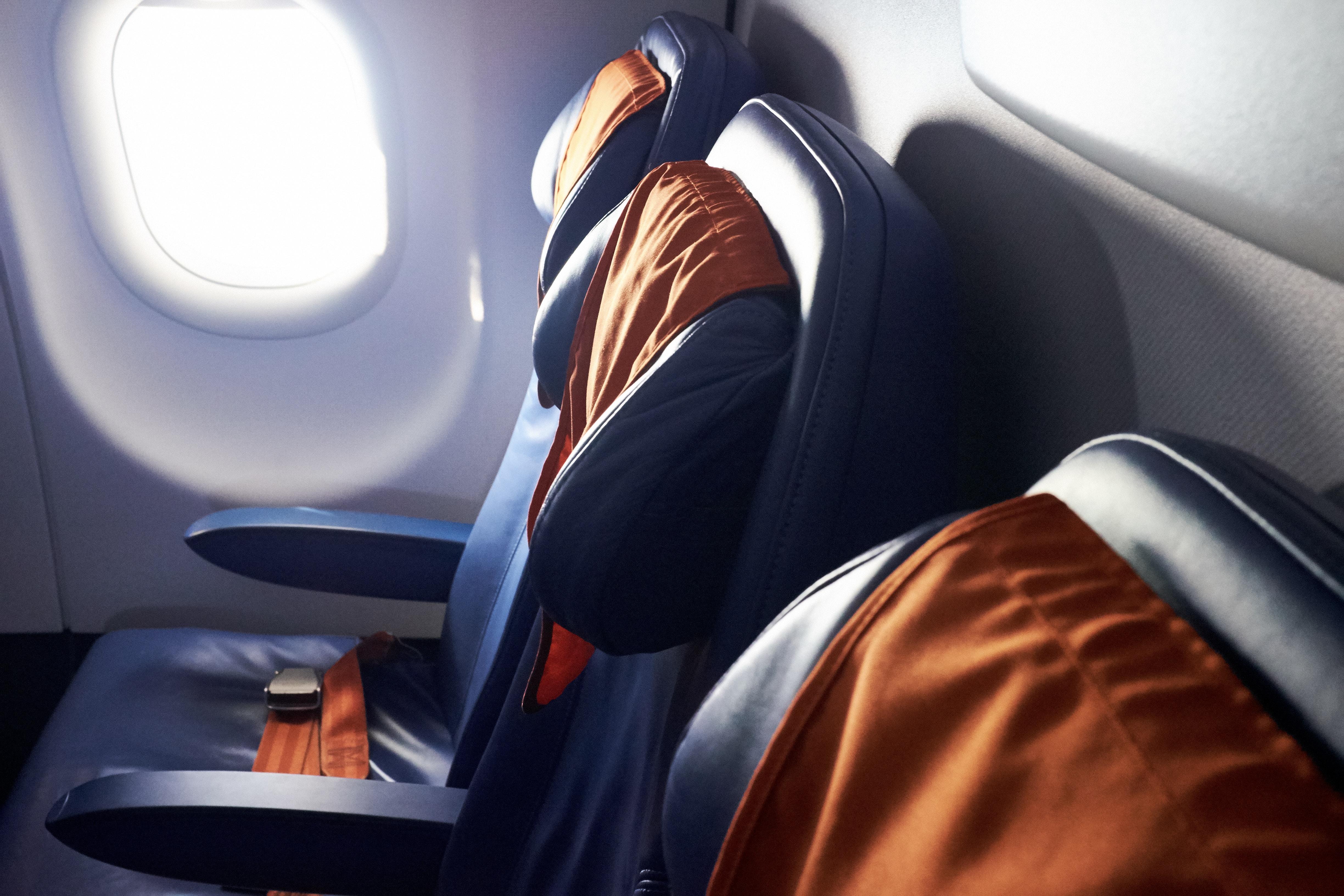 "She looks so peaceful," I said, gently.

At their side were a couple of cabin crew who were clearly taking the most wonderful care of them.

It was an uncomplicated, almost beautiful scene: a mother cradling her precious daughter as if she were sleeping.

Eventually the woman looked up at me, her eyes wet, and I smiled back. That was all I could do.

She’d done her best – all she could have done – and even now, after her daughter was gone, her quiet dignity in the face of such sadness was quite remarkable. 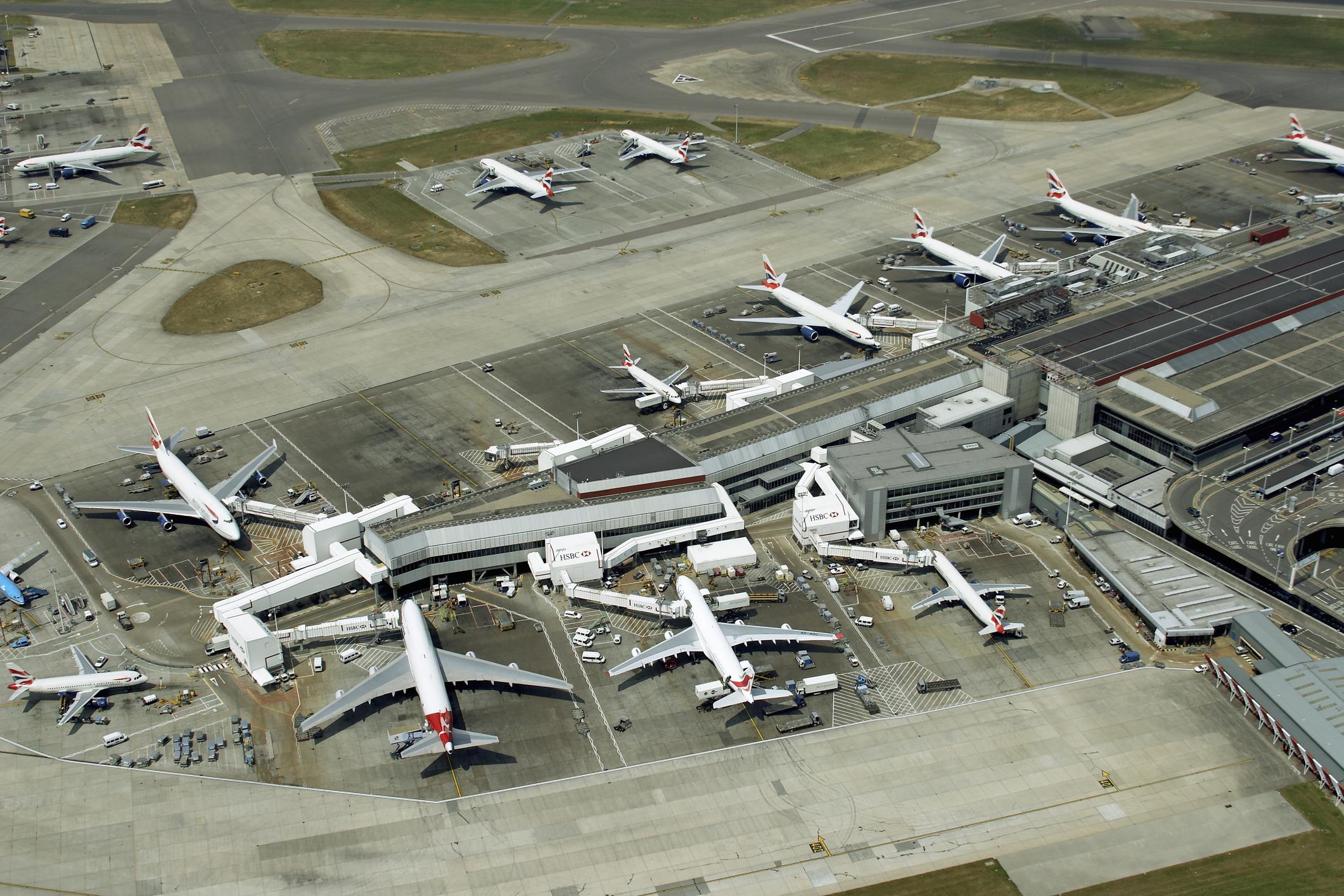 There were a few shocking or sometimes incredibly moving episodes that came out of the blue or were impossible to shake from my mind and leave behind at the airport exit.

One such episode was the tragic death of two stowaways from Ghana, who were little more than children.

Getting the bodies out wasn’t easy but there didn’t seem to be any trauma or damage to them. They certainly weren’t crushed as I suspected they might be, so there had obviously been enough room for them to climb comfortably into the wheel bay.

It seemed so implausible that anyone would undertake something so dangerous, even in desperation.

Closer examination of the boys made things a little clearer and my heart sank as I looked down at them. These boys were young, barely even teenagers. 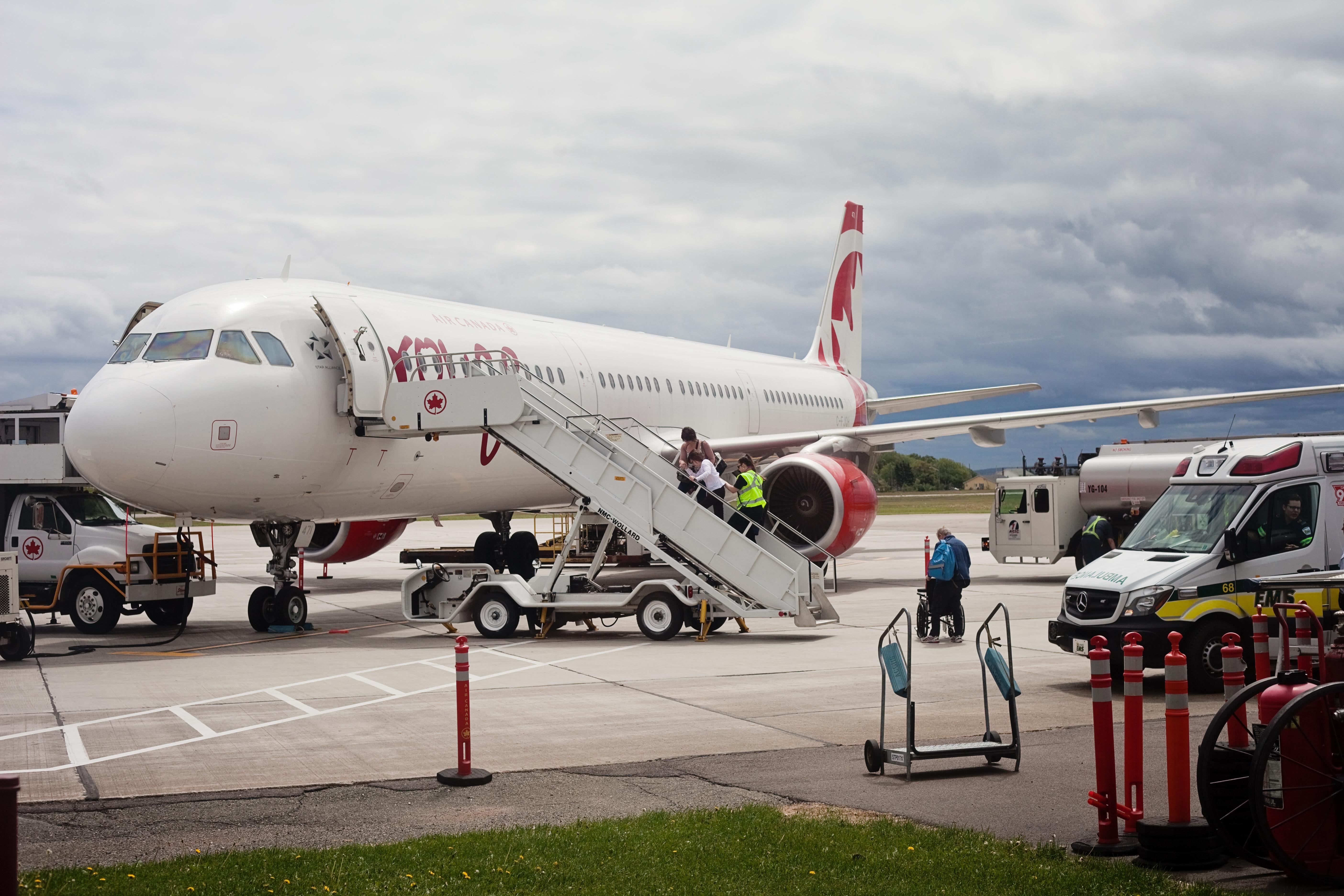 To me, this didn’t feel like some desperate attempt to escape Ghana.

Neither of the boys was carrying anything of note with them. One had an empty wallet, while the other was carrying a broken padlock.

It was clear they had no idea of the freezing temperatures they were going to face up there (their clothes were suitable for the heat of Africa, with one of the boys wearing open-toed sandals).

The plane had just completed a six-hour journey from Accra, cruising at an oxygen-starved altitude of 38,000 feet in temperatures that could have plunged to minus 50 or 60 degrees fahrenheit.

I assumed the boys had died from a combination of hypothermia and hypoxia, that is extreme cold and a lack of oxygen, and that’s what the coroner’s report confirmed. 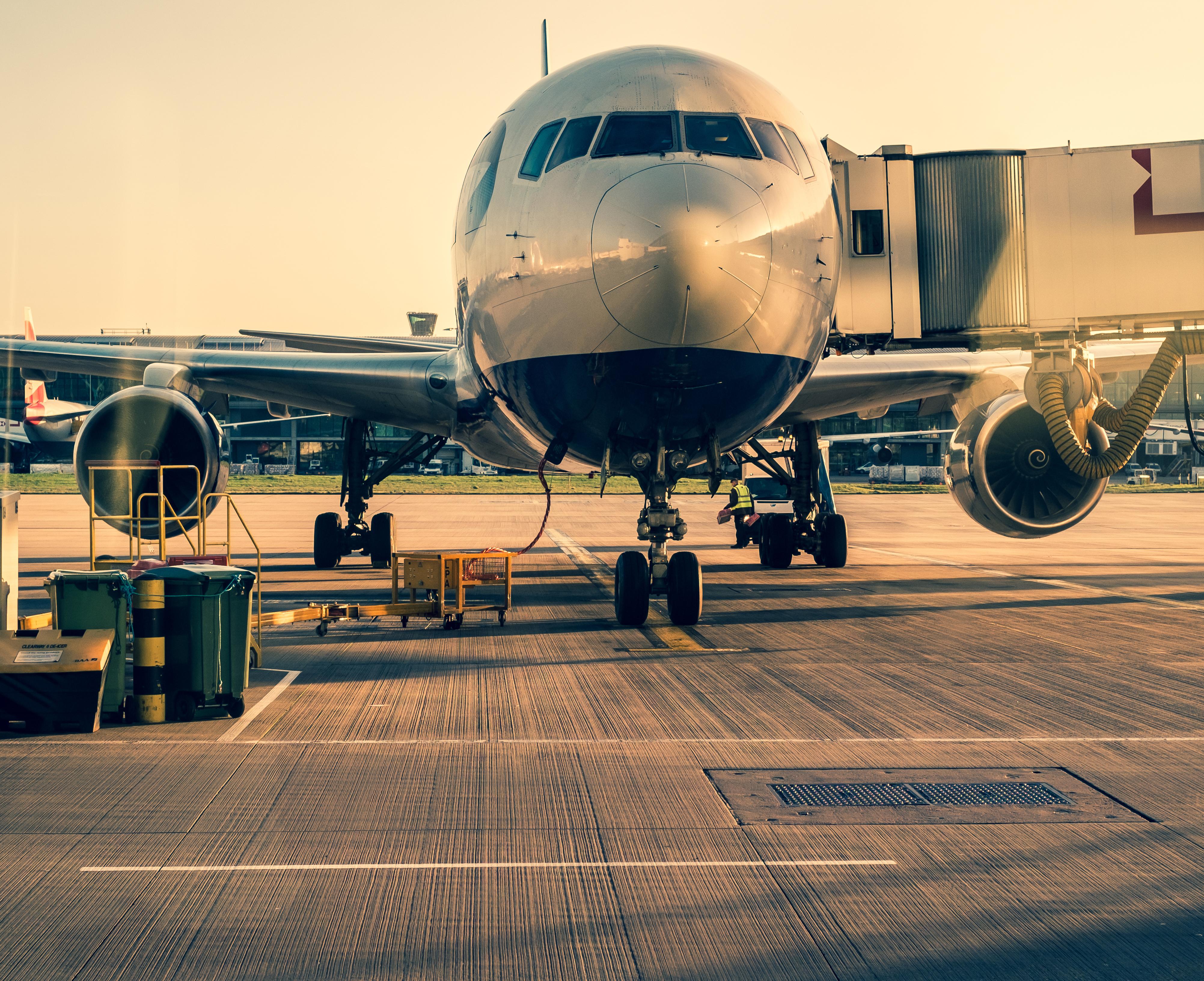 It was 4am when the call had come, jolting me awake: there had been a death on a flight from Singapore.

I was used to seeing the cabin crew looking immaculate as I entered a plane, but a poor stewardess looked anything but, and had what I feared was blood down the front of her shirt. What the hell had happened on this plane?

“He’s in here,” the cabin manager said, stepping aside to let me into the galley, where a man lay. The entire front of the man was covered in blood. His mouth and nostrils were caked with dried blood as well.

He was a slim man and obviously wasn’t that old – maybe early fifties. His skin was waxy but his face was slightly red and flushed, unusual for the dead, and his t-shirt was also covered in dried blood, which had turned a familiar dusky brown. 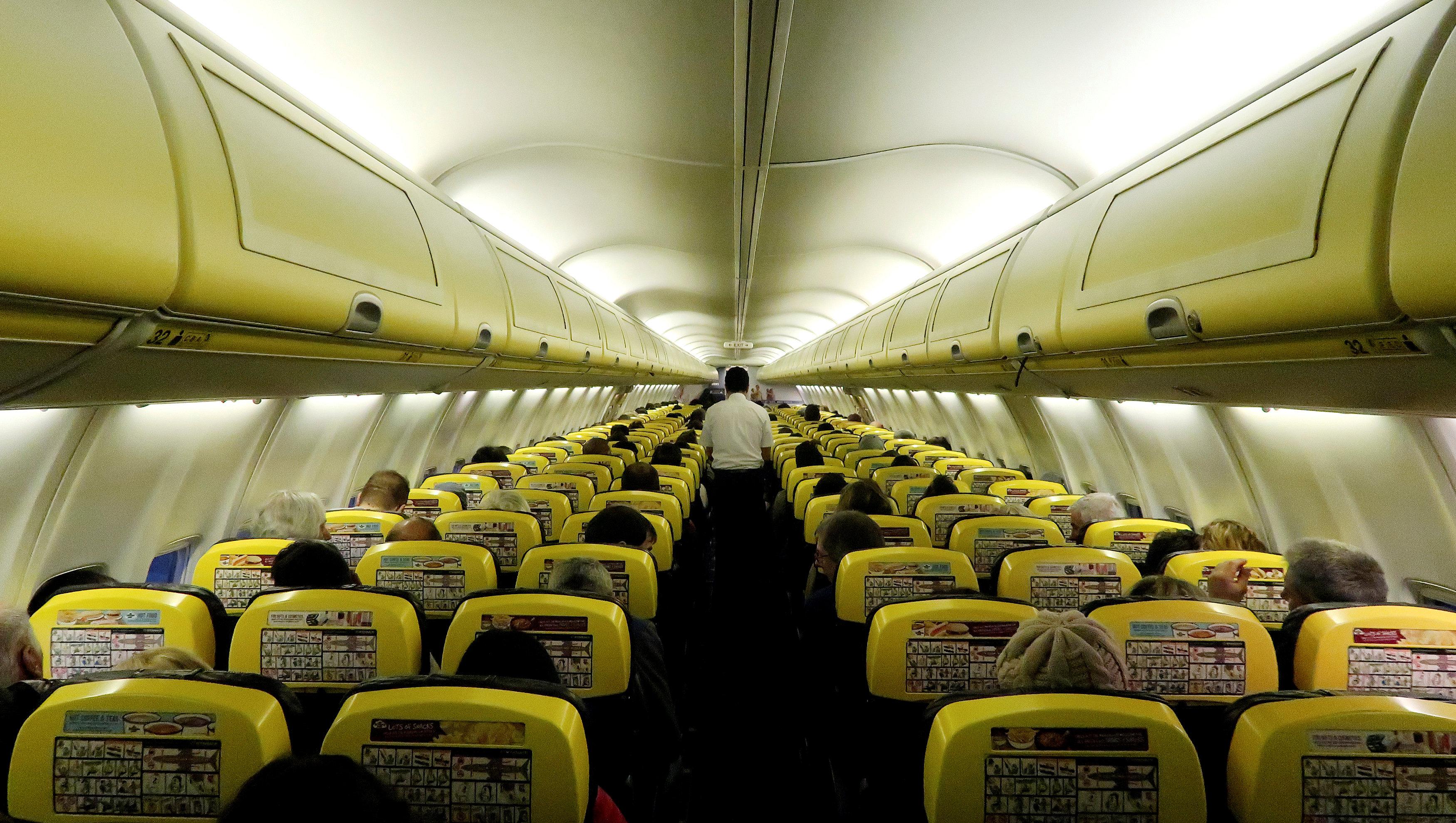 "He seemed fine at first,” said the blood-streaked stewardess. “But said he didn’t want any food as he was feeling sick. Just water.

"Then he got up and went to one of the bathrooms and was there for quite a while. He came out a bit later. He was vomiting blood, all blood. Loads of it.”

The man had begun vomiting pure, fresh blood 38,000 feet up, and never stopped.

Vomiting after massive internal bleeding – haematemesis to give it its technical name – is a horrible way to die.

There were two likely causes: a gastric ulcer eroding into an artery, or ruptured oesophageal varices, which are swollen veins usually caused by alcoholism that can swell until they burst, causing copious bleeding.

It must have been terrifying to know you are internally bleeding in an aeroplane with no help at hand. It would have been a grisly sight for the surrounding passengers too. 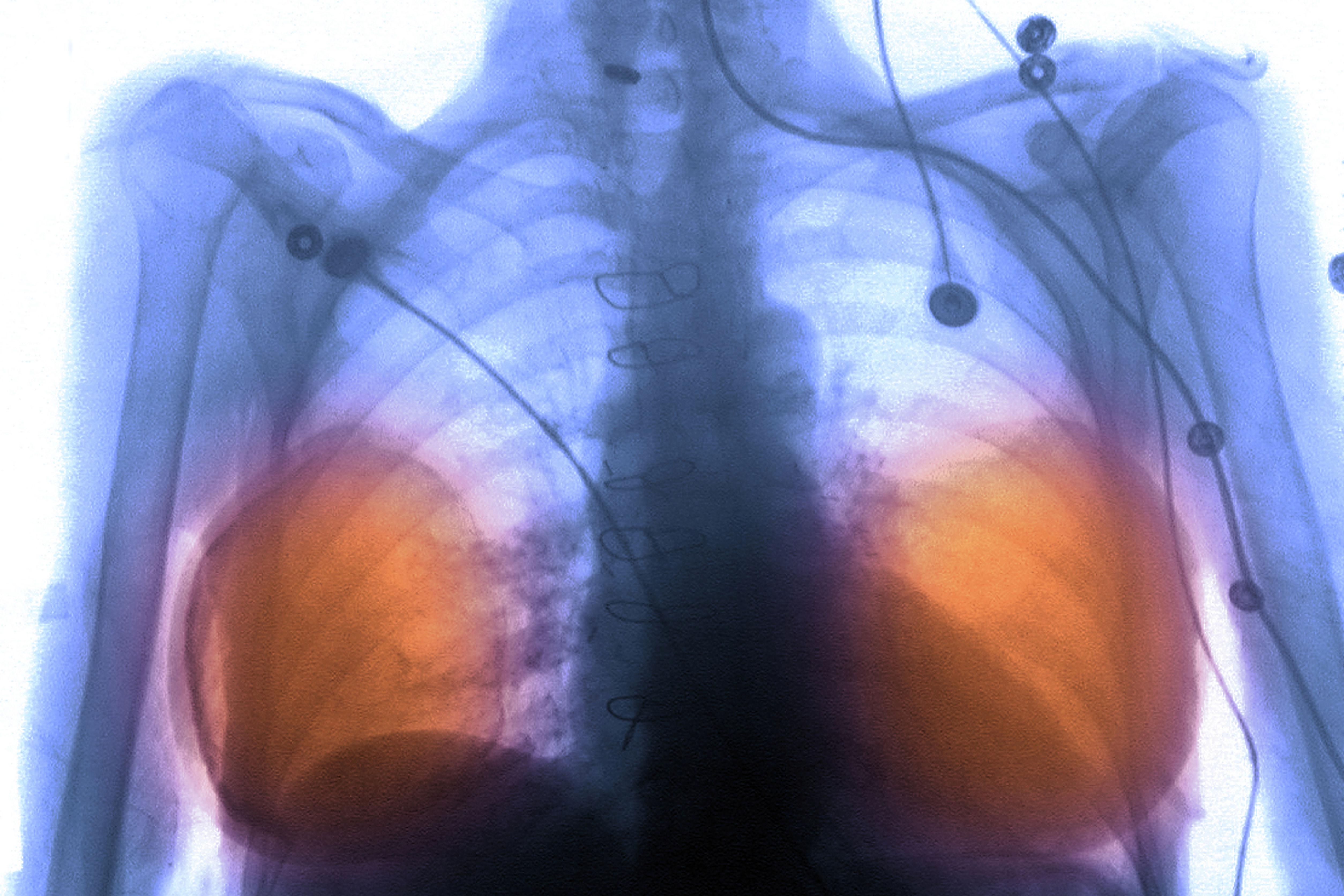 One night when I was on call, I couldn’t get to sleep. I was overtired from a taxing day shift that had felt eternal.

After dealing with two cases of TB, I’d spent a good part of the evening trying to calm a young man who’d been bitten by a monkey in North Africa and was convinced he had rabies.

I can’t say what time I eventually dropped off, but at 4.30am I was woken by a call to tell me that a flight was coming in from LA with about a dozen sick passengers.

A tall passenger in a suit made his way towards me from the front of the plane. He didn’t look sick, but he didn’t look happy either: “Can I have a word, doctor?”

“No, but whatever this sickness is, I think you could at least let the first-class passengers off”. 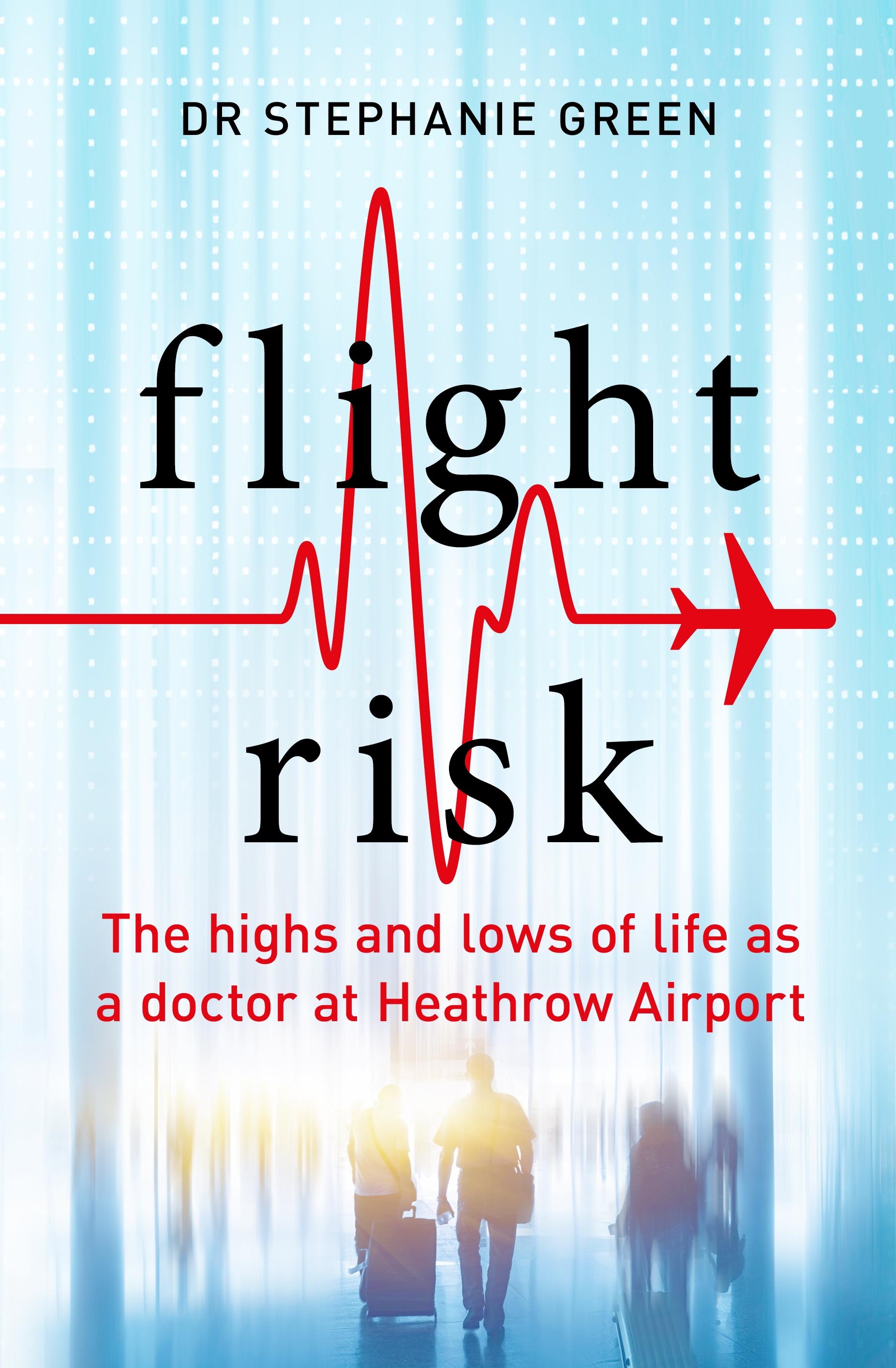 I opened my mouth to reply but Sinead from HCU got there first: “Oh, breathing different air up there are we, sir?”

I headed down the plane to set up my ad-hoc medical station, as sick passengers hurtled to and from the toilet.

I only had to examine a couple of them to reach a diagnosis: food poisoning. As I’d suspected, the familiar call of "chicken or fish" along the aisle that day was more culinary Russian roulette than a meal preference.

I made my way slowly through the queue of patients, some more sick than others, the smell by now disgusting and the sound of retching ringing in my ears. 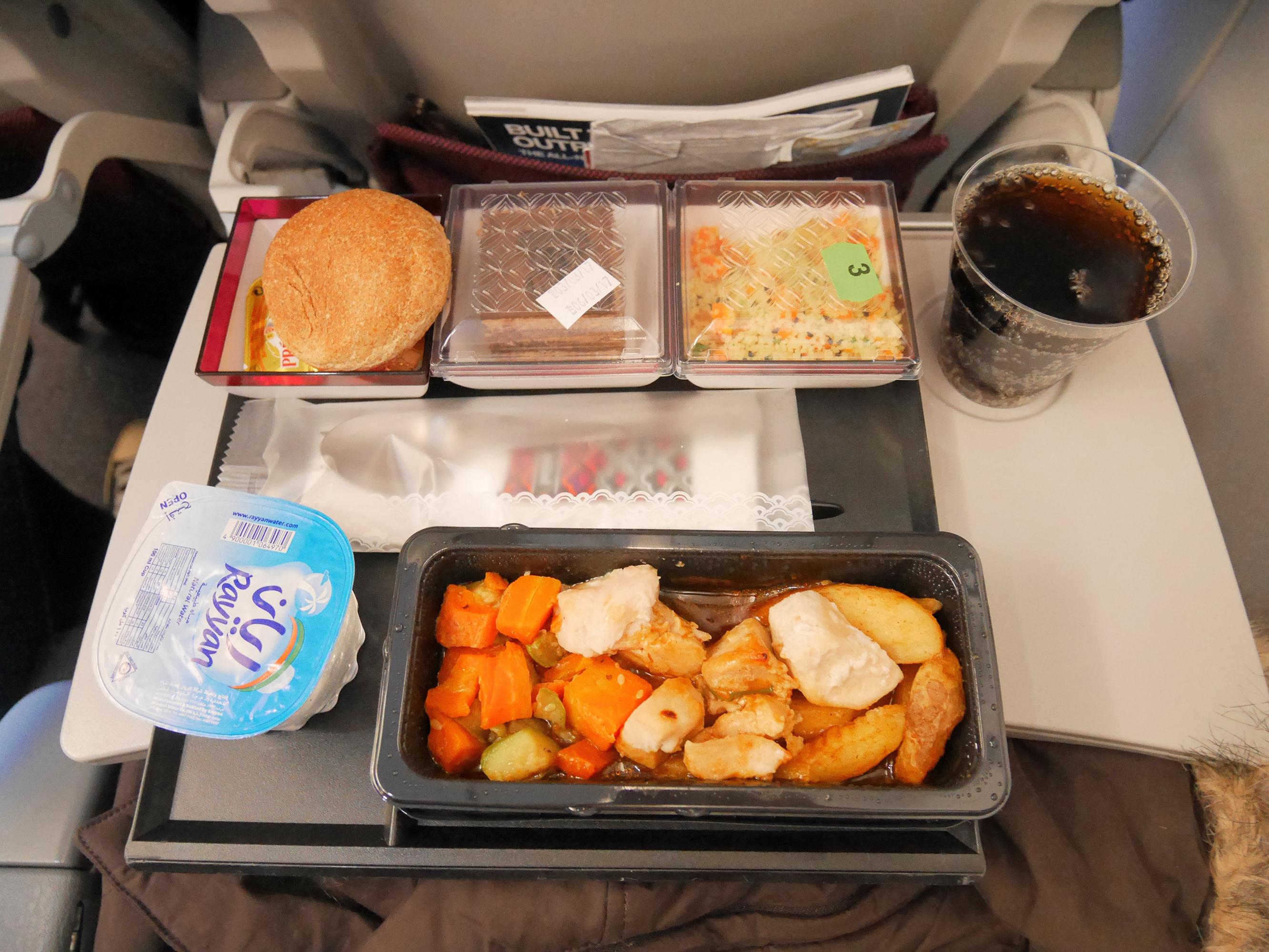 As usual, everyone who wasn’t stricken was desperate to get off the flight, having boarded some 11 hours earlier.

I felt as if I was in a race against time before all the healthy "shut-ins" stormed the doors. Mercifully they didn’t and an hour and a half later our work was done.

I was beyond exhausted when I got home at 11am. It was one of those rare times when I asked myself, should I still be doing this? Was this really the best job for a mum with two young boys?

This is an edited extract from Flight Risk: The Highs and Lows of Life as a Doctor at Heathrow Airport by Dr Stephanie Green, which is published by Headline, price £18.99.