When I arrived for my 30-minute flight experience at Cornwall Airport, Newquay, I hadn’t realised it would be ME flying. I push the throttle — and my heart lurches as the plane soars into the sky. 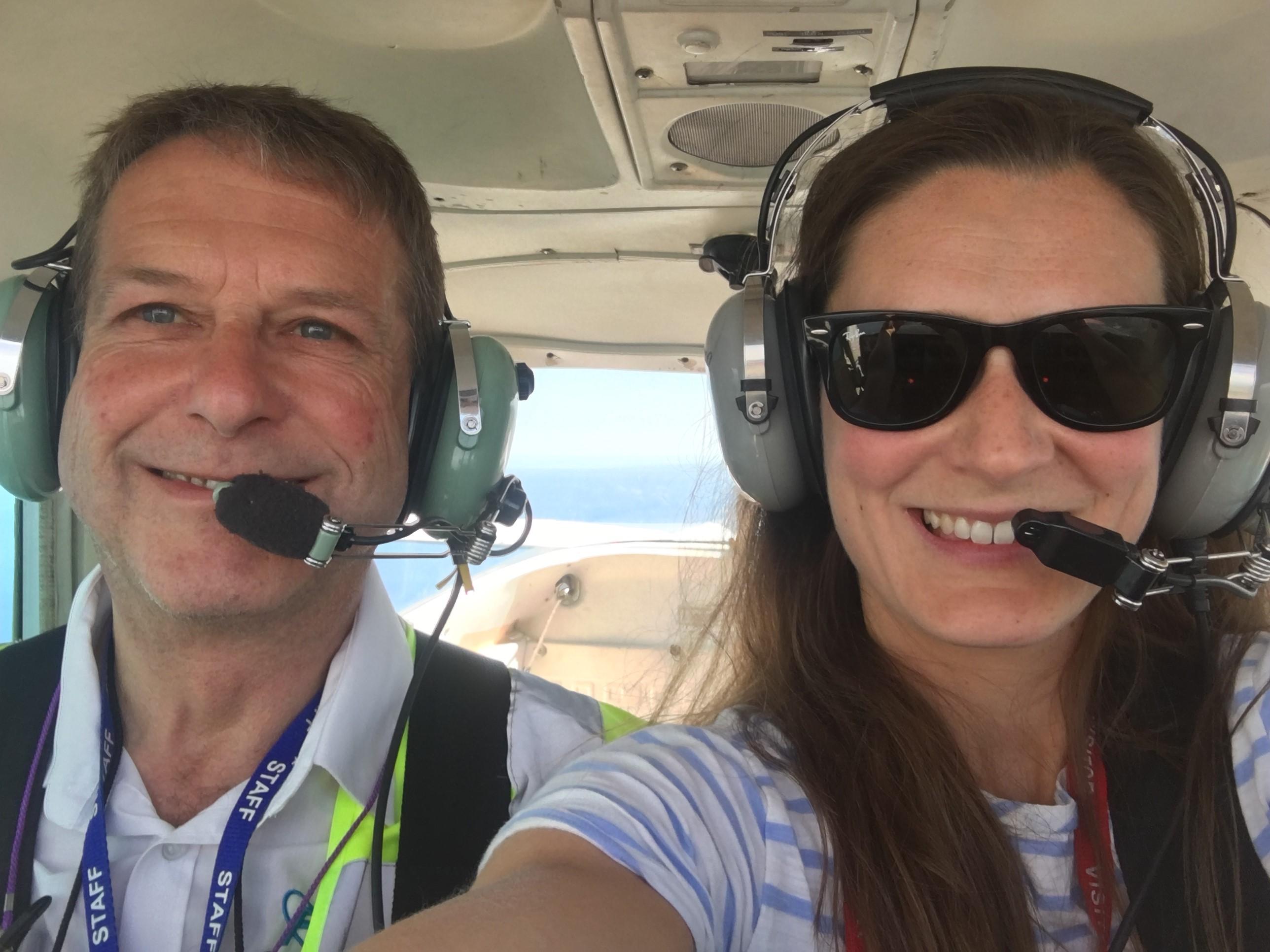 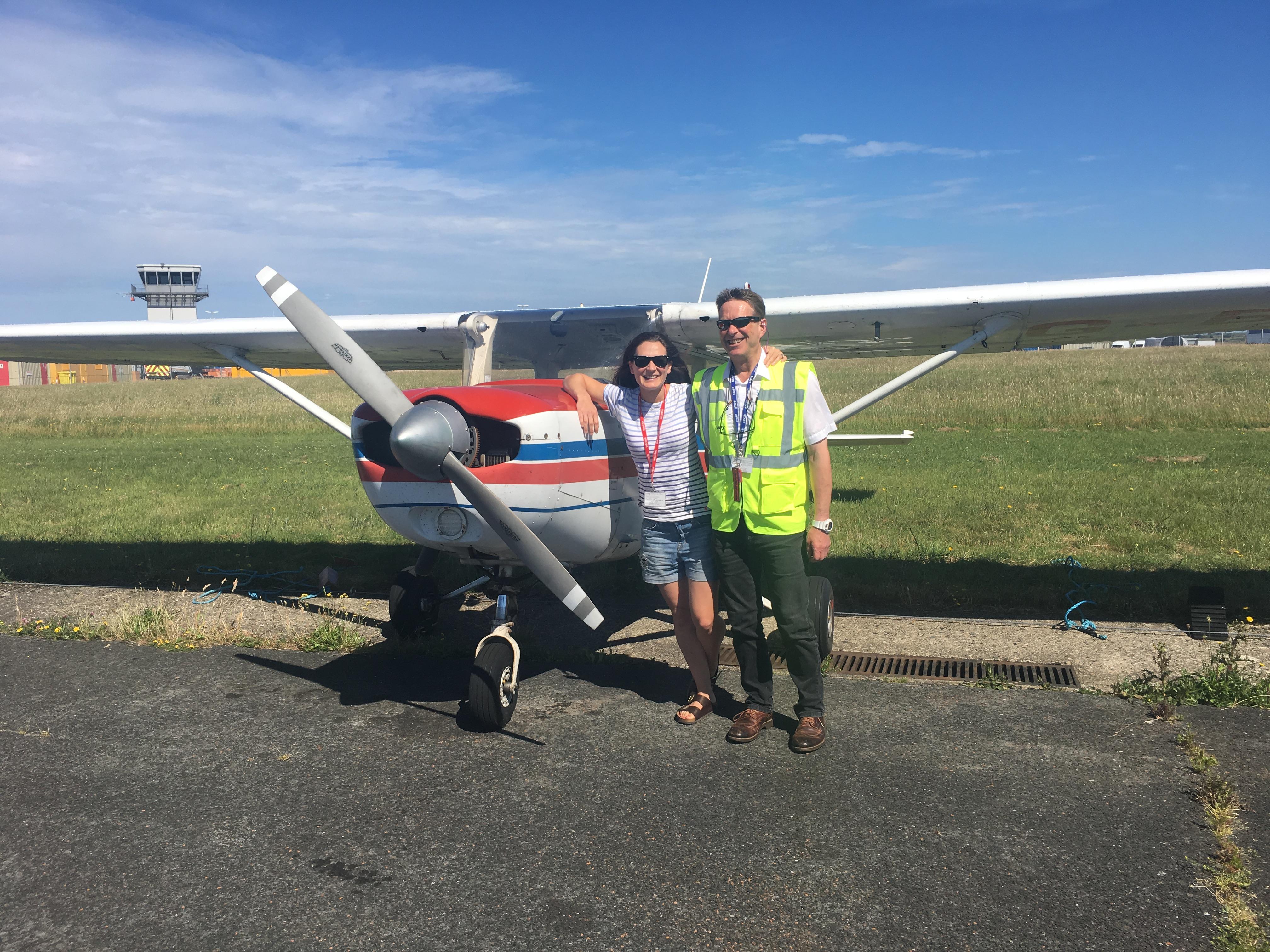 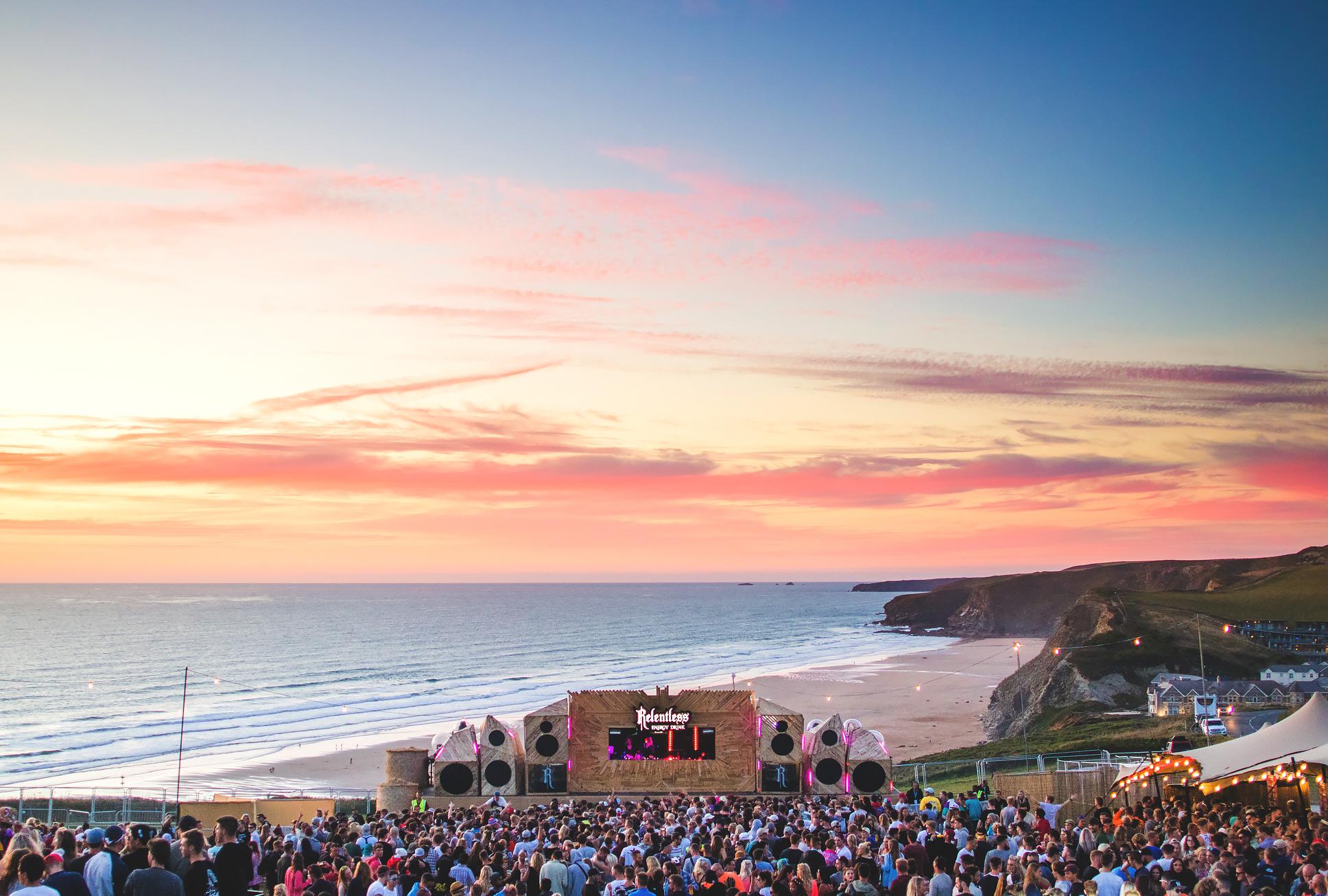 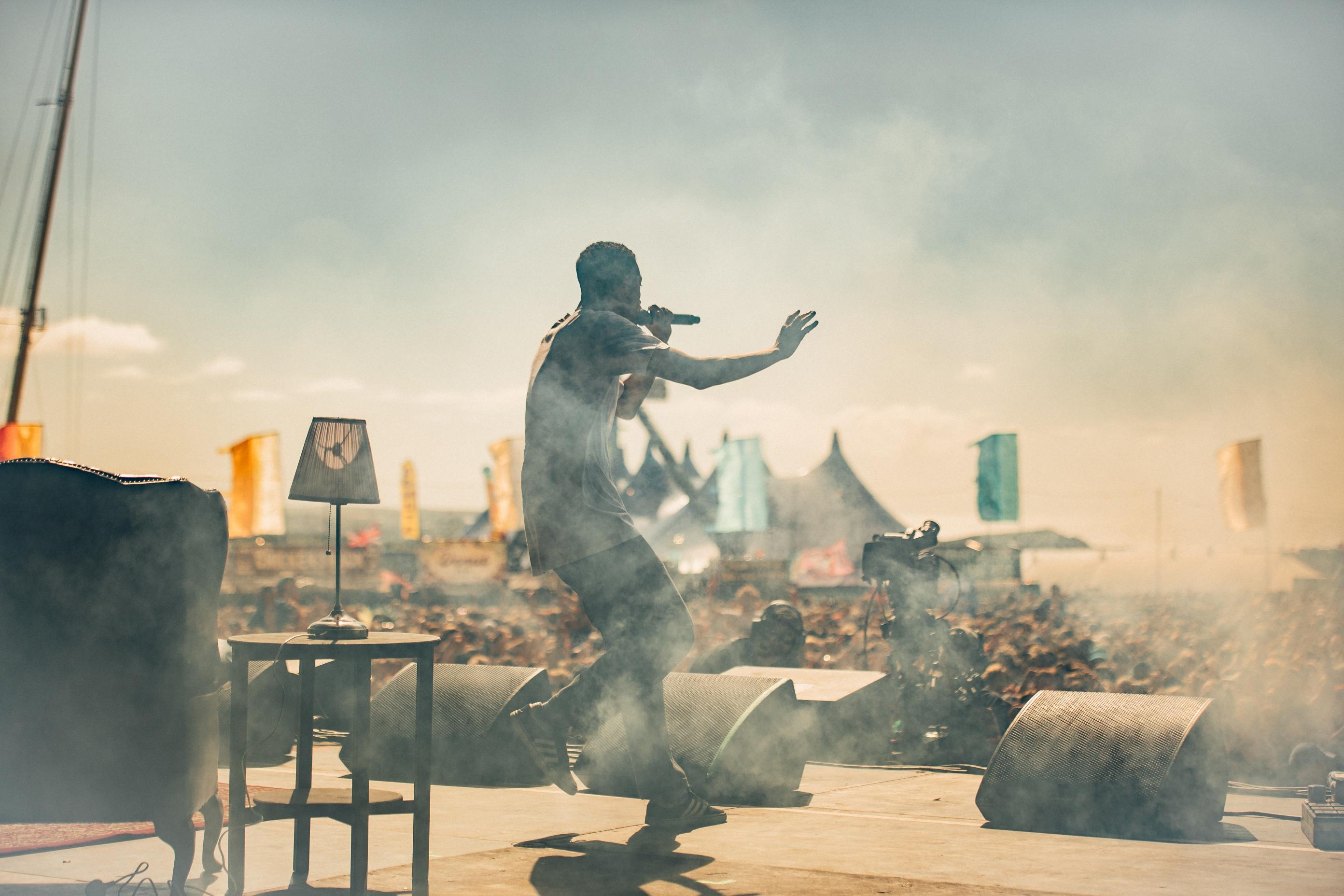 Thankfully, I have an experienced pilot sitting beside me, with his own set of controls.

Marshall Cligman has been flying planes for more than a decade and is a calming influence.

He says: “Flying gets a bad press but it’s far less dynamic than driving a car, where you have to react quickly with constant braking and steering. Flying is more relaxing.”
Another antidote to my quivering nerves is the incredible view of Newquay unfolding beneath our wings. Sheep-flecked fields and towering cliffs drop on to gold sandy beaches. 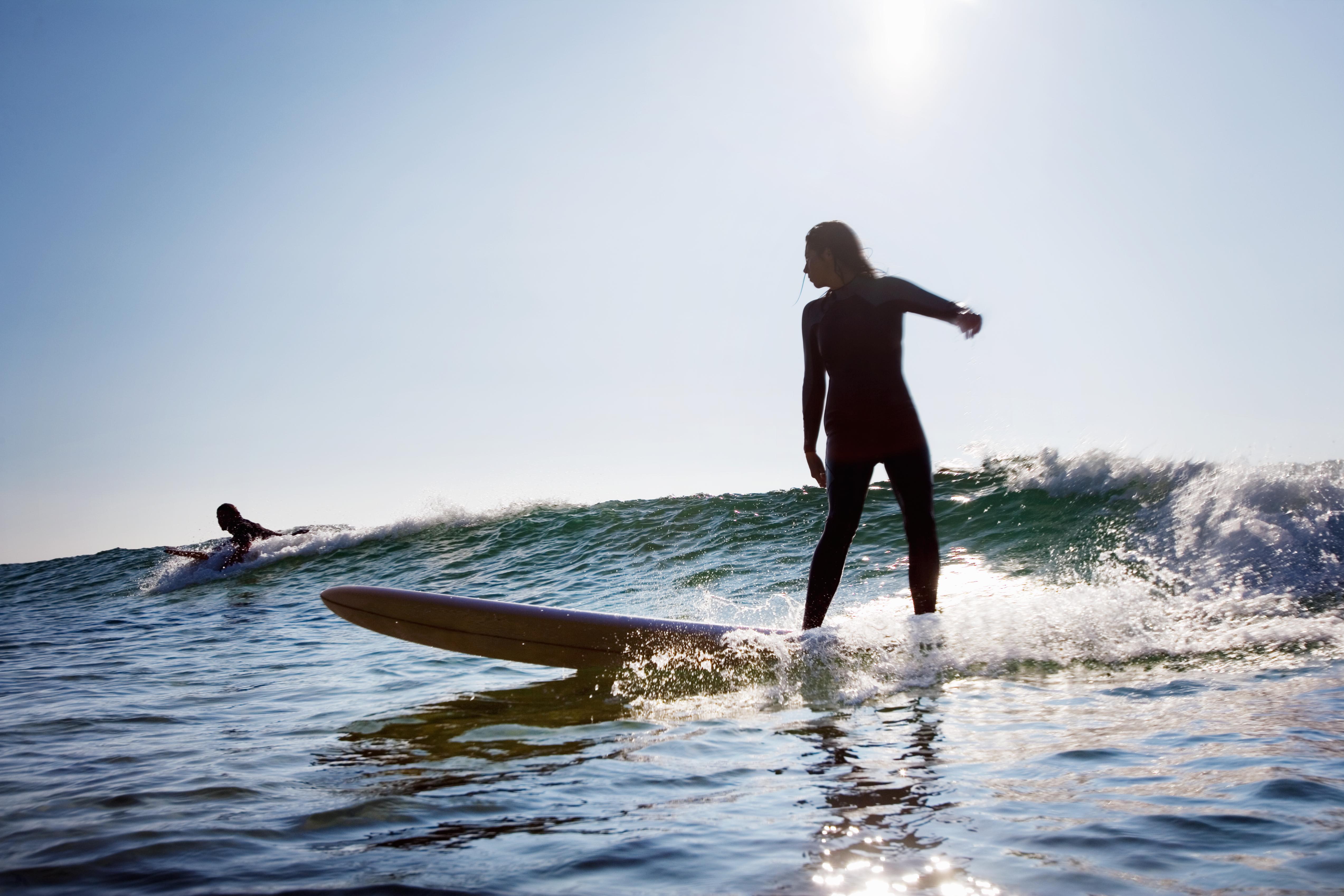 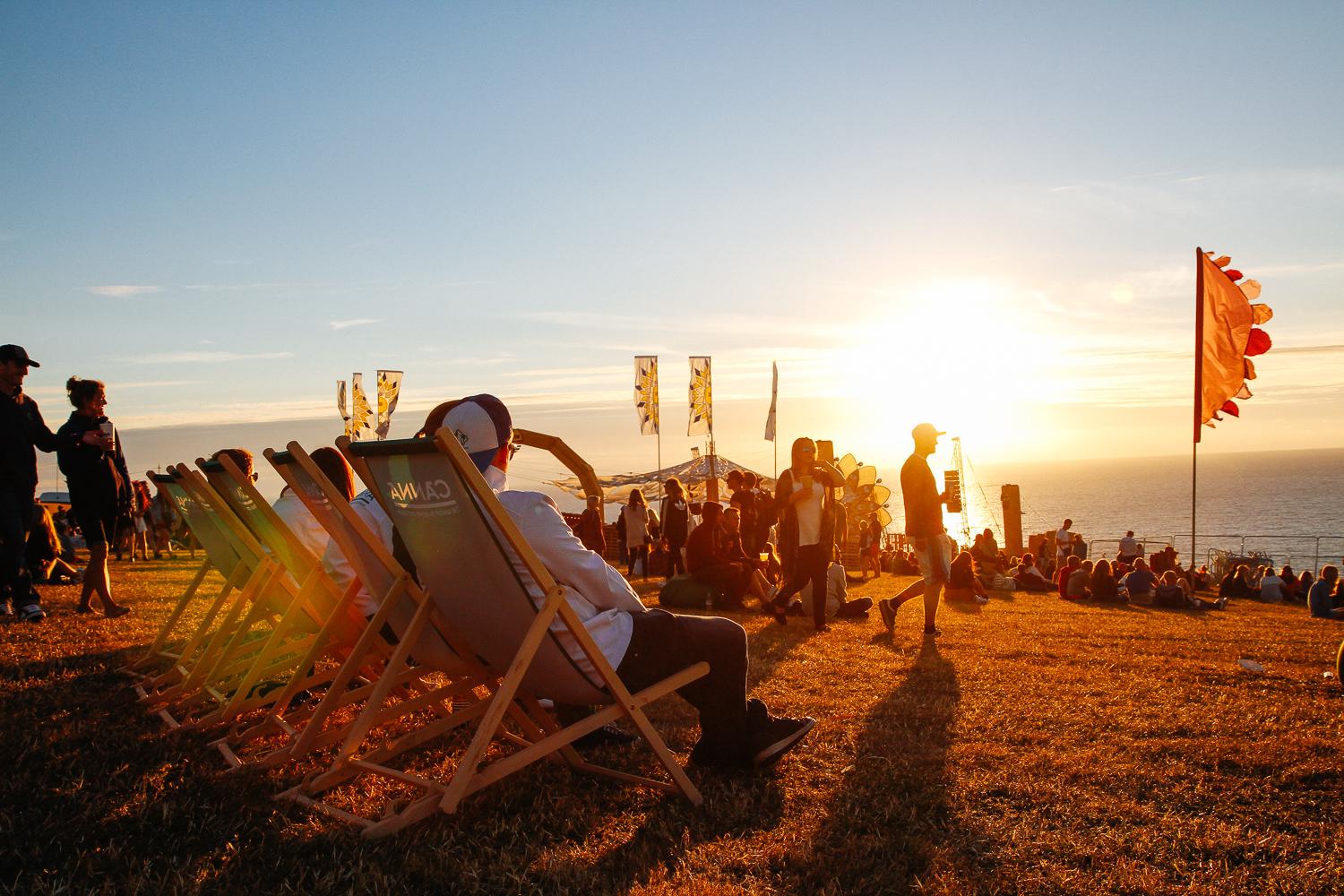 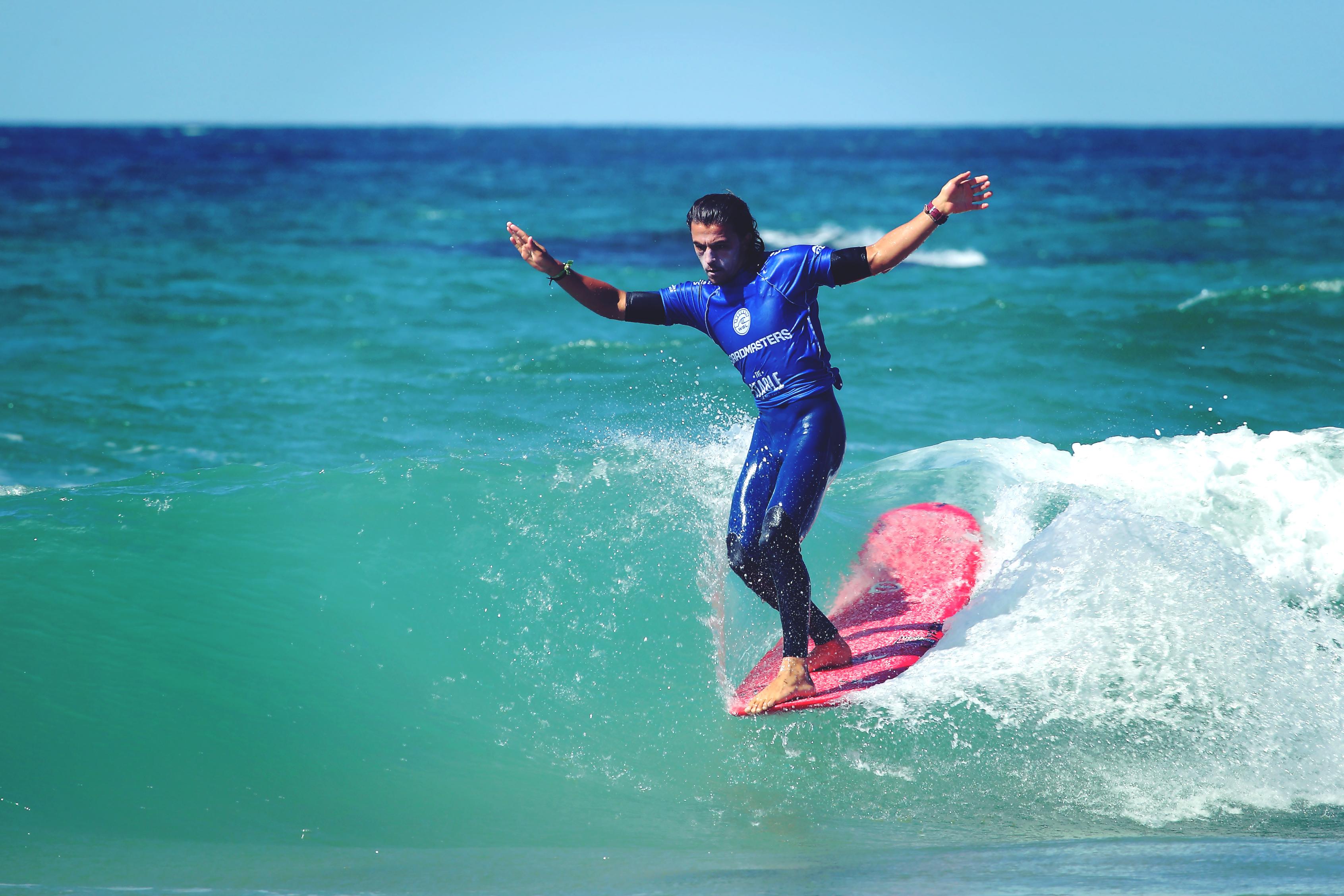 Under today’s balmy sunshine, with the Atlantic sparkling bright turquoise, this wouldn’t look out of place on a Barbados brochure.

From August 8 to 12, this aerial view will be transformed as Boardmasters Festival comes to town.

The green spaces around Watergate Bay will be dotted with tents and stages for the stellar music line-up, including The Chemical Brothers, George Ezra and Craig David.

Nearby Fistral Beach will host an international surf contest. Organisers are also planning to make this the greenest event in the festival’s 37-year history, and have forged a partnership with marine conservation charity Surfers Against Sewage.

See boardmasters.com. A night’s B&B at Atlantic Hotel is from £44.50pp based on two sharing.

For details, check out fistralbeachsurfschool.co.uk.

Jack Middleton, community coordinator for the charity, joins me for a cream tea at my base, the Atlantic Hotel, which has a great location near Fistral Beach, sea-view rooms and indoor and outdoor pools.

This year Boardmasters is banning plastic straws and will use compostable cutlery and reusable cups.

Jack says: “Plastic is the new and most pressing form of sewage — we see it all the time in our beach cleans. We want to get people to shift away from the single-use mentality — and a festival by the sea is a great place to showcase this.”

Other eco plans include donating tents left by campers to homeless charities instead of binning them, more water refill points and coaches to transport festival-goers between the two sites (Watergate for music and Fistral for surfing) to help eliminate the use of cars. 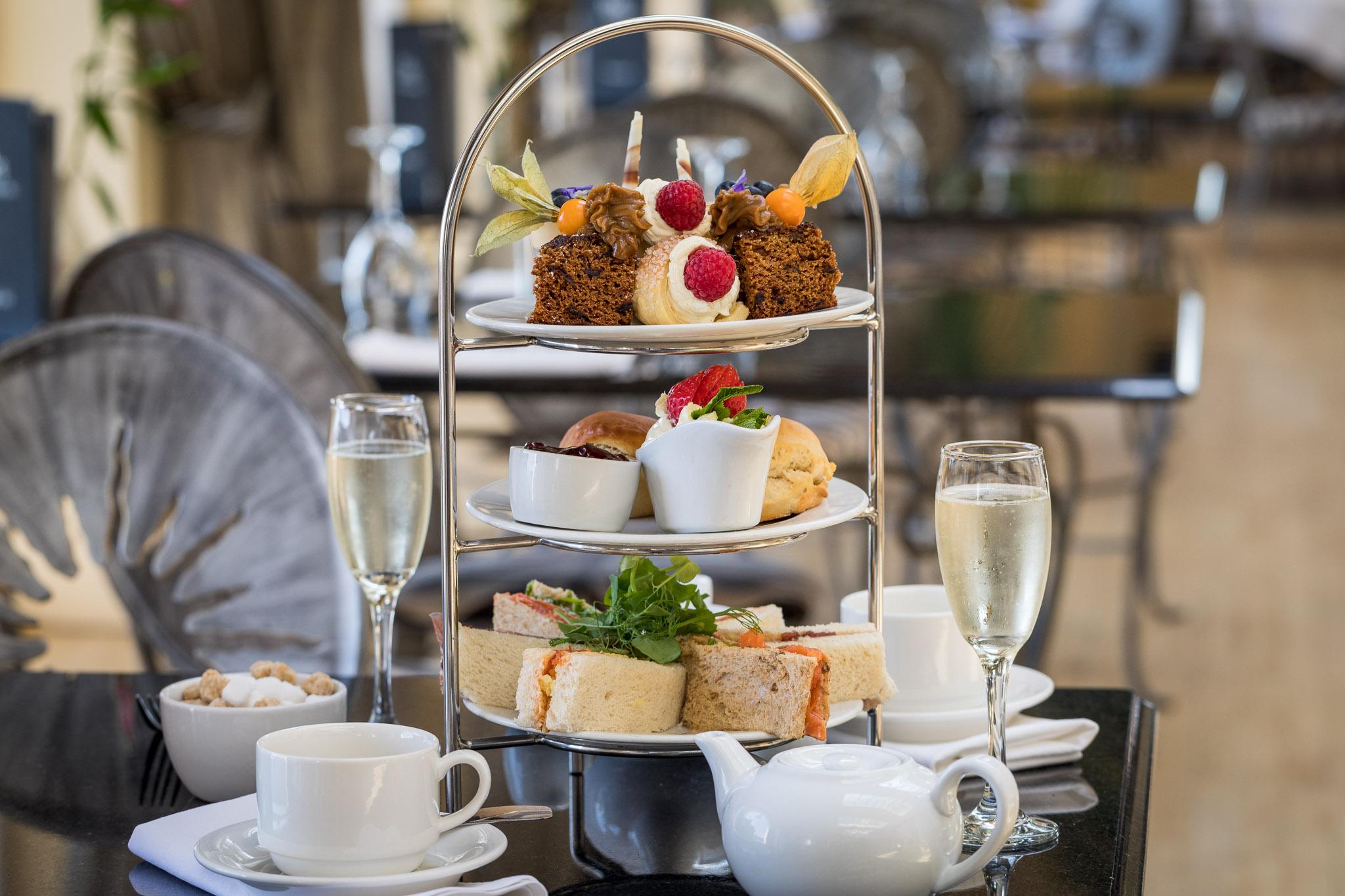 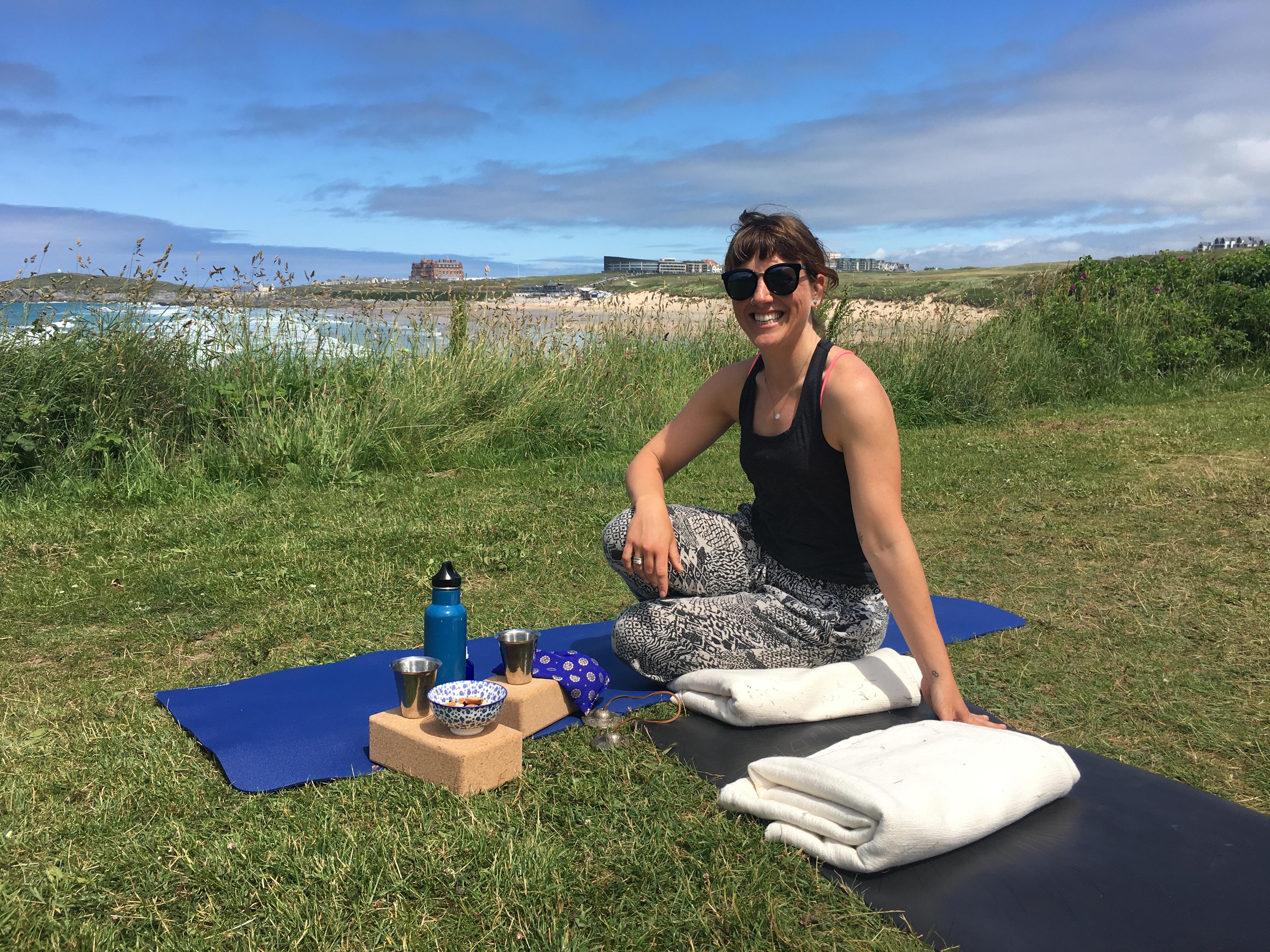 Yoga will also be on the agenda — the festival’s wellbeing area features a chakra temple, wood-fired hot tubs and a health food cafe. For a taster, I roll open a mat on grass overlooking Fistral Beach with Rosie Blake, who will teach some of the classes.

It seems appropriate to be doing sun salutations in such good weather. Feeling the breeze on my face and listening to the waves while breathing deeply is like taking a dose of soul-soothing tonic.

Since my next activity will be surfing, Rosie gives me postures that will help me on the board.

We stand on one leg to master balance and practice chest-opening and back-bending poses (like “cobra”, where you lie on belly and raise your chest). Rosie says: “This should make paddling your board easier,” adjusting me so I drop my shoulders away from my ears to release neck tension. 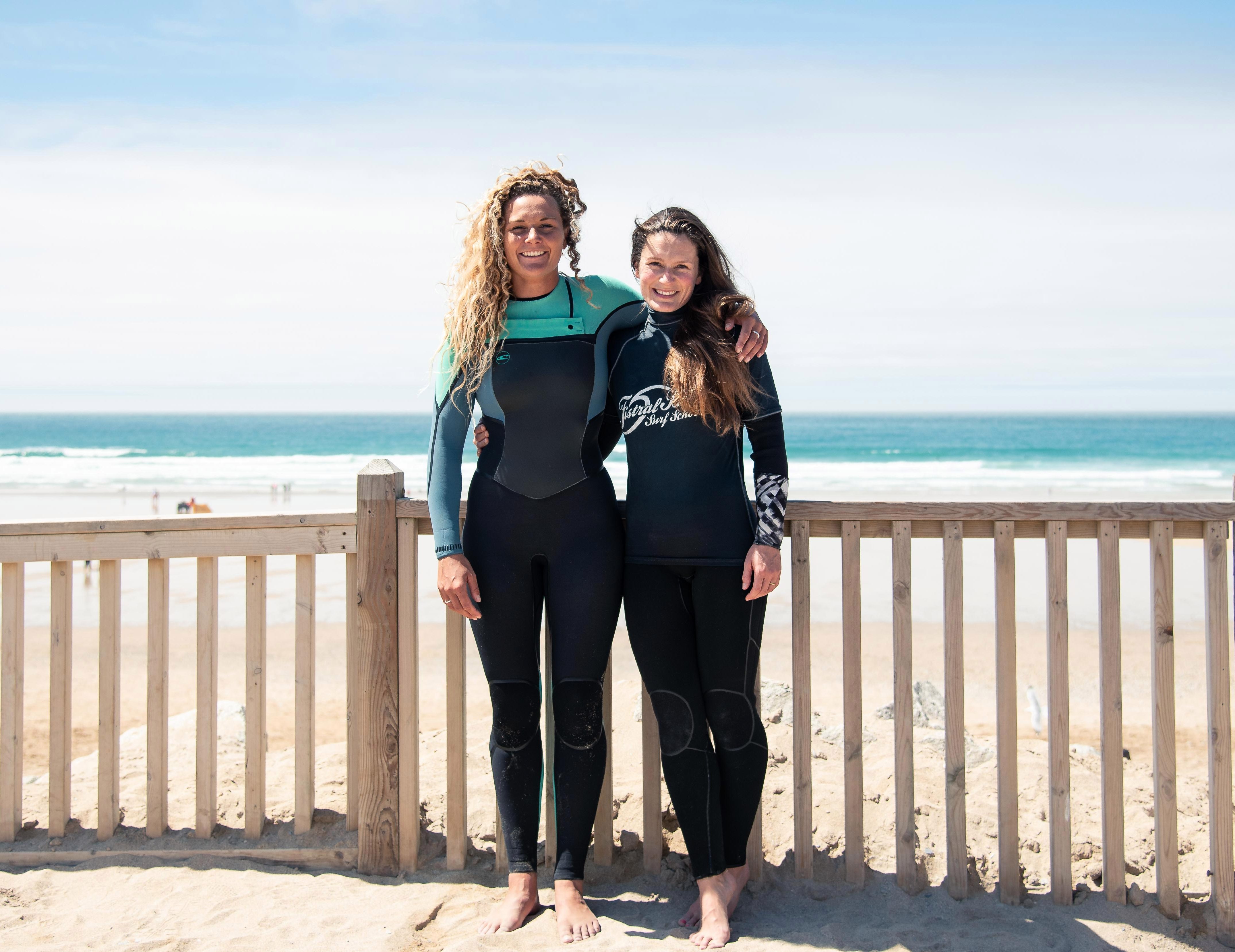 I end the session feeling totally de-stressed, and stretched enough to take on the sea below. Which is just as well — because at Fistral Beach Surf School my instructor Coco is waiting for me with a pink surfboard. I zip myself into a wetsuit and wade into the very same swell that will soon be competed on by a Who’s Who of the surfing world, including Tassy Swallow.

Although she lives in St Ives, Tassy has come to Fistral to get some practice in ahead of the contest — and gives me some tips.

“Keep your chin down,” she says as I try to copy her technique of paddling over the breakers.

“Nice wave!” she calls after I pop to my feet and shoot towards the beach. I watch in awe as Tassy catches the biggest wave, gracefully weaving up and down its glassy face.

My own attempts are less elegant — but Coco helps me choose the perfect wave (“you need to position yourself so you catch it at the peak,” she says). Soon I’m whooping like a giddy kid as I jump up on my board, feeling the water rushing beneath me as I make my own, slightly wobbly, turns on the wave.

I may not be ready for the Boardmasters competition just yet but with flying, yoga, a few waves and a cream tea, I feel like a winner anyway.