Passenger Javi Nieves, a DJ at Spanish radio station Cadena 100, captured the moment on video on a flight back from Palma. 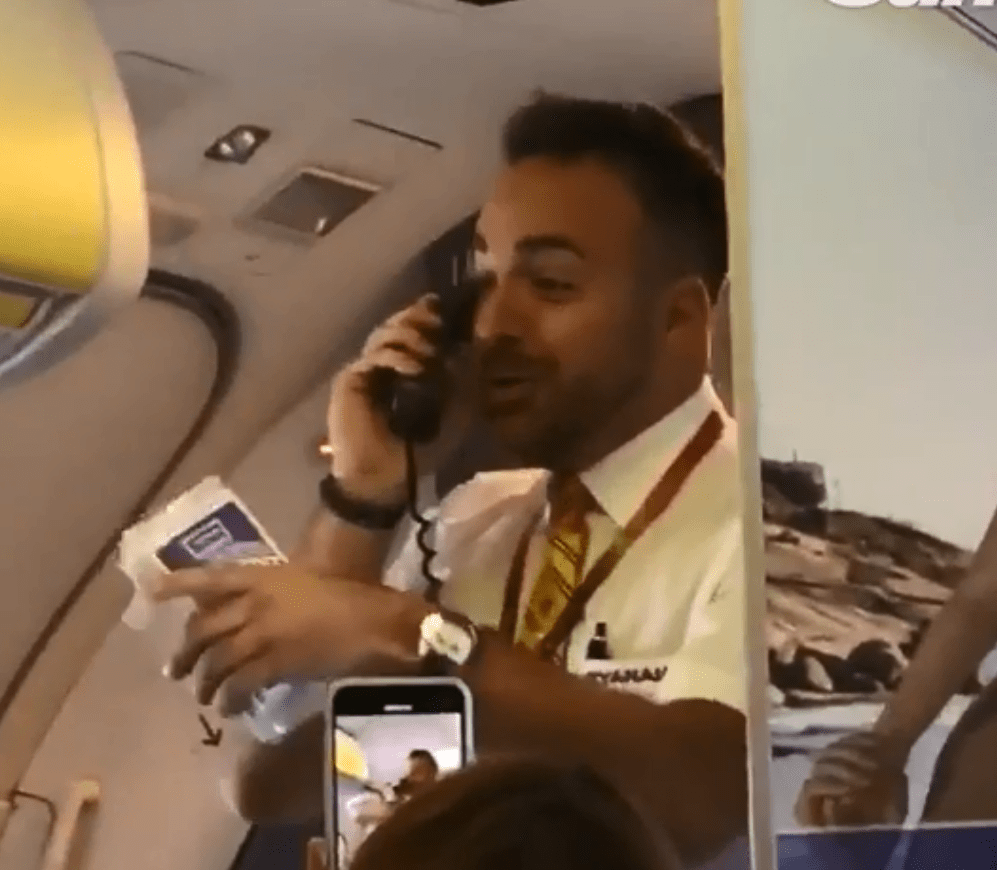 The video shows the flight attendant singing the song by Luis Fonsi for the whole plane to listen to, and looking very happy to do so.

Javi's tweet in Spanish roughly translates as: “When doing your work you should go beyond normal.

“Do your work with joy and you will change the world @ryanair. Happy Monday. Returning from Las Palmas, last night.”

This isn’t the first Ryanair staff member to show off their skills at singing or dancing. 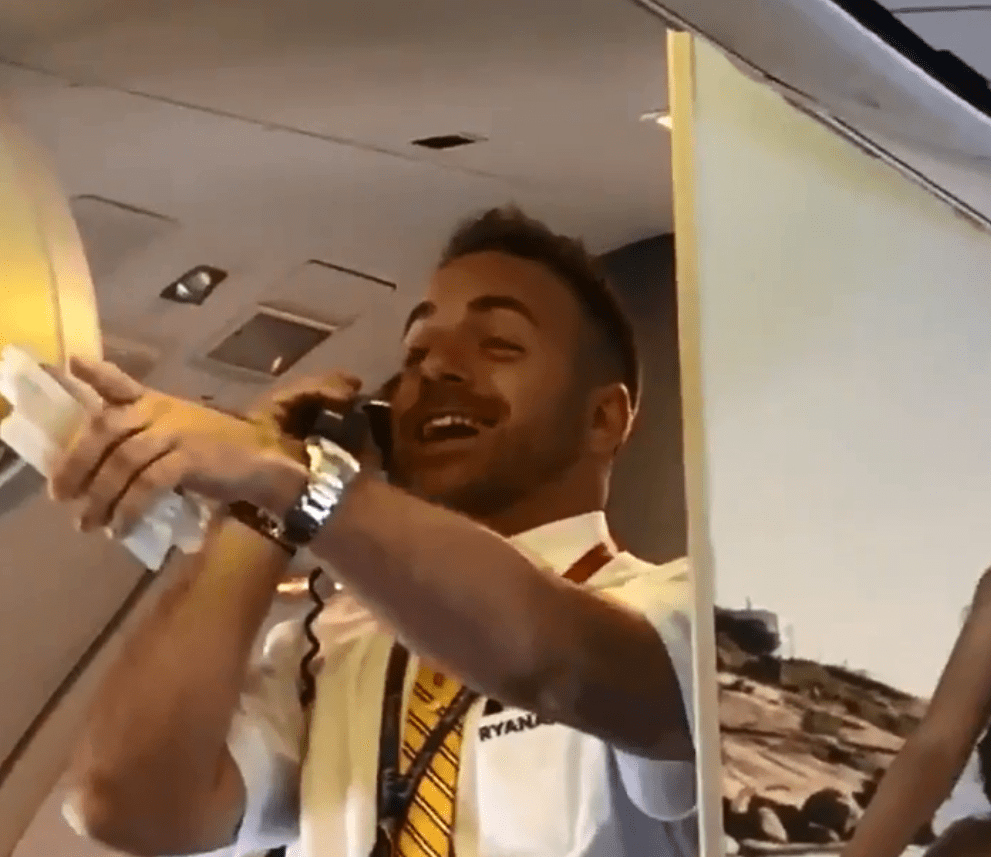 A cabin crew member recently wowed passengers with a dance routine to Toxic by Britney Spears.

In a video taken by a passenger on board that has been shared exclusively with Sun Online Travel the crew member, known simply as Paolo, struts his way down the aisle as Britney blares over the speakers to whoops from the passengers.

The passenger who filmed the video told us: "It was after all of the refreshments had been served, not long before landing.

"Then they announced over the speakers that we were going to be treated to some in-flight entertainment."

She continued: "I couldn't believe it, this isn't the kind of thing you see first hand – it's the type of thing that you watch on the internet.

"Everyone loved it though, all of the passengers clapped at the end."

This isn't the first time that a cabin crew member has attempted to copy Britney's plane-themed music video, which sees the star walking down the aisle in a futuristic bright blue uniform and talking on the phone to the captain.