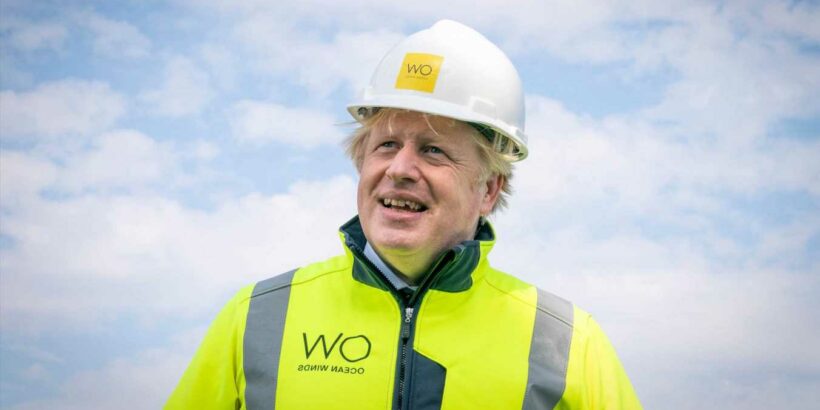 BORIS Johnson has said he wants Brits to go on holiday if they can this summer as he declared the nation open for tourists.

The Prime Minister said he wants the "industry to get going again" with holidaymakers "able to travel" and tourists "coming back into our country".

Seven countries were added to the green list last night in a huge boost to summer travel.

But the Government's "cautious" approach dashed hopes for millions still facing restrictions, with the PM begging for "patience" in the months ahead.

Boris Johnson said today ministers were trying to make travel “as simple as we can”.

But he stressed "this year is going to be trickier".

Speaking on a visit to Scotland, the PM said: “We've lengthened the interval between the changes to the guidance, but we want people to get away if they possibly can.

“We're just saying that obviously this year is going to be a bit trickier, we just ask for a bit of patience."

He added: “We want people to be able to travel, we want the travel industry to get going again.

“We want to see tourists coming back to our country."

Austria, Germany, Latvia, Norway, Romania, Slovenia and Slovakia will be added to the green list when the new changes come into force on Sunday.

France is being aligned with other amber countries, which means fully jabbed arrivals from the country will not need to self-isolate at home.

But asked on Sky News whether Spain could be put on the red list in future, Transport Secretary Grant Shapps replied: "With coronavirus you can never say there is zero chance."

Mr Johnson dodged a question about whether he would book a holiday to Spain at the moment.

He said: "We understand how important people's holidays are and I've always said that we wanted people to have holidays this summer, though I always stressed that it was going to be not the same as any other summer, unfortunately, because of the pandemic."

The Government is advising travellers to take a PCR test before they fly home from the country, rather than cheaper lateral flow tests.

He said lateral flow tests were "much cheaper, it's effective, and then if that tests positive for Covid – and very few do when they come from abroad back to this country – then have a PCR and then have that sequencing".

He added: "And the reason I say that is because lateral flow tests can be a third of the price."

The Government also announced it would raise the price of quarantine hotels, which are mandatory for travellers returning to the UK from red list locations.