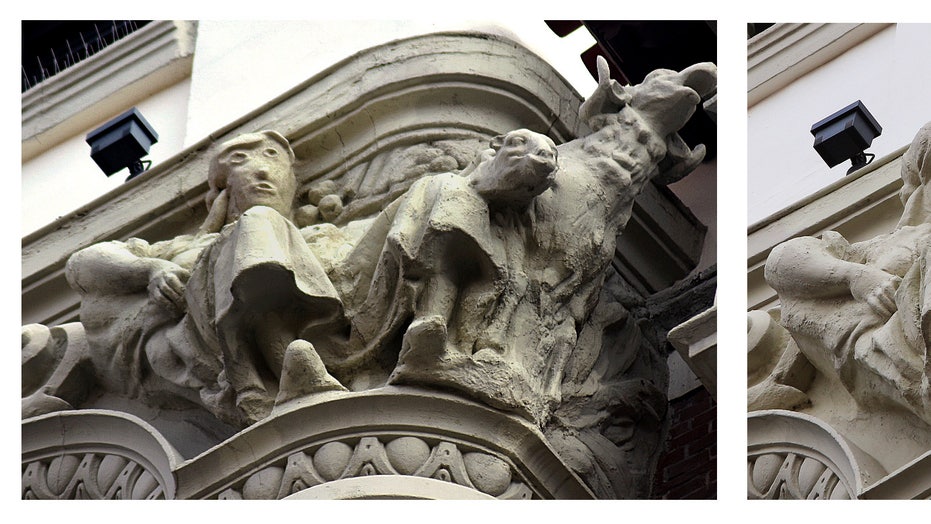 It’s "Ecce Homo" all over again.

A sculpture in Palencia, Spain, that was restored is gaining attention worldwide, and it’s not for the artist’s impressive attention to detail. 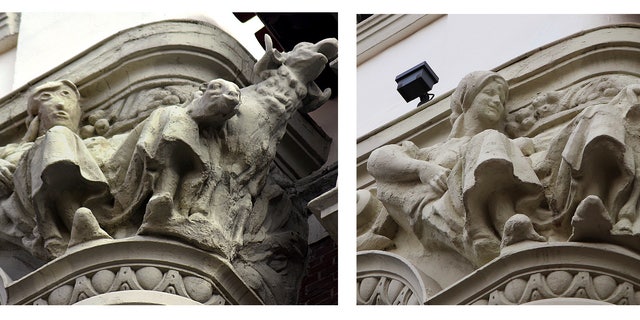 The sculpture, which was restored on the left, has drawn laughs and criticisms over its poor representation of the original, on the right.
(AP Photo/Alberto Calleja -left image- & Agencia ICAL -right image)

The sculpture, which sits on the exterior of an ornate office building in the city, once featured the realistic visage of a woman smiling, the Associated Press reported. However, now the interestingly “restored” statue has been likened to a “potato” rather than a woman.

The restoration also appears to have added what looks like a sheep’s head next to a goat. Its absence in the original photo suggests it may have fallen off and the tenants of the building simply replaced it while working on the statue’s face.

The disfigurement was bought to light by a local artist who lives near the office building and was tipped off by a florist on his street. Antonio Capel posted before and after photographs on his Facebook page, triggering a flurry of social media reaction and attention from journalists.

According to Capel, the botched update was done at least 10 years ago, but it is only not starting to gain attention.

Now people in Spain are visiting the site to take photos of the bizarre restoration.

In 2012, a similarly questionable restoration drew international attention. A local amateur artist decided the circa 1930 depiction of Christ at the Sanctuary of Mercy church needed restoration, but the face she produced in 2012 immediately drew comparisons to a monkey.

However, the poorly done “Ecce Homo” fresco became so popular that it turned the Spanish town of Borja into a tourist destination.

DURING CORONAVIRUS PANDEMIC, OZARKS WILL PAY YOU $10,000 TO MOVE THERE

With the attention the current statue in Palencia is receiving, it could possibly also turn into a tourist hotspot.

Though, local authorities are looking into why the restoration was carried out in the first place and by whom.

A Palencia City Hall spokesman who declined to offer a name following internal procedure was unable to say when the work was carried out or by whom but said the restoration would most likely be investigated by regional authorities in a statement to the Associated Press.