Jamie Farrar, 26, an operation manager from Letchworth was on a flight from Bali to Kuala Lumpur to attend a wedding when the uncooked meat was served up. 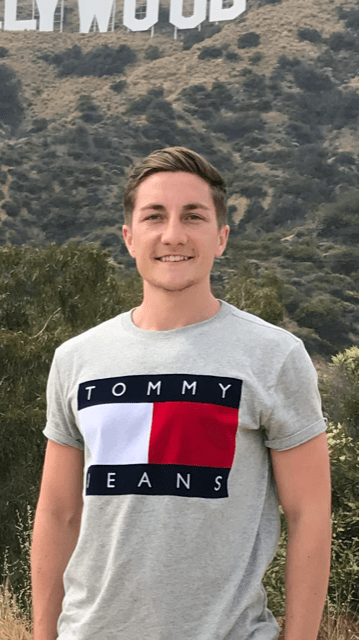 Speaking to Sun Online Travel, Jamie revealed that he wasn’t offered any more food after telling a flight attendant that his chicken was raw.

And since complaining to Malaysian Airlines about the incident, he’s not been awarded any compensation.

Jamie said: “I chose chicken skewers on my flight to Malaysia, while my brother and his girlfriend chose the vegetarian option.

“For whatever reason, when I opened up the chicken it was completely raw and pink inside." 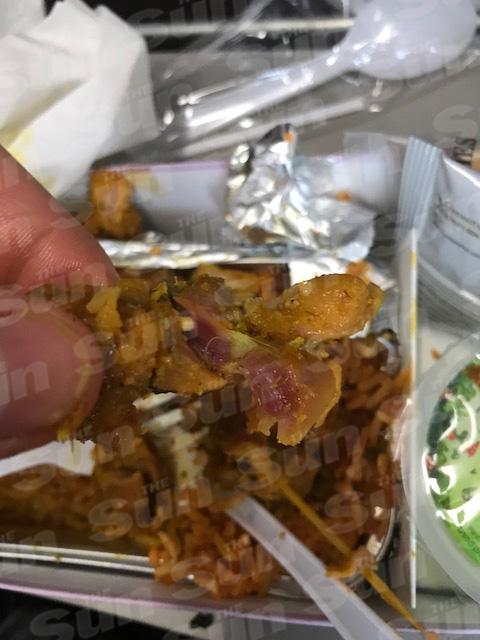 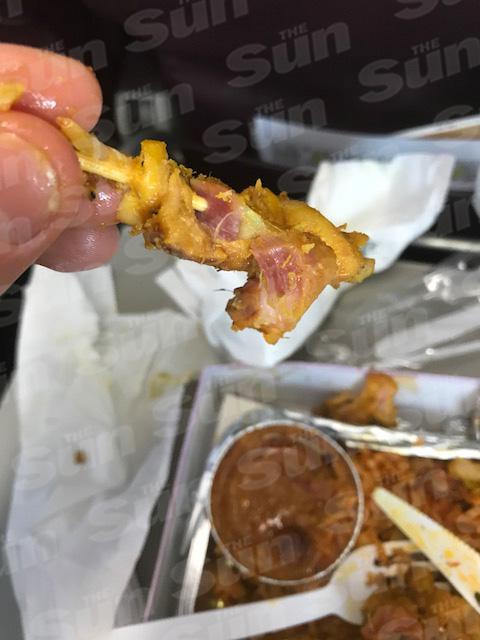 He continued: “There were three skewers and they were all the same. I immediately felt sick and disgusted and alerted a flight attendant.

“She didn’t speak very good English, and told me, ‘It’s frozen’, while shrugging her shoulders. She didn’t apologise or seem to care – she seemed completely unfased by it all.

“The flight attendant took the meal away from me and then disappeared.

“I wasn’t offered a replacement meal during the rest of the three hour flight and was left feeling very hungry.” 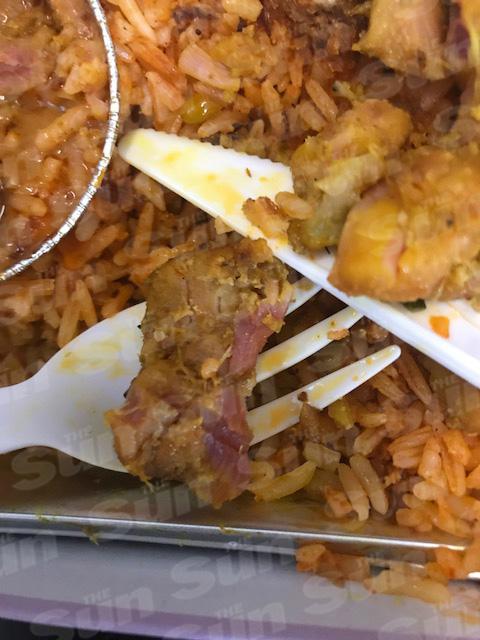 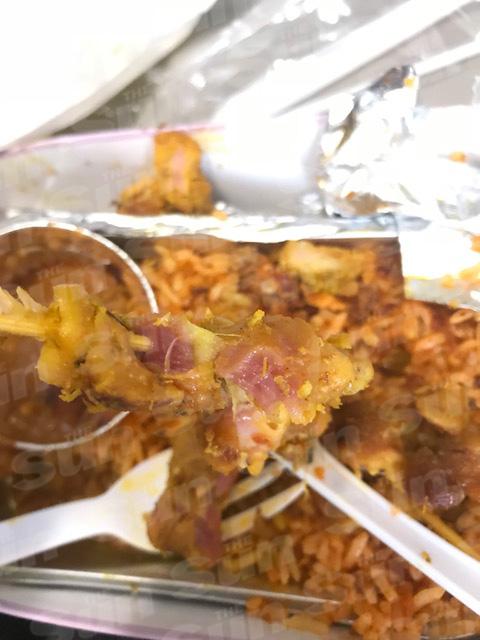 Jamie said that the majority of the people on board the flight didn’t speak English, so he was unable to speak to them to see if they have been served raw chicken too.

He said: “It did worry me that other people on the plane might have been served food that could make them ill.”

He then took a connecting flight from Kuala Lumpur to Heathrow, which was also with Malaysian Airlines, but was put off eating any more of the food on board, despite the next flight being over 13 hours long.

Once Jamie landed he tweeted the airline to let them know about what happened. 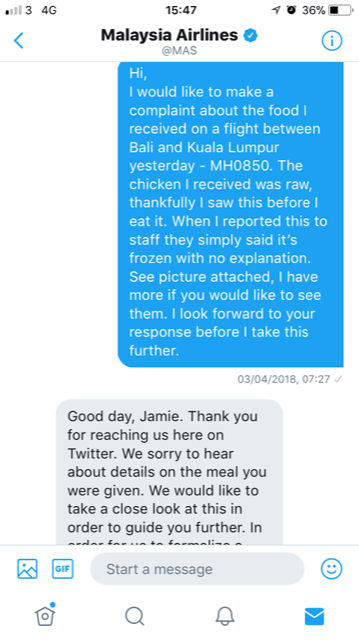 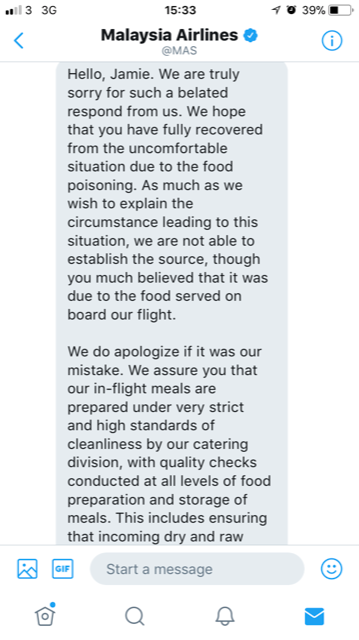 Jamie said: “They told me that they would look into it, but I had to wait four months until they came back to me.

“When they did, they clearly hadn’t done any kind of investigation at all.

“They also told me that they were sorry I had had food poisoning, which I hadn’t as I didn’t eat the chicken.

“The airline apologised, but it was clear that they didn’t have a clue what had happened." 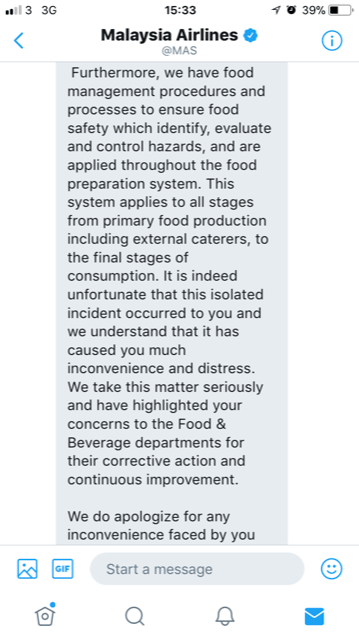 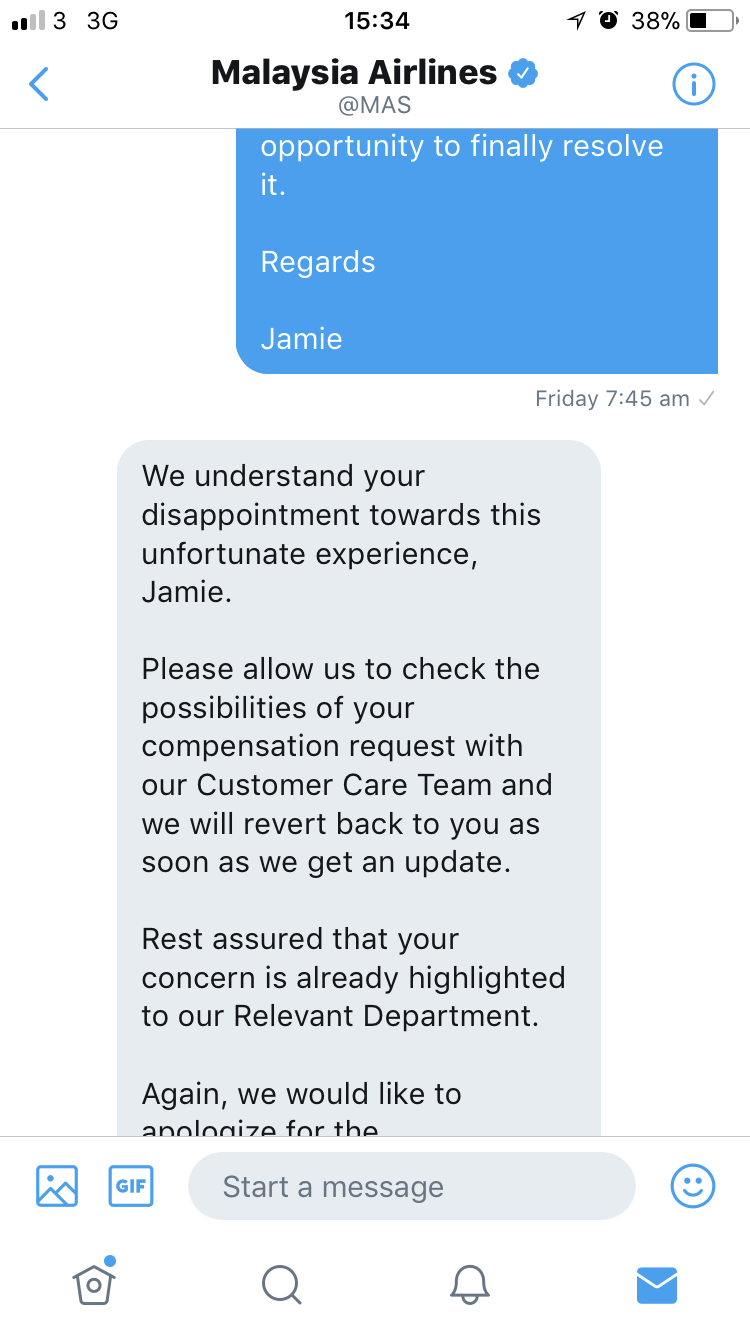 “I replied and told them that I was disgusted I hadn’t been offered any kind of compensation, and they said they would check if it was possible.

“They never came back to me after that. I tweeted them again to follow up but I got no reply.”

Jamie said: “I cannot believe I wasn’t offered any kind of compensation or replacement food on a very long journey.

“I missed out on three meals in total on my flights as I was too worried to eat Malaysian’s food again."

A spokesperson for Malaysian Airlines said: "We pride ourselves on the quality of the meals we offer on board and we regret if the passenger felt standards were below expectations on this occasion.

"The meat used for our satay is from the chicken thigh and the brining process can cause the meat to look pink even when cooked.

"The chicken is always grilled over charcoal fire at our catering unit and heated for a minimum of 18 minutes on board to ensure it is thoroughly cooked.

We previously revealed the latest on the missing Malaysia Airlines MH370 aircraft that vanished four years ago mid-flight.