This is Harry your captain here and Meghan is in the aisle! British Airways runs royal wedding flight with crew bearing the same names as the happy couple

The eyes of the world will be watching Prince Harry and Meghan Markle walk down the aisle of St George’s Chapel at Windsor Castle after marrying on Saturday.

But at 36,000 feet, a crew all named either Harry and Meghan will be walking up and down the aisle of a different kind – on a British Airways jet serving drinks to British Airways passengers celebrating the royal wedding.

The airline has revealed that their BA93 service from London Heathrow to Toronto on Saturday will be staffed by two Harrys, seven Megans and one Meghan. At the controls will be Senior First Office Harry Blake. 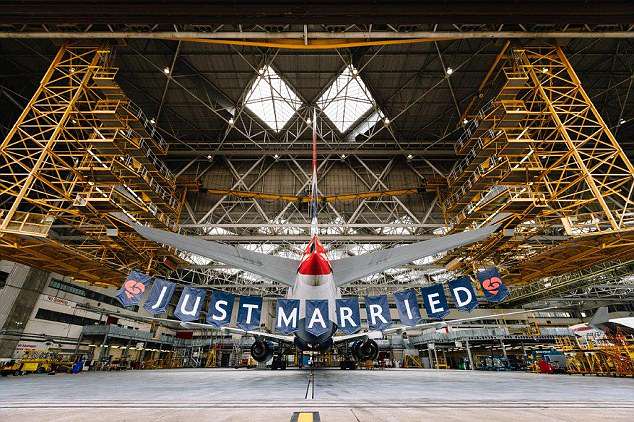 The flight’s destination of the Canadian city is where actress Meghan used to live while filming Suits and is where she made her first public appearance with her royal husband-to-be.

BA customer service manager Megan Horsley will lead the onboard crew and said the specially-staffed flight was a fitting homage but admitted it would have its drawbacks.

She explained: ‘I’ve flown with another Megan once or twice before, but never seven so we might have to all call each other by our surnames during this very special flight.

‘Harry and Meghan’s relationship started across the Atlantic so it seemed fitting for all of us to take-off to Toronto on their special day.’ 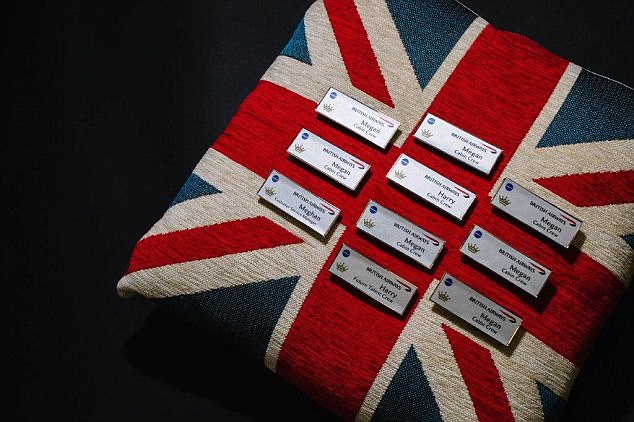 British Airways said the flight from London Heathrow to Toronto, the city where Markle used to live and where the pair made their first public appearance together, will be staffed by two Harrys, seven Megans and one Meghan, and flown by Senior First Officer Harry Blake

BA’s special flight will depart from Heathrow at 1.10pm, an hour after the couple say ‘I do’ at Windsor Castle, just seven miles from the airport.

Extra champagne will be loaded on to the flight and the ‘Royal Crew’ will give every customer on board a personal bottle of Castelnau Blanc du Blanc to enjoy alongside an individual celebratory wedding cake.

BA also said any passengers named Harry, Meghan or Megan flying on Saturday will be allowed to use its first-class lounge at Heathrow’s Terminal 5 and all customers on the day will be given lemon and elderflower Victoria sponges, the same flavour as the royal couple’s wedding cake. 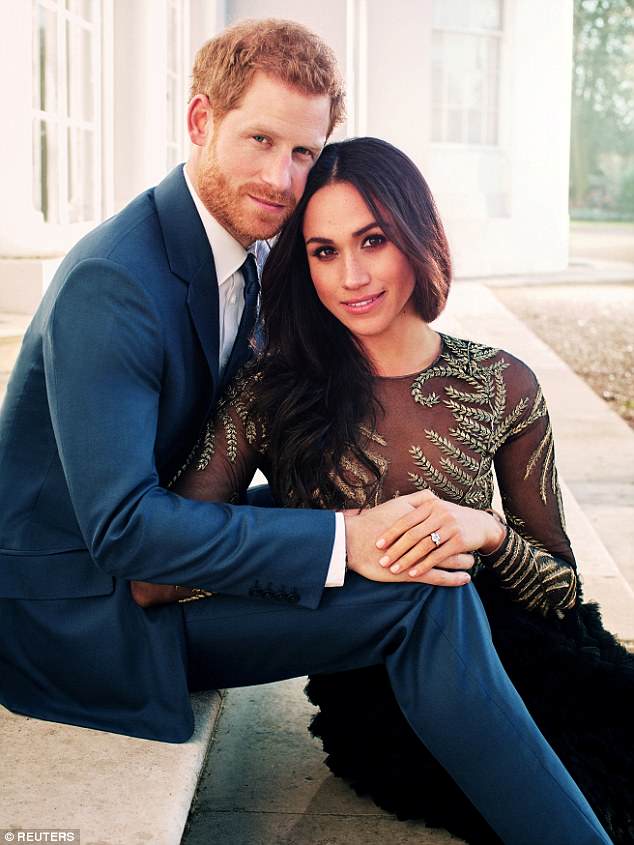 BA’s special flight will depart from Heathrow at 1.10pm, an hour after the couple say ‘I Do’ at Windsor Castle, just seven miles from the airport

Wedding highlights will also be available to watch on flights from Sunday, BA said, as well as Suits, the TV series where Markle made her name, and documentaries on the couple and Windsor Castle.

Earlier this month British Airways launched a new three-per-week service to Toronto from Gatwick which is the airline’s first flight to Canada from the London airport.

Companies like BA are seeking a slice of the action as wedding fever builds ahead of the big day, when thousands of royal fans are expected to descend on Windsor.